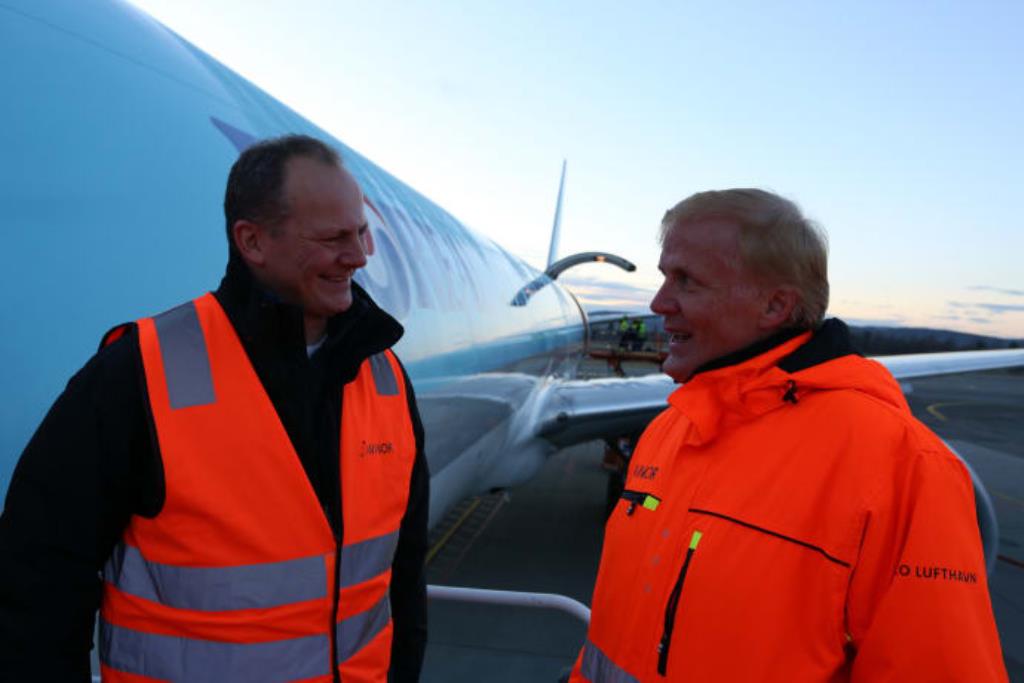 Oslo Airport’s recent freighter service wins, fuelled by rapidly rising demand for seafood, has led the airport to consider building a new seafood centre and new areas for air cargo.
The Norwegian airport’s operator, Avinor, said that in conjunction with exporters it has been working on a feasibility study to look at building a 15,000 sq m air cargo seafood centre.
The airport operator is also considering making new areas available for air cargo, although what this would entail was not revealed.
Avinor chief executive Dag Falk-Petersen said: “The current direct flight capacity from Norway is not sufficient to meet the increased demand for fresh seafood in Asia and North America.
“Every day, almost 600 tons of Norwegian seafood is exported as air cargo to the world. Only 30% of this goes by air from Oslo Airport, the rest is carried by land transport to Europe for flight connections to Asia and North America.
“The main players in the Norwegian export industry want future-oriented facilities at Oslo Airport.
“These must be able to accommodate future growth, ensure top product quality and facilitate export of Norwegian seafood in an even better way.
“We are therefore inviting private actors in the export industry to build and operate a state-of-the-art seafood centre that will give Norway an important competitive advantage compared to other countries and airports.”
Norwegian exports of seafood are expected to grow by almost 500% over the next 20-30 years.
The Norwegian Seafood Federation is also keen on strengthening Oslo Airport as a national hub for air cargo because of its location close to the main distribution sites in the country and the increasing number of intercontinental flights.
Norwegian Seafood Federation deputy managing director Trond Davidsen said: “The seafood industry is vital for the Norwegian economy, and there is a huge potential for increasing value creation in the years to come.
“New and future-oriented facilities at Oslo Airport for transport of fresh seafood to Asia and North America will make the Norwegian seafood industry even more competitive.”
Salmon has grown to become Europe’s number one air cargo product and a spate of freighter operators have launched services from the airport over the last few months to capitalise on the growth.
In November, AirBridgeCargo launched a twice-weekly service to Moscow – where cargo can connect with flights to the US and Asia – using a Boeing 747 freighter.
This follows Cargolux adding Oslo as a stop on its New York-Luxembourg service in October and Emirates adding a weekly call between the Norwegian Airport and Dubai using a B777.