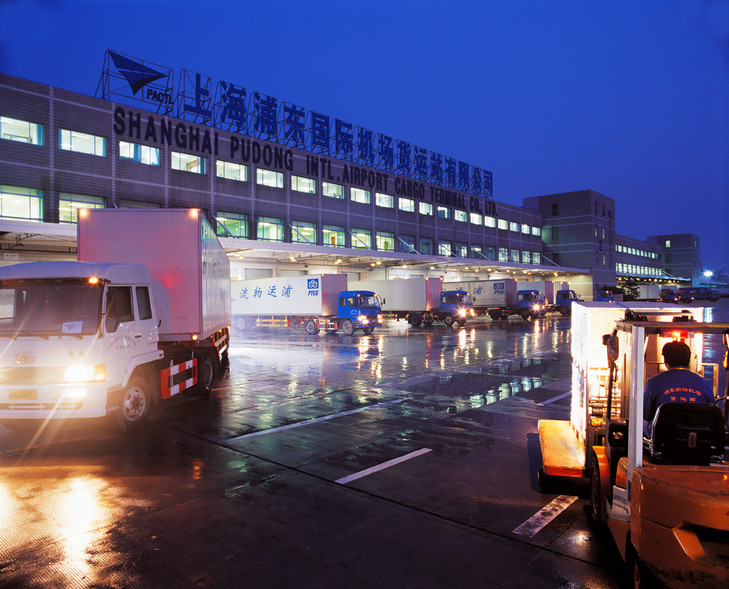 Shanghai Pudong International Airport Cargo Terminal (PACTL) saw record volume in the first half of 2017, beating the tonnage handled in the corresponding period of last year by 12%.
Total tonnage at the handler – the airport’s largest – for the first half of 2017 was 873,573, up 12% on 2016. Strongest performance was on international imports, which were up 17.1% to 353,587 tons. International exports grew 10.3% to 471,781 tons, although there was a 4.3% decline in domestic cargo.
PACTL vice-president Christian Haug put the increase down to the rapid recovery in the global economy since mid-2016 which is driving strong volume growth international exports, as well as imports into China.
He added: “The market performance is a little bit surprising…but still within our expectations.” With the peak season approaching, PACTL is quite of annual volume of over 1.8 million tons this year, he said.
PACTL meanwhile held a briefing for airlines and export forwarders on its Easy Cargo integrated digital air cargo platform on 12 and 13 June.
The first pilots are expected to take place shortly and all training and preparation works are on track, says PACTL. Over ten airlines are working closely with the handler and 46 forwarders have signed up for training courses, while ten forwarders have been carrying out test operations.
PACTL estimates that around 200 people will have received Easy Cargo training by the end of August.