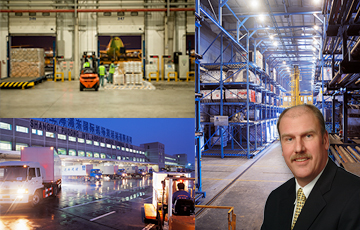 SHANGHAI’S Pudong International Airport (PVG) is a work in progress, with two extra runways and a 3,300 sq m cargo centre for perishable goods just part of the expansion plans for the world’s third largest airfreight hub.
Added to that is the emerging Shanghai Free Trade Zone, a pilot project by the government in Beijing which could serve as the template for similar manufacturing and distribution hubs in China.
PVG, where runways four and five are under construction, handled 2.9 million freight tonnes in 2013 according to ACI data. The airport will soon have a new Perishables Centre, to cope with growing demand for temperature sensitive goods.
Terminal operator Shanghai Pudong International Airport Cargo Terminal Co Ltd (PACTL), whose shareholders include Lufthansa Cargo, is building the cool chain handling unit.
Lutz Grzegorz, PACTL’s vice-president production, IT, sales and marketing, says that the perishable centre is a response to an “urgent need” experienced over the last two years. PACTL registered a 14.4 per cent rise in total volumes to 321,549 tonnes in the first three months of 2014 alone.
Grzegorz said: “Despite the fact that we have already quite a high number of freezers and coolers, we had to add additional equipment every year because the growth rate for perishables was so much higher than for other commodities.
“In order to cope with this continuous growth we needed a dedicated new facility, and in addition to what we currently provide.”
The new facility will be located near to the PACTL cargo terminal, around 60 metres away, having the proximity required for sensitive goods.
“We are beyond the planning stage, the design has been discussed, and we have agreement among senior management to go ahead. We will still need to get some official documents but we remain very positive that the perishable centre will be ready for next high temperature season in 2015,” says Grzegorz.
The facility, believed to be the first airport ambient warehouse cooling area in China, will have enough space to park units requiring a certain temperature range, including additional cooler and freezer.
“We have dedicated curtain gates to load or unload the pick up trucks, plus a total area of around 3,300 sq m that should give us enough space for the end of the decade,” said Grzegorz.
“The pharma business, in particular, continues to grow, and some of the bigger pharmaceutical companies are already setting up their own factories in China, which means they will produce not only for the local market but for the international market too.”
PACTL has also witnessed an increase in seafood volumes coming into China. These do not need to go into a freezer or cooler at the airport because they will be picked up very quickly.
“But in summer,” adds Grzegorz, “we have temperatures of up to 40 degrees C, so it is no good keeping it in a normal warehouse, even with dry ice etc. So these goods will also be taken into the ambient area, where it is like a shopping mall. The temperature range is somewhere between 18–22 degrees, and that is good enough for an hour’s pick up.”
PACTL hopes to work with bodies like the World Health Organisation to be certificated for the handling of perishables to international standards, rather like its TAPA accreditation for the security of high value goods.
Shanghai’s special FTZ status sparked a frenzy of applications for similar licences across the country, resulting in Beijing suspending the application process.
Says Grzegorz: “Shanghai is often the Chinese test market for cargo, be it e-AWB or e-freight issues, VAT or the free trade zone. There is a political decision to implement reforms and study then the overall impact.
“Around 4,500 companies have registered for the Shanghai FTZ. It is good for the domestic market because that has to develop more. The FTZ gives companies the ability to keep in parts in storage for distribution but to pay the duty only when they come to collect it.”
What will be the impact on the airport? There is sufficient space available to create the support infrastructure says Grzegorz, adding that the FTZ will provide further opportunities for the likes of Chinese internet retail giant Alibaba to use distribution services based at the airport.
Says Grzegorz: “We are only at the beginning of the Alibaba effect.”
Share this story