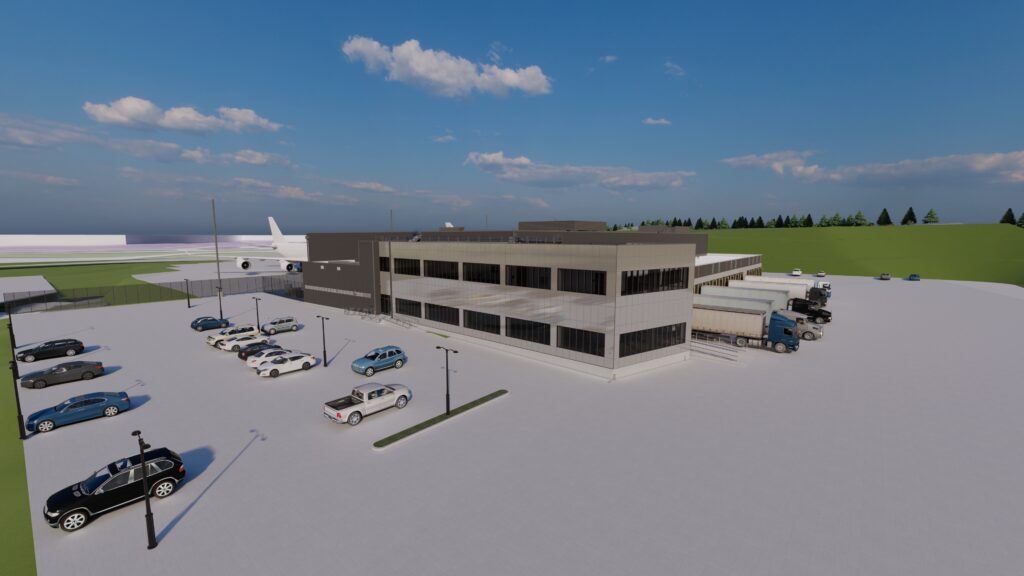 The agreement, which will establish airfreight and passenger services between the hubs, is also expected to boost their sales and marketing efforts for cargo.

PIT said cargo is already a key part of its business plan as officials look to build the airport into an international logistics center, “capitalising on its abundant space and ideal geographic location”.

The hub plans to expand its air cargo operations with a 75,000 sq ft cargo processing facility and an adjacent parking area (pictured). The project will be funded through an $18.69m Build grant awarded to the airport by the US Department of Transportation.

Scheduled to open in 2024, PIT’s new Cargo 4 facility will serve as a distribution hub throughout the eastern US, “making the Western Pennsylvania region more competitive in a growing industry and positioning the airport as a gateway for international logistics”.

Meanwhile, ANC — which processes more than 3.2m tonnes of cargo each year — said it can be reached by 90% of the industrialised world within 9.5 hours by plane.

It was ranked as the fourth busiest cargo airport in the world in 2020 and currently serves 28 widebody air cargo carriers.

“We’re excited to partner with one of the busiest cargo airports in the world as we continue to sell Pittsburgh as a convenient — and speedy — cargo destination.”