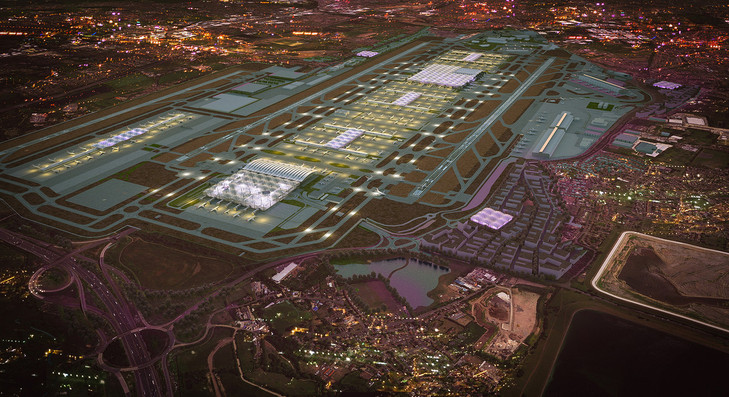 Property firm Colliers International has warned that there may not be enough space to accommodate increased demand for warehouse space in the Heathrow area following MPs vote in favour of expansion.
Following the announcement that MPs have backed plans to build a third runway at London’s Heathrow airport, Len Rosso, Head of Industrial and Logistics at Colliers International said: "Industrial land values and rents are already at record highs around Heathrow, reaching well in excess of £3.5m per sq ft and £16 per sq ft, respectively.
"The positive outcome from Monday’s vote on a third runway has removed any uncertainty regarding development and it is likely to help propel demand and rents to even more stratospheric levels as occupiers adapt to the increased traffic flowing through the airport.
"I have deep concerns that the industrial sector will quickly find itself incredibly challenged by the severe lack of suitable land around the airport and the dearth of speculative space in the development pipeline.
“In the face of increased demand, landlords may look at the possibility of two storey warehouse units again, but the industry was slow to take to SEGRO’s X2.
"Another possibility is creating warehouse space underground, such as what is being planned at Rectory Park in Hounslow, but the costs are significant and the market appetite for this type of space hasn’t yet been tested.

“We need to find a way to ease the development pipeline pressures and I urge local councils and planners to work closely with our industry to deliver a smart and strategic industrial development plan around Heathrow.
"Not least, a reassessment of the considerable amount of green belt land around the airport that is under council jurisdiction, which has strong potential to be converted for industrial use.”
Meanwhile, SEGRO, the property firm that owns most of the airside cargo terminals at Heathrow airport, has welcomed the vote by the House of Commons in favour of expansion at the UK’s number one airfreight hub.
David Sleath, chief executive  of SEGRO, said: “The vote in favour of a third runway at Heathrow is great news. We have long supported the need for additional capacity at the UK’s hub airport – the largest port by value.
"The third runway will double cargo capacity, securing British trade links to the global economy. This is a significant milestone but now we must build the momentum for delivery.”
In March 2017, the industrial warehouse developer paid £365m to acquire 100% control of Airport Property Partnership (APP), whose assets include the majority of Heathrow Airport’s airside cargo facilities.
SEGRO bought the 50% interest in the APP joint venture that it did not already own from partner Aviva Investors in a £216m cash transaction and the disposal of £149m in assets to Aviva Investors.
APP has a £1.1bn portfolio of airside and landside assets at and around London’s major airports, of which 87% (by value) are located at Heathrow.