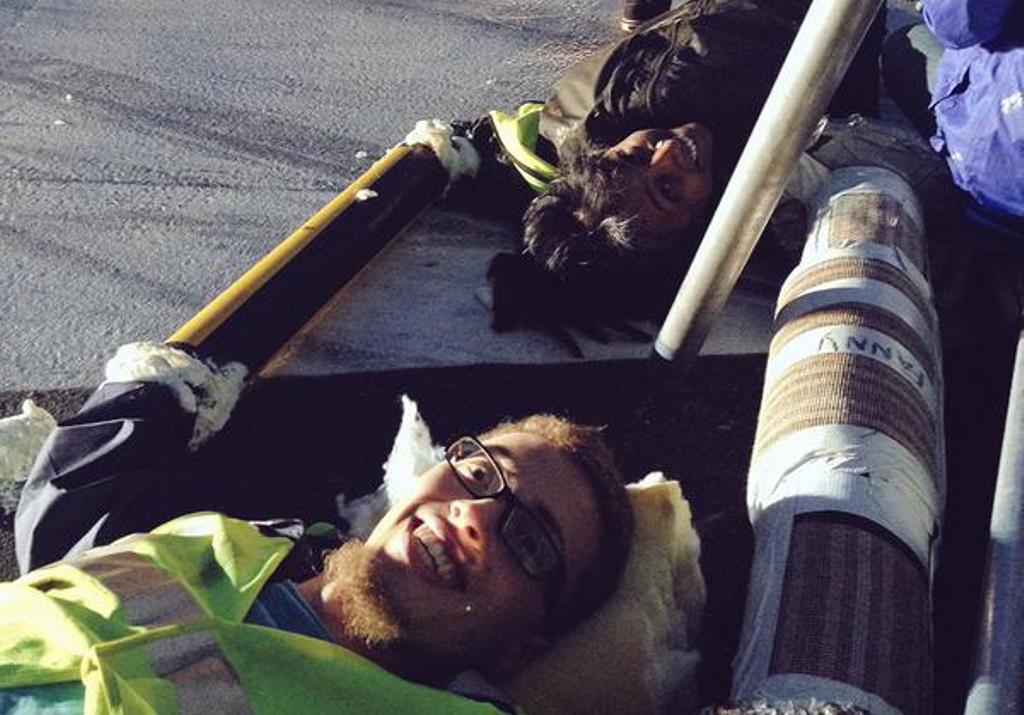 Protesters against expansion at Heathrow have caused delays and cancellations to flights this morning after they gained access to the airport’s runway.
At 03.30 this morning, members of the Plane Stupid protest group managed to cut through a fence and chain themselves together on the runway causing 13 flights to be cancelled and delays to other flights.
“Due to protest activity at the airport, there may be delays and cancellations and you are advised to check your flight status below before travelling to the airport,” the airport said.
“We are sorry for the disruption and our priority remains to ensure the safe running of the airport.”
Aside from the disruption caused, the action is also the first direct response protest since the Airports Commission recommended the construction of a third runway at Heathrow over expansion at Gatwick.
The recommendation is non-binding and the UK government will make a decision on which scheme to go-ahead with before the end of the year.