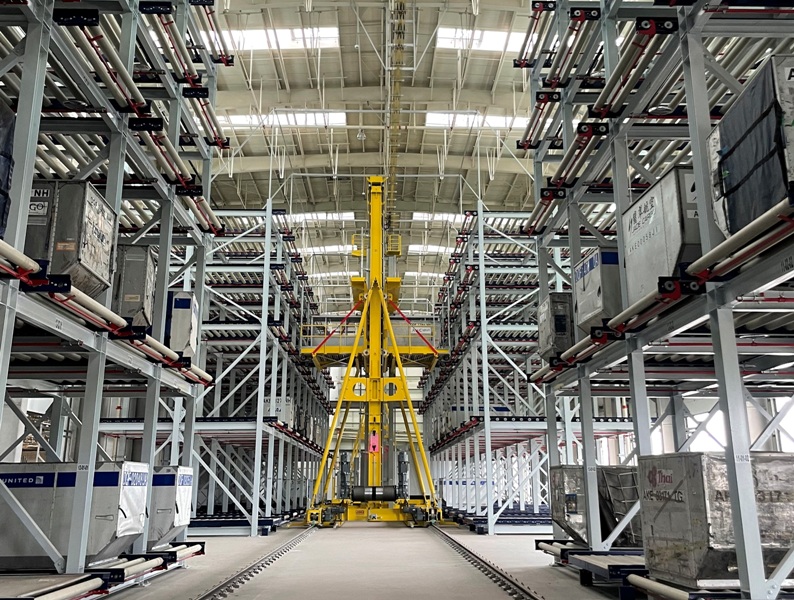 The recently opened Chengdu Tianfu International Airport in China has added a fully automated cargo terminal as it prepares for cargo growth.

The airport opened in June 2021 and can handle 60m passengers and 1.3m tonnes of cargo and mail annually.

In a second expansion phase, three additional runways will be added, and the capacity will increase to 120m passengers and 2.8m tonnes of cargo and mail per year.

In addition to the international cargo terminal, Lödige Industries also supplied airport operator Sichuan Airport Group Co with equipment for the airport’s domestic cargo terminal as well as for a special warehouse for hazardous goods and an express distribution centre. It also includes an international export goods supervision warehouse.

In total the contract provides ULD and pallet handling equipment for more than 83,000 sq m of cargo facilities.

“We are convinced that with the fully automated, highly modern and scalable terminal, Tianfu Airport in Chengdu is optimally prepared for future growth and can easily meet its high standards and its role as a major air cargo location and international hub at all times,” said Nicholas Tripptree, managing director of Lödige Industries for the Asia Pacific region and Australia.

Together with the air cargo terminal for China Eastern at Shanghai Pu Dong Airport, Lödige Industries now has three flagship facilities in mainland China that “serve as a prelude to long-term and sustainable growth in the Asia-Pacific region”.

China-based SF Airlines has expanded its freighter fleet to 72 aircraft. The cargo airline said it recently put a 767-300BCF…