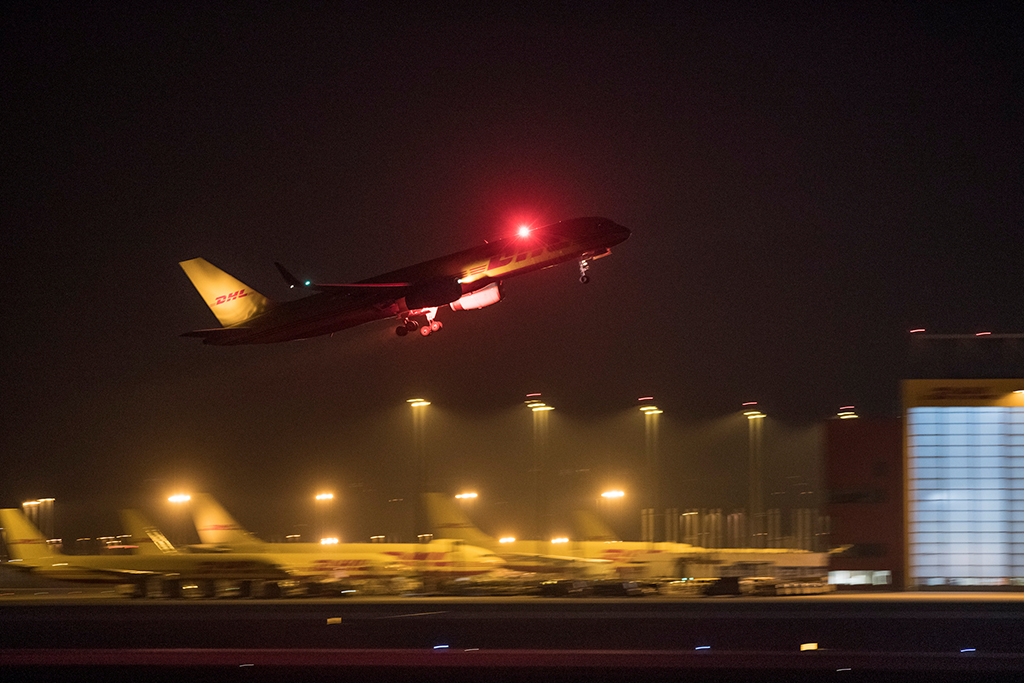 Leipzig/Halle Airport handled 298,500 tonnes of airfreight in the first three months of 2018, a 12.3% increase on same period last year.
The German gateway, and Europe’s fifth-largest cargo hub, handled about 107,500 tonnes in March, setting another monthly record.
Leipzig/Halle Airport handled 1.14m tonnes of airfreight in 2017, a 8.2% rise over prior year, which also represents an elevenfold increase in cargo volumes over a decade.
The volumes handled by DHL express hub operation at Leipzig/Halle are the primary driver of growth at the airport.
Volumes are further boosted by an extensive portfolio of freight charters by 60 cargo airlines provides a route network connecting more than 200 airports around the globe. Leipzig/Halle Airport does not have a night time flight curfew.
Johannes Jähn, managing director of Flughafen Leipzig/Halle, said: “The significant growth in freight volumes underlines the potential at Leipzig/Halle Airport, which offers ideal conditions for air traffic and logistics companies as a multimodal base at the heart of Europe.”
Leipzig/Halle is also the home base for AeroLogic, a joint venture operated by DHL Express and Lufthansa Cargo.
Two Antonov 124-100 aircraft have been permanently stationed at Leipzig/Halle since March 2006 as part of the SALIS Project (Strategic Airlift International Solution), providing freighter uplift for key members of the NATO western military alliance. Russia’s Volga-Dnepr announced two weeks ago that it will withdraw from SALIS at the end of this year.
The airport is also the base for a subsidiary of the Volga-Dnepr Group, Aircraft Maintenance and Engineering Service (AMTES), which has a maintenance basis for Antonov 124 and western aircraft at the airport.
Read more Cargo Airport News