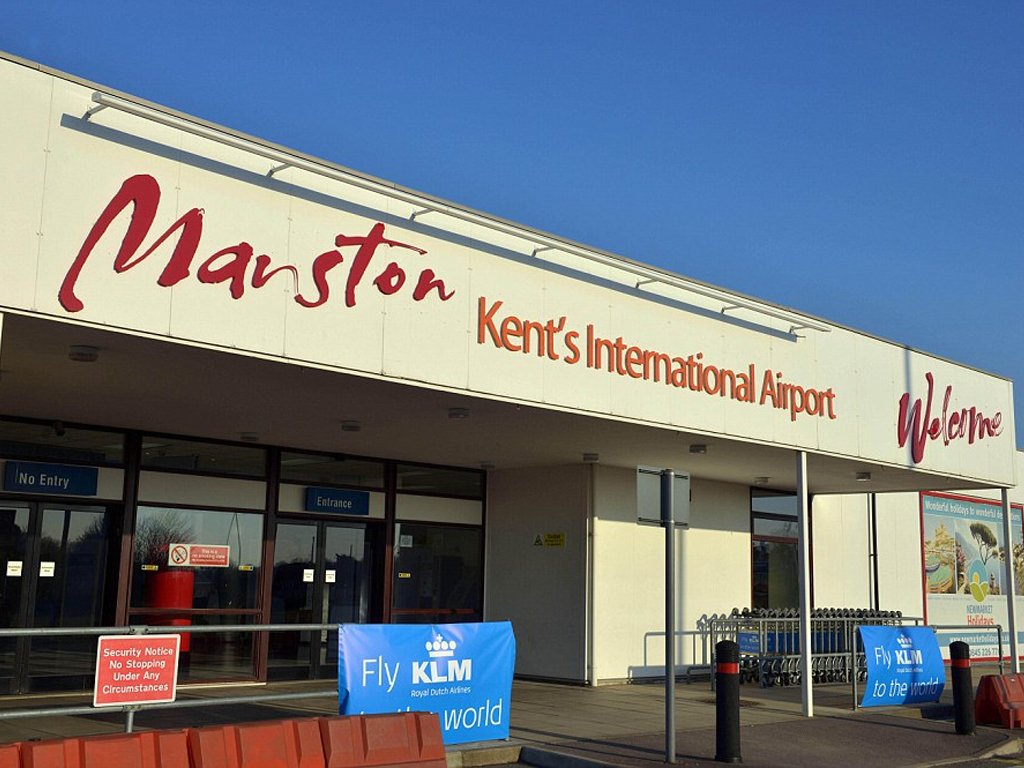 A report commissioned by the local council is unenthusiastic about plans to reopen Manston Airport in south-east England as a cargo and passenger hub.
Aviation industry experts, AviaSolutions said that airport operations at Manston are unlikely to be financially viable in the longer term and almost certainly not in the period to 2031 in the study, which was carried out as part of the evidence for Thanet District Council’s Local Plan.
Under the existing Local Plan, Manston is reserved for aviation use but as the airport has been closed for two years the council is required to show evidence if it wishes to maintain that status.
Manston airport was closed by then owners Stagecoach transport operator Ann Gloag in 2014, in a move that was widely criticised by the air cargo industry. With one of the longest runways in the south-east and few flying restrictions, the airport was used by all-cargo operators as an alternative to other London area airports such as Stansted, particularly for perishables from Kenya. There had also been a number of attempts to develop passenger services, though none of these proved viable in the long term.
Since its closure, US hedge fund RiverOak Investments drew up plans to reopen Manston, primarily as a freight gateway, and made a pre-application inquiry to planning inspectors for a Development Consent Order. However, the current majority owner of the site, Stone Hill Park, was unenthusiastic, favouring redevelopment of the airport for housing and other non-aviation uses.
In the council-commissioned report, AviaSolutions concluded that even under the most favourable conditions for Manston – namely that no new runways are built at Heathrow or Gatwick – the airport would not be profitable until 2029 and it would not be until 2043 that it would begin to generate significant profits.
If a third runway is built at Heathrow, on the other hand, while passenger traffic at Manston could grow materially until 2030, it would fall significantly afterwards and it is doubtful that private investors could be attracted to the scheme.
In response, RiverOak said it would continue to develop its plans for Manston and that the AviaSolutions report was “irrelevant”. Its evidence on freight demand was “extremely thin”, saying that the only forecast relied on was “a statement of freight volumes from 2000-2012, when it is widely accepted that there is a considerable and growing level of unsatisfied demand”. It said AviaSolutions’ report also ignored ample evidence from at least eight respected studies including Transport for London, the Centre for Economic and Business Research, Boeing and Oxford Economics, that air freight traffic in the UK is severely constrained by a lack of runway capacity and there is enough demand to satisfy not only a thriving Manston in the future but also, in due course, a third runway at Heathrow too.
AviaSolutions had come to its conclusions on the basis of just four interviews on freight, two of which were positive, said RiverOak, adding that it would publish a more detailed response in due course.
The Supporters of Manston Airport group added that it was “extremely disappointed, and somewhat surprised” by the AviaSolutions report. It said that it appeared “to focus heavily on passenger traffic which we all know hasn’t proved viable in the past…RiverOak have been studying the airport market for over two years, not just two months, and feel they have a clear idea of the potential in that market.”
Riveroak also said it would continue to pursue a Development Consent Order, the campaigners said.
The group added: “This report need not mean the end for Manston Airport. It will have to go before the council, many of whom are staunchly pro-airport”, although the group added that it was “disappointed” with the council leader’s comments on the issue on 4 October.
The issue has got caught up in the region’s tangled local politics. The local council is led by the right wing UK Independence Party, whose leader Chris Wells accused RiverOak of failing to produce a proper business case, and who also criticised local North Thanet Conservative member of Parliament, Sir Roger Gale of failing to back the plan. However, Sir Roger accused the council leader of wriggling off the hook or an election promise to save the airport.
Mr Wells was strongly criticised when the council voted against a plan by RiverOak to buy out the airport in October 2015.