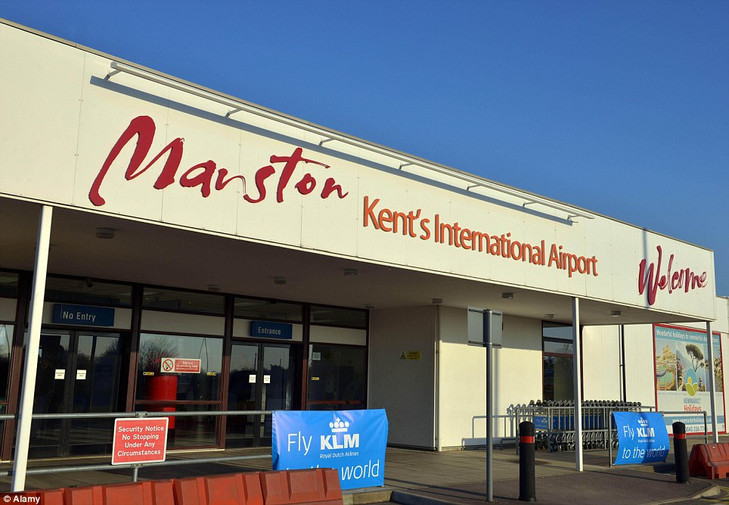 US hedge fund RiverOak has submitted a scoping report outlining its plans for the redevelopment of Manston airport in the southeast of the UK.
The report has been produced with the purpose of obtaining a scoping opinion from the planning inspectorate, which will be used to inform a more detailed Environmental Impact Assessment.
The report outlines RiverOak’s plans to develop the disused airport, which has been closed since 2014, as a new airfreight and cargo hub for the southeast.
The proposed Manston Airport plan involves the development of an airfreight and cargo facility with the capacity to handle more than 10,000 air transport movements of cargo aircraft per year as part of the provision of air cargo transport services.
“This Nationally Significant Infrastructure Project (NSIP) will help provide much needed additional airfreight and cargo handling facilities in the south-east of England in accordance with the government’s stated aim to maintain the UK’s status as a global hub for aviation,” the report states.
RiverOak said that while there are other plans to develop airport capacity in the southeast, either at Heathrow or Gatwick, these projects are likely only to increase cargo capacity carried in passenger aircraft.
“Currently the airports in the southeast that handle a significant proportion of dedicated airfreight are Stansted and Luton airports, but neither of these airports is in a position to expand to meet an increase in airfreight demand,” the report states.
“Stansted airport is already affected by a shortage of time slots and night noise quota limits, and Luton is constrained by space for airside development.
“The only airport in England with significant dedicated airfreight and the capacity to expand is East Midlands Airport, however this is located at a significant distance from London and the main markets in the southeast, and would be less able to capitalise on opportunities to recapture market share from other European airfreight airports.”
To complement the freight services, Manston Airport will also contain facilities for other aviation related development, such as an aircraft maintenance repair and overhaul (MRO) facility, aircraft recycling facility, flight training school, limited passenger operations, and land allocated for other aviation related businesses.
RiverOak said the existing 2,748 m east-west aligned runway would be likely to be kept, but may need to be refurbished.
The existing taxiway network would require modification to be compliant with regulations that allow the widest number of operators to use the facility.
There would also be two new areas of apron to provide parking slots for up to 18 aircraft.
Meanwhile, the cargo facilities located to the north east of the airport would be relocated with new cargo facilities, covering around 66,000 sq m with a height of 15 m, built to the north of the airport apron. New access roads would also be built.
In January, RiverOak submitted a pre-application inquiry to the Planning Inspectorate. A full application is expected by the end of the year.
Manston was closed by then owners Stagecoach transport operator Ann Gloag in 2014, in a move that was widely criticised by the air cargo industry.
A rival scheme from developer Stone Hill Park aims to turn the airport in a housing, business and leisure estate.