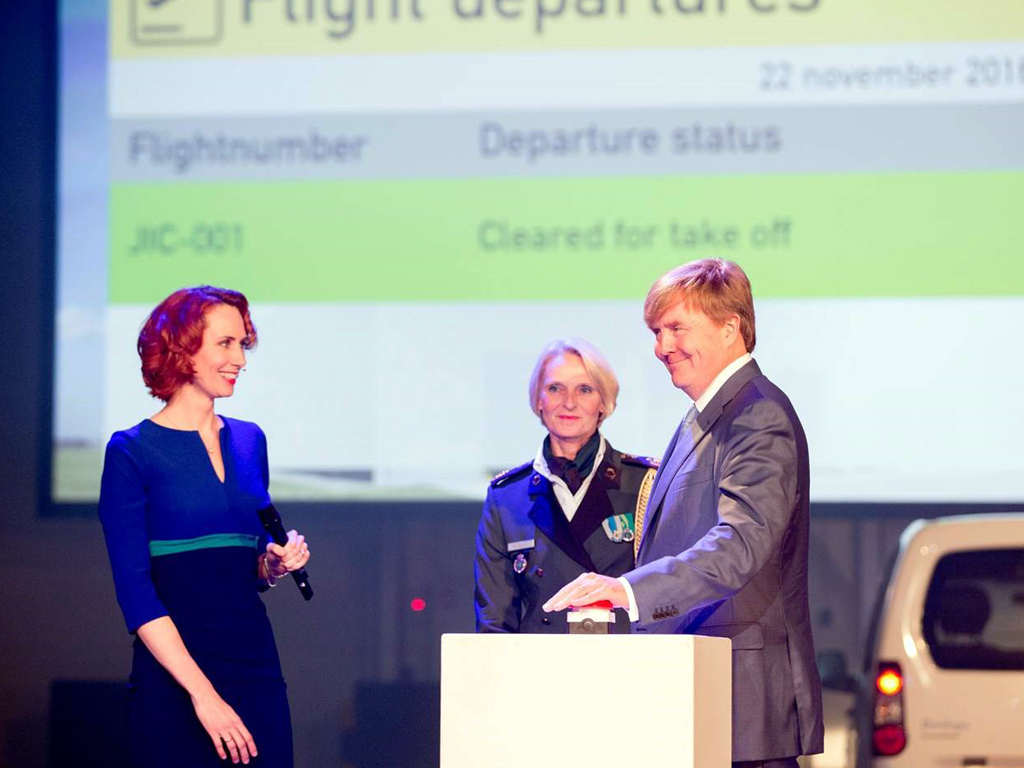 The Netherlands’ King Willem-Alexander has officially opened the Joint Inspection Center (JIC) at Amsterdam Airport Schiphol.
The JIC is said by the airport operator to allow more efficient and more secure cargo handling, bringing together the various parties involved in scrutinising and clearing international shipments.
It brings together logistics and regulatory/enforcement bodies and includes such facilities as storage and examination rooms, a scanning hall, a quarantine area for small animals, vehicle scanning areas, offices and a training area.
The JIC is one of the improvements being made as part of the gateway’s SmartGate initiative.
This is a collaborative project involving Amsterdam Airport Schiphol, KLM Cargo, Customs and Air Cargo Netherlands (ACN, the association that represents the airfreight industry in Holland).
The president and chief executive of Schiphol Group, Jos Nijhuis, informed: “The Joint Inspection Center came about by doing something we have excelled at for 100 years at Schiphol: Collaborating between private and public parties.”
Pieter Elbers, KLM chief executive, said that he believes that, “Through this unique partnership (customers’) cargo is best transported via Schiphol and KLM.”
Jacques Heeremans, president of ACN, added: “Because the whole airfreight sector supports the SmartGate initiative, this has created a unique situation in our industry. We can confidently look forward to a bright future.”
Aly of Berckel, general director of Dutch Customs, remarked: “In addition to enforcement, Customs expects to contribute to the economic competitiveness of the Netherlands and the European Union. With the SmartGate joint programme we are taking an important step in positioning Amsterdam Airport Schiphol as a trusted hub.
“With the opening of the SmartGate Joint Inspection Center we are creating with all parties a future-proof platform for air cargo in the Netherlands.”