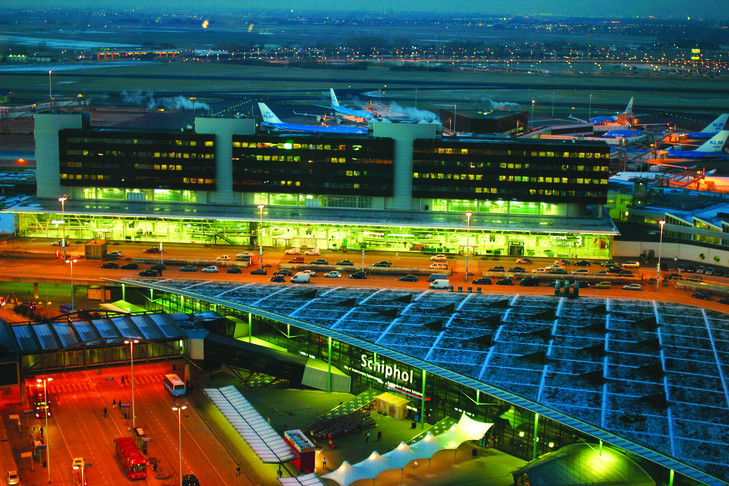 Schiphol Airport is expecting modest volume growth in 2015 following on from a strong performance in 2014 but a difficult start to this year.
During the first quarter of 2015, the Dutch airport recorded a 1.8 per cent year-on-year decline in volumes to 386,800 tonnes.
This follows on from a 6.7 per cent increase in volumes last year to 1.6m tonnes.
Speaking at the Air Cargo Europe exhibition, Schiphol senior vice president of cargo Enno Osinga, who retires in September, outlined to Air Cargo News a variety of reasons for the decline experienced so far this year.
He said part of the reason was that 2014 was such a successful year, affecting year-on-year comparisons.
“Last year was exceptionally high as a result of the backlog of the Xbox and Playstation 4, which they were supposed to deliver before Christmas but couldn’t," he said.
“The second thing is we have had the west coast US port congestion issues, which has meant a number of Chinese carriers have moved their aircraft from Europe to North America [to capitalise on modal shift to air and resultant higher rates].
“Thirdly, if you look at Chinese import figures, they were down. If you look at the iPhone 6, they are mainly now selling domestically in China, so Apple are still producing massive numbers but for the Chinese market.
“The final issue is that the first quarter is huge for us in flowers for International Women’s Day and Valentine’s day specifically towards Russia, but the Russian economy is having a dip, so the volume of flowers to Russia was down on last year.”
Over the coming months, he is expecting a return of Chinese carriers now the congestion at west coast US ports has eased, but he warned the declines in Chinese imports and exports would continue to have a negative effect on volumes.
The rest of the year was expected to improve, he added.
“It’s been a tough first quarter, but we always knew we were going to be down in the first quarter, although it was a bit more of a decline than anticipated.
“But if you look at the rest of the year we are expecting modest growth of around 1.5 to 3 per cent.”
He said this was down to its dedicated cargo team and long-term strategy of talking to shippers and forwarders as opposed to airlines.
He added that the industry was intrinsically volatile, pointing out that no one expected the US west caost port issues, and therefore there was no need to be too concerned about peaks and troughs in the market.