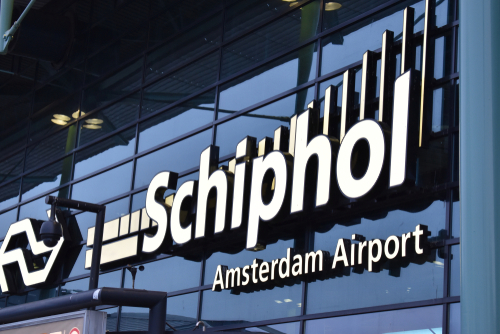 Amsterdam Schiphol Airport saw its cargo volumes decline by 13.8% year on year in the first six months of the year as weaker market conditions and the loss of AirBridgeCargo services hit volumes.

“The main factors attributable to the decrease observed in 2022 were the global decrease of volumes transported and the loss of volumes from a large carrier operating from Russia,” the airport said.

“The decrease follows a worldwide trend, with growing capacity on passenger flights, concerns about economic development worldwide, production and transport issues in Asia, and the war in Ukraine.”

The airport didn’t name AirBridgeCargo, but the Russian carrier was a big user of the airport and has suspended flights due to western sanctions following the invasion of Ukraine.

Looking at regional performance the top three destinations for cargo by tonnage were Shanghai, Dubai and Chicago.

While volumes decline in the first half of the year, the airport highlighted recent investments in a press release.

“Automated Nomination has been introduced as the new standard procedure for inbound cargo, which informs customers about incoming shipments before arrival. Going forward, additional measures will be implemented for secure cargo handovers.”

The airport also highlighted that at the start of 2022, dnata announced a €200m investment in new cargo facilities at Schiphol Airport.

“Schiphol looks forward to remaining an attractive hub and being the most sustainable airport with an efficient cargo flow,” said van Hemert.

“Together with our cargo community, we want to shape Europe’s smartest cargo hub.”

Earlier this year, the Dutch government announced plans to reduce the number of flights from Schiphol from November next year as part of efforts to reduce noise and environmental pollution.