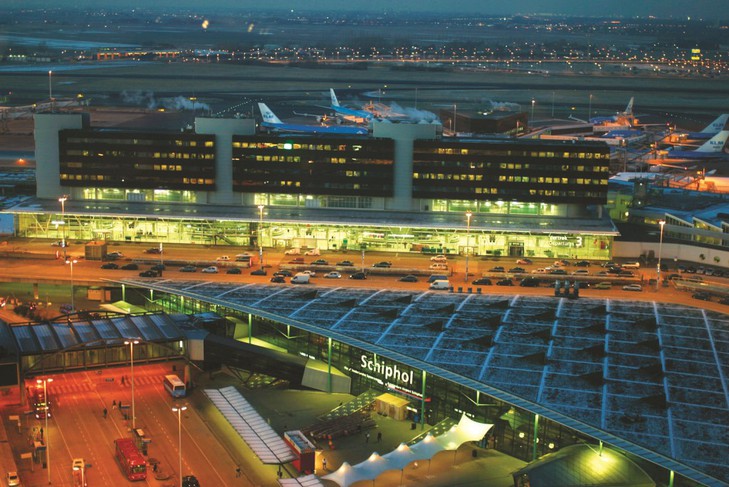 Schiphol Airport saw its cargo volumes decline by 2.6% in the first half of the year as a result of fewer freighter services.
The airport handled a total of 844,317 tonnes of cargo during the first six months of 2018, compared with 866,971 tonnes during the same period in 2017.
Belly cargo volumes increased by 2.3% during the period while the number of freighter flights was down by 9.4% as some all-cargo operators switched to other facilities in light of the airport heading towards its air transport movement limit resulting in restrictions on slot availability.
On a brighter note, e-commerce demand continues to take-off at the airport.
“The mid-year figures reflect our expectations for a decrease in overall freighter ATMs as we continue to face capacity constraints,” said Maaike van der Windt, director aviation marketing, cargo and customer experience.
“However, the increase in belly volume is a positive development for Schiphol Cargo due to a slight growth in passenger flights since last year, and an expanded network across Latin America.
“Shanghai remains our main destination through the continued increase in e-Commerce in China, reaching more than 31,000 tonnes in the first six months of 2018, followed by the US with more than 22,000 tonnes.”
Despite the increase in e-Commerce, the Asian inbound market was down by 2% to 147,122 tonnes, while outbound decreased by 3% to 150,623 tonnes.
European figures show a 7% inbound decline to 55,821 tonnes and outbound was down by 4% to 59,452 tonnes.
The North American market saw an 11% inbound decline to 64,768 tonnes, and a decrease in outbound cargo of 4% to 79,055 tonnes.
The Latin American market shows positive growth due to a network extension on the continent with inbound cargo up 9% to 65,255 tonnes, and a 15% increase in outbound cargo to 40,445 tonnes.
The African market also showed positive outbound results with a 7% increase in cargo to 26,674 tonnes, while inbound cargo decreased by 5% to 56,733 tonnes.
The Middle Eastern region went down by 2% (inbound), and 11% (outbound) to respectively 42,666 and 55,218 tonnes.
Van der Windt added: “Although Schiphol is facing slot constraints, we are geared towards maintaining cargo volume in the years to come.” 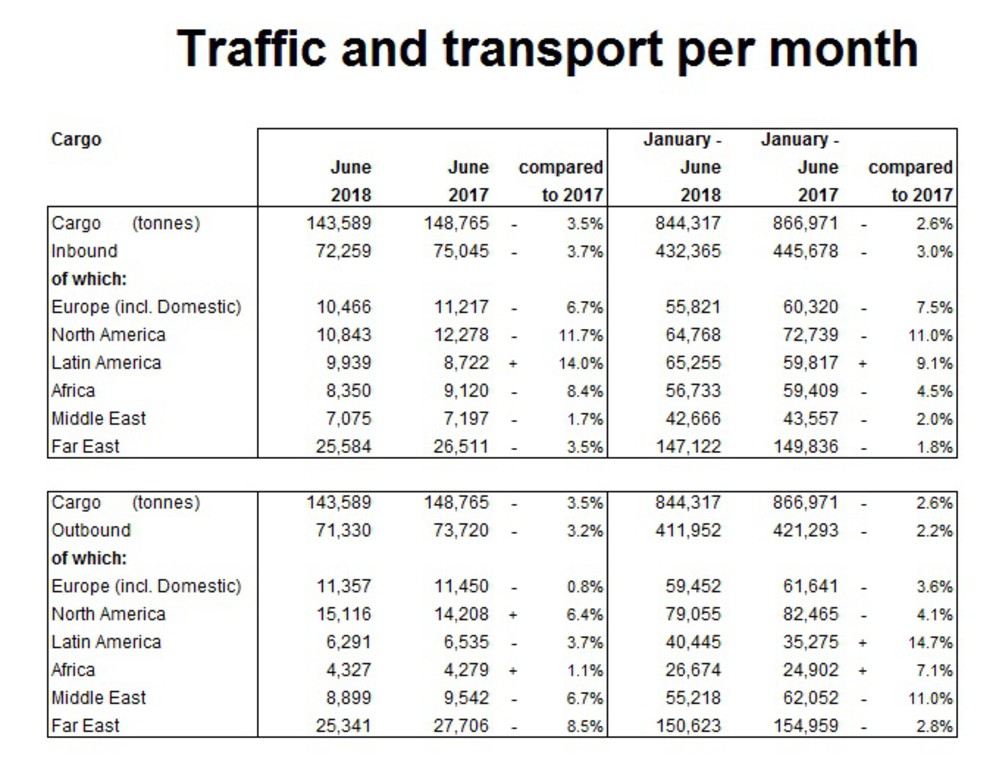