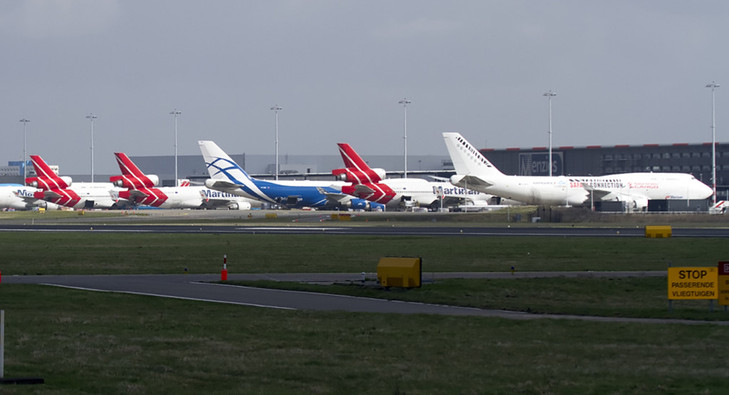 Amsterdam Schiphol Airport has joined its major European rivals in recording a decline in cargo throughput in 2015.
The Dutch airport recorded a total throughput of 1.6m tonnes in 2015, a 0.7% decline compared with the all-time record set in 2014.
The airport said it recorded a strong fourth quarter which helped reduce the 1.4% year-on-year deficit that it reported after the third quarter.
The fourth quarter was Schiphol’s strongest of 2015, and the first quarter of the year where volumes were up on 2014 levels.
For 2015 as a whole, North America showed the best growth (5.6%), followed by Latin America (5.1%); Africa was also marginally up, at 0.5%.
Schiphol’s largest market, Asia, was down 2.8%; the Middle East was down at 0.1%; but Europe continued to disappoint, showing a reduction of 12.7% on 2014. Freighter movements for 2015 totalled 16,775 (1.2%).
Asia topped the tonnage league, with a 38% of the total; North America retained second place, with a share of 18.9% (up from 17.8% in 2014); the Middle East held third place with a 13% share; Africa came fourth with 10.9%; Latin America came a close fifth with 10.9%; and Europe was sixth, with a reduced share of 8.3% (down from 9.4% in 2014).
Says Cargo Director Jonas van Stekelenburg said: “From a weak beginning in the first half of 2015, Schiphol has seen better traffic levels in the second half, ending with a total tonnage that is surprisingly close to our all-time record set in 2014. Considering the continuing weakness of China, our largest market, this is a very encouraging achievement.
“My team and I now have our strategy in place for 2016 onwards, supported by a strong mandate from our community to continue with our policy of innovation and industry leadership.
"With significant investment committed to the enhancement of Schiphol’s community information platform, Cargonaut, we have the means to continue streamlining processes and so further ensure reliable, comprehensive and up to date information.”
Schiphol was not the only major European airport to see demand decline in 2015. Europe’s busiest cargo airport, Frankfurt, recorded a 2.3% fall to 2.1m tonnes and number four Heathrow suffered a 0.2% decease to 1.5m tonnes.
Paris has yet to report its cargo volumes for the year.
Other airports on the continent, however, did record increases: Liege handled nearly 650,000 tonnes, a 10% surge, Brussels also performed well in 2015, with full year freight volumes up by 7.8% to just over 489,000 tonnes and Munich reported that its growth in airfreight was up by about 9% to a new record level of over 317,000 tonnes.