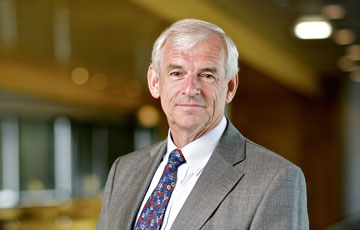 AIR CARGO through Amsterdam Airport Schiphol continued to build in the second quarter of 2014, leading to overall growth of 8.84 per cent in the year to date and denoting market stabilisation in Europe, writes Nigel Tomkins, managing director.
The Dutch airport outperformed its rivals in the first half of 2014, according to latest figures.
From January to June, Schiphol handled 801,700 tonnes, thereby outstripping 2013 in every month, reaching a peak increase of 14.1 per cent in May.
Asia was once again the Dutch hub airport’s top market, with 304,872 tonnes – up 8.3 per cent, supplying 38 per cent of the total.
North America retained second place, with 143,686 tonnes – up 14.6 per cent.
Traffic to and from the Middle East region grew 14.5 per cent to 106,937 tonnes, and Africa saw more modest growth of 4.14 per cent.
Europe grew by 16.2 per cent to 76,598 tonnes.
Latin America  was the only sector to show a decline at the airport – minus 5.2 per cent.
The overall figures are evidence that the European air cargo market is now stabilising, says cargo senior vice-president Enno Osinga.
“These figures, supported by those of other European gateways, are clear indicators that the European air cargo market is stabilising, and returning to moderate growth,” he says.
“Freighter operations have grown again, but by less than the increase in total traffic; this supports feedback from our carriers that they are enjoying improved utilisation.”
Schiphol’s growth figures are again the strongest among the major European gateways, as the airport continues to out-perform the industry.
“We, our logistics community and our authorities, have earned this growth by strongly supporting the continuing drive towards streamlined processes. We believe in an integrated support of the entire logistics chain; given our current results, this seems to be paying off,” Osinga adds.
Share this story