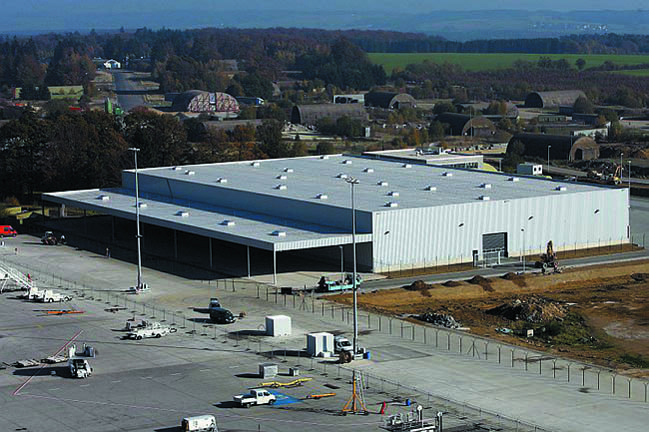 Germany’s up for sale Frankfurt-Hahn airport (HHN) is at the centre of industry rumours that e-tailer Amazon is considering taking a stake in the European cargo hub.
A spokesperson for the airport said: "We cannot confirm that this speculation around Amazon/HHN is true."
Loss-making Frankfurt-Hahn has been subject to a tender process after it was put up for sale by airport owner, the Rhineland-Palatinate municipal authority.
Chinese interests have also been discussed as potential purchasers, although there is no clear deadline for the end of the tender process.
Speculation about a possible Amazon interest intensified after the US internet retailing giant announced in march that it was to lease at least 20 freighters from ATSG in the US to serve the domestic market. The logic behind the speculation is that Amazon would do the same thing in Europe and needed a suitable base for freighter operations.
Amazon has declined to comment on reports which have appeared in the German regional press.
The airport spokesperson added: "The speculation about Amazon came up at the end of February — probably pushed because of the airport’s selling-process and of course through Amazon’s plans for aircraft.
"Frankfurt-Hahn Airport would offer several benefits for a company like Amazon: It is situated in the middle of Germany, and the airport – other than its larger competitors – offers quite simple and therefore quick logistic processes from landside to airside. Plus, the airport is qualified with CAT3 and able to handle large cargo aircraft up to code F aircraft."
Frankfurt-Hahn handled just under 80,000 tonnes in 2015, a 39.9% decrease on prior year. At its peak, in 2011, the airport handled 286,000 tonnes of cargo.
The regional airport had hoped to capitalise on the nighttime ban at its big brother neighbour Frankfurt Airport — Europe’s number one cargo hub handled 2.1m tonnes in 2015 — but Hahn has not realised its early potential.