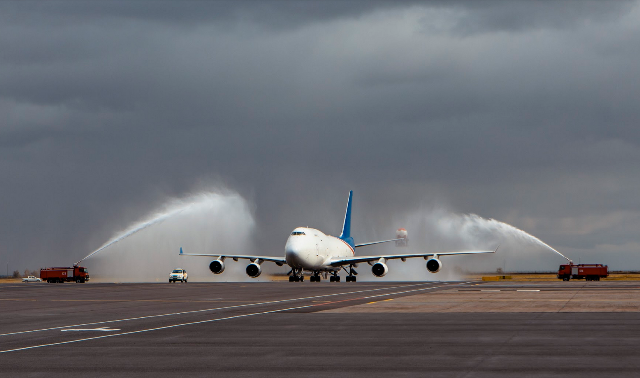 A Boeing 747-400F inaugural cargo flight from Frankfurt-Hahn was met on September 24 at the NQZ apron for a technical landing. There are plans for 11-12 transit flights per week, with further increases.

The airport said its ideal geographical location reduces airline costs and offers competitive prices for ground handling and jet fuel for transit flights. In addition, NQZ noted it has the best infrastructure and special technical equipment in Central Asia.

Mr. Gabit Tazhimuratov, Chairman of the Board of NQZ, said: “We are pleased to launch the Aerotranscargo transit flight. During the borders closure period, many airlines started using NQZ as a transit stop on their way from Europe to Asia and back.

“Therefore, in the long term, we have decided to review our strategy and to focus on multimodal cargo and transit traffic. The airport’s plans include the development of cargo infrastructure, the expansion of cargo terminals and the construction of railway lines. ” 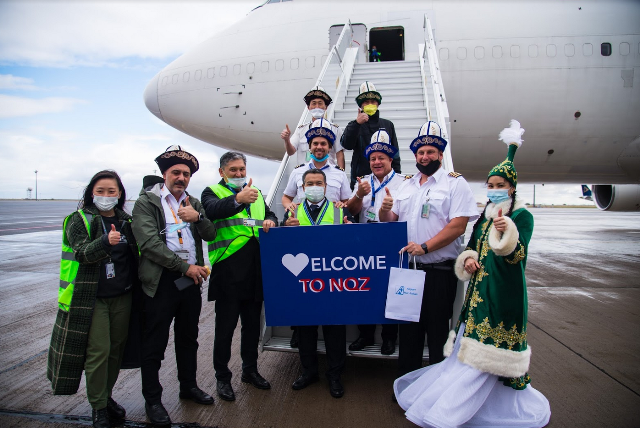 Daulet Khamzin, Executive Director for Strategic Development at Nur-Sultan Airport, highlighted: “For further development as a transit point for cargo services we’ve made a special promo package, that includes favorable prices, short time handling and refueling for the airlines.”

“Warm welcoming of aircraft by NQZ airport on our first arrival. Heartfelt thanks for such gratitude to Nur-Sultan airport and team,” commented Aerotranscargo.

NQZ airport is developing air cargo as one of its strategic directions for business diversification. 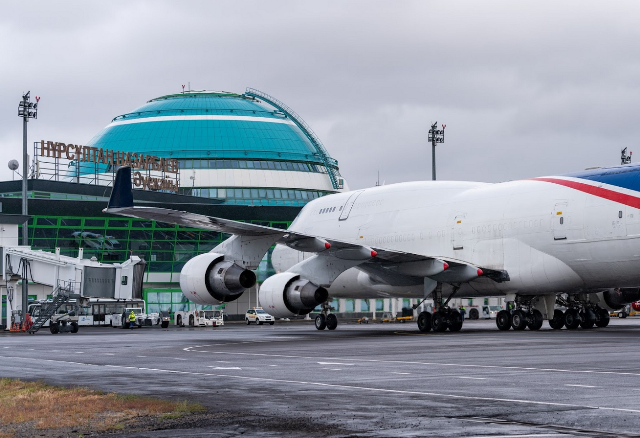