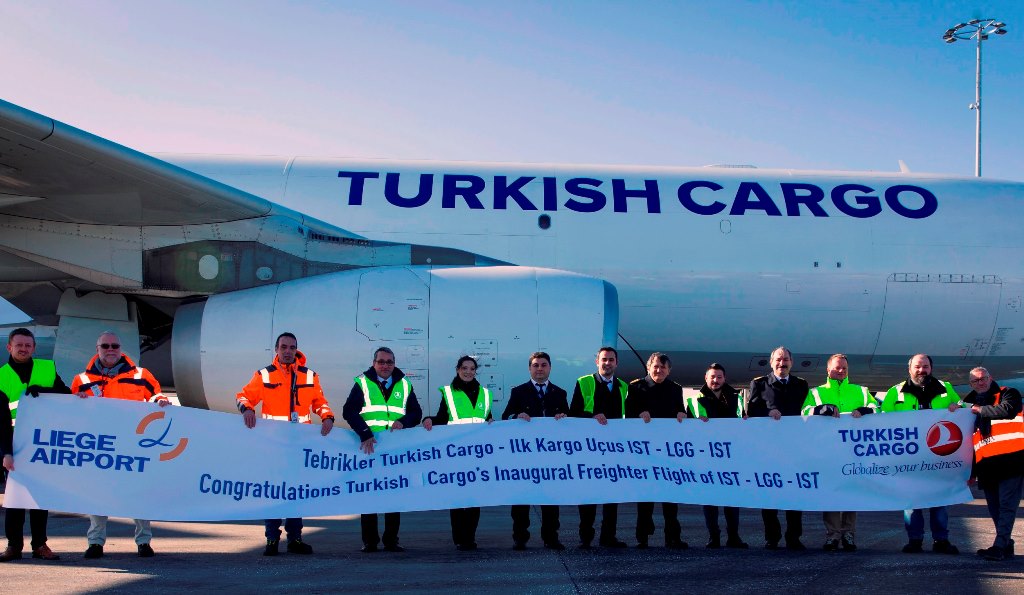 Turkish Airlines Cargo is the latest cargo carrier to launch a freighter service to Liege Airport.
The new weekly service utilises an Airbus A330-200F and operates between Istanbul and Liege. It landed in the Belgian airport for the first time on February 13.
Turkish Airlines Cargo will primarily transport perishable goods for the European market, essentially France, Germany and Belgium, on the service with cargo handled by Aviapartner.
Steven Verhasselt, commercial vice-president of Liege Airport, said: “Our strategy is very clear: priority is given to companies specialising in cargo.
"We transported 717,000 tonnes in 2017, which was a record for us, and we aim to exceed 800,000 tonnes in 2018. The Turkish market is very important and is ideally situated at the crossroads of Europe, Asia and Africa.”
“Our cargo company is one of those with the strongest growth in the worldwide goods transport sector,” said İlker Aycı, chief executive of Turkish Airlines.
“We already fly to over 80 destinations and our ambition is to link 120 countries. We aim to join the top five companies in the world for our cargo subsidiary with 1.5m tonnes transported by the end of 2018”.
Earlier this year, Ethiopian Airlines launched a direct freighter flight from Bahir Dar to Liege, one of the largest Ethiopian flower importer destinations.
See the next edition of Freighters World for an interview with Turkish Cargo chief cargo officer Turhan Özen
Read more cargo airport news