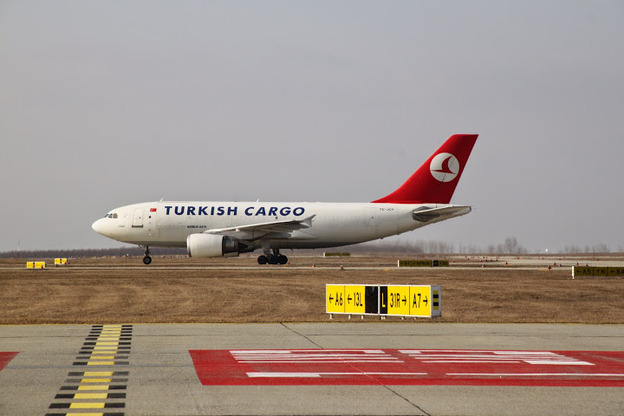 Turkish Cargo has increased its scheduled flights between Hungary’s Budapest Airport and freight hub Istanbul to three a week.
Depending on volumes, the fast-expanding cargo carrier  operates A310F or the larger A330F on the route, transporting between 38-64 tonnes of cargo per flight.
Turkish Cargo’s volume on the strategic trade lane to eastern Europe increased by nearly 30 per cent in 2014 compared with prior year, transporting approximately 3,500 tonnes between the Hungarian and Turkish capitals.
A spokesman for Budapest airport said: “Turkish Cargo aircraft primarily deliver textiles and electronics products manufactured in the Far East to Hungary, and take pharmaceutical and machinery products, as well as electronics products made in Hungary to Turkey.”
Turkish Airlines, with 253 passenger aircraft, links Budapest with more than 260 cities globally via Istanbul, including 48 cargo destinations served by the nine freighters of its cargo arm.
“The increase in air cargo traffic between Budapest and Istanbul is a good illustration of the economic relations between these two dynamically developing countries. We congratulate Turkish Cargo on its growth at Budapest Airport,” said József Kossuth, cargo manager for Budapest Airport.
“This increase to three flights per week further enhances Hungarian-Turkish commercial relations. It could have a significant impact not only on businesses operating around the two airports, but also on logistics infrastructure in the region,” he added.
Istanbul Airport opened a new cargo terminal of 71,000  sq m, able to handle 1.2 m tonnes per year, in January this year.
Did you find this article of interest, if so why not register for a FREE digital subscription to Air Cargo News? – Find out more