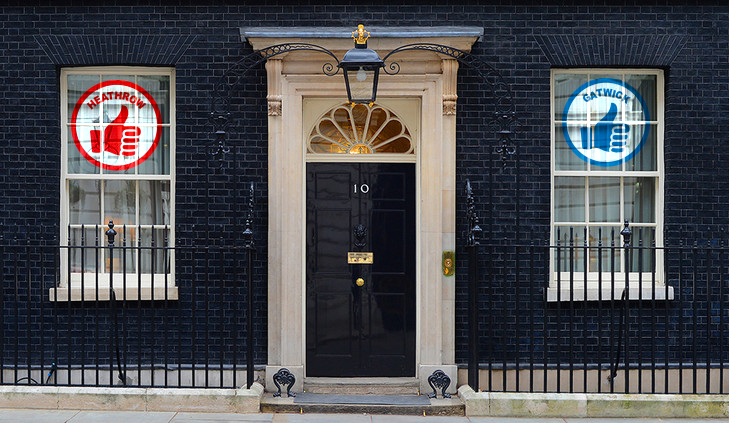 It now looks like the UK government will hold a final vote on its plans for airport expansion in the south east of the UK late next year.
The BBC said that a cabinet sub-committee would announce whether the government backed an extra runway at Heathrow or Gatwick next week, but then there would be a year of consultation before a final decision is made.
Unusually, during this period, members of parliament (MPs) will be allowed to dissent publicly on behalf of their constituents, but would not be able to campaign against the government or speak against it in parliament.
It is not yet known if MPs will be able to vote freely on the plans.
The Guardian suggests the decision to allow MPs to dissent publicly means that Heathrow would get the backing of the sub-committee as it would allow high ranking politicians opposed to an extra runway at Heathrow to make their disapproval known without resigning.
Once a final decision is announced next year, it could be another 16 months until a national policy statement on the plans are approved.
The news is likely to be met with frustration from the UK’s freight and transport industry, which had largely been backing Heathrow.
They had also been calling on the Government to make a quick decision on expansion following the UK’s vote to leave the European Union, saying this would allow the country to establish trade ties with other areas of the world.