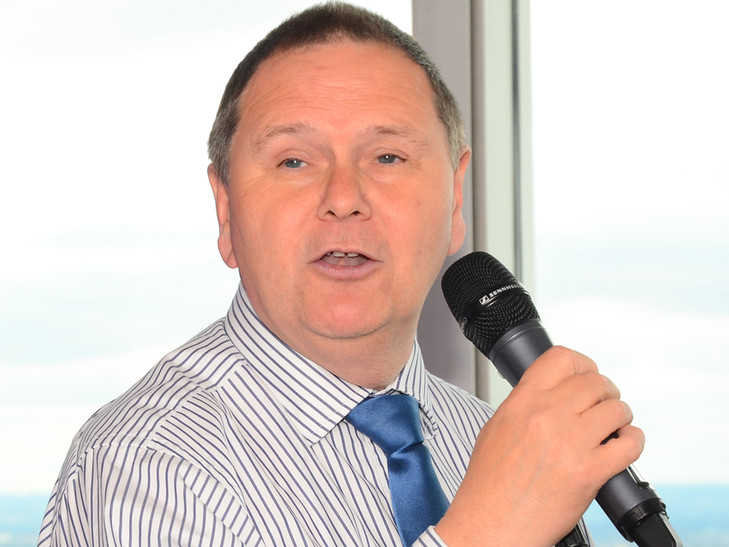 The user group for the CCS-UK airfreight community system is to hold a series of roadshows around the UK in early 2018 to promote its advanced information system and general issues surrounding truck congestion at London Heathrow airport.
The non-profit body which manages, and commissions enhancements to the CCS-UK freight community system, adds that it is pressing ahead with its advanced information system despite a decision by Heathrow Airport Limited not to proceed with its own plans for a call forward system, despite making a request for proposals.
CCS-UK User Group said that its Advance Information system will be available at all UK airports and will be free to use. It added that recent problems with congestion at Heathrow – highlighted by the director general of British International Freight Association director general, Robert Keen – underscored the “pressing need” for a means of alerting handling agents to arriving vehicles, and speed up their processing.
Advance Information will allow freight agents, and transport companies working on their behalf to pre-alert handling agents of loads for delivery or collection as well as making electronic Security Declarations (eCSDs).
Cargo information will be submitted either through a web portal by smaller, more occasional users or larger and more frequent users would be able to send messages direct from their own system. Information will then be accessible to all parties in the supply chain but, as the system will automatically split deliveries to multiple shed operators, users will only see the data that is applicable to them.
Advantages to agents will include pre-allocated truck doors and reduced queuing while handling agents will receive cargo information direct into their systems, eliminating re-keying, speeding up processing and boosting overall efficiency.
CCS-UK user group chairman, Steve Parker said that while congestion had recently hit Heathrow, “this is a nationwide issue potentially affecting all UK airports. Air cargo volumes will continue to grow, and complexities may also increase following Brexit.”
It was vital to use infrastructure and resources as efficiently as possible, he added, “to avoid damaging delays and associated costs.”
However, earlier suggestions by Heathrow that access to the cargo area might be physically controlled through barriers have been dropped, he revealed: “The suggested physical barrier located at the entrance to the Heathrow cargo terminal, unless also accompanied by a by-pass lane and holding park for non-compliant vehicles, would only have worsened the situation. Nor should the industry have to operate differently at individual airports, or pay extra (as was proposed) for the privilege of delivering cargo to a carrier at Heathrow,” he argued.
“What is needed is a single system that can be adopted by all industry players, that works at all locations, and that does not increase costs. CCS-UK User Group is working on that solution, and we want to engage with the industry through our roadshows to ensure that the end product is what everyone wants.”
CCS-UK User Group is also consulting SEGRO, the property firm that owns most of the airside cargo terminals at Heathrow. Parker explained: “We will collaborate with anyone who can help us to make Heathrow and other UK airports more efficient and cargo-friendly.”