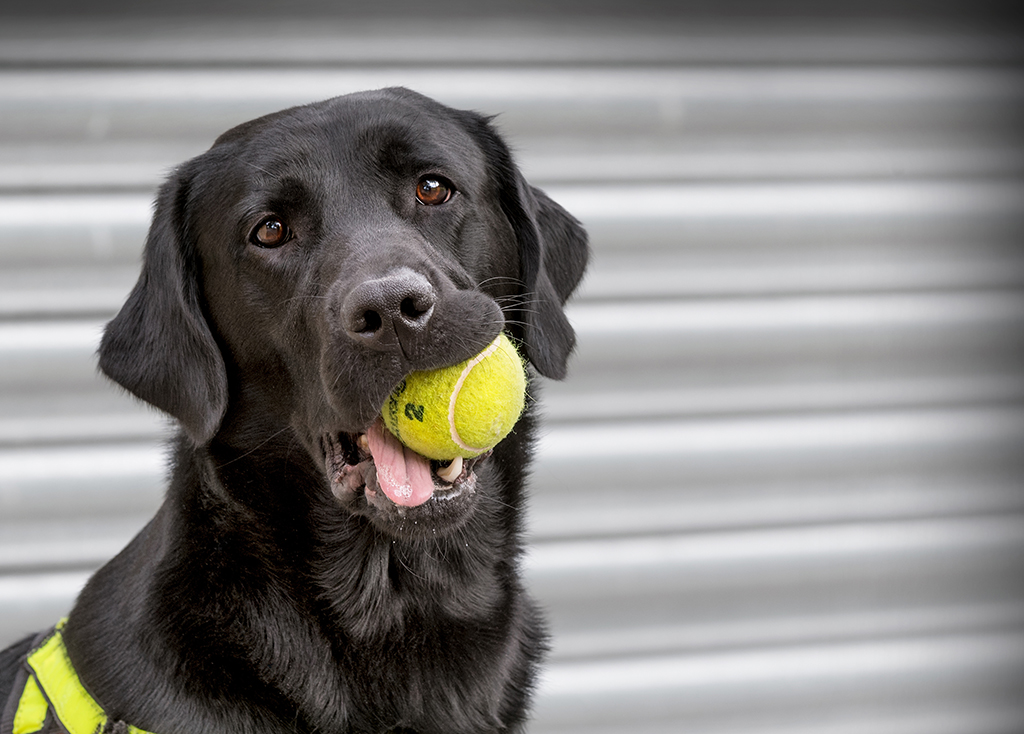 Dogs capable of detecting minute traces of explosives concealed in airfreight are being re-deployed in cargo sheds at British airports.
In 2014, the UK’s Department for Transport (DfT) announced that certification for sniffer dogs used to detect explosives would be withdrawn.
At the time, a DfT spokesperson said: “UK aviation security measures are among the most robust in the world and are kept under constant review. We do not comment on specific security matters.”
In announcing the policy change four years on, the DfT said: "Free Running Explosive Detection Dogs (FREDDs) working in close partnership with their human handlers are being used to check freight for a range of explosive materials. The dogs are being used alongside existing screening methods, offering a rapid and effective way of screening large volumes of air cargo.
"Each animal has undergone twelve months of rigorous training to achieve government certification before being deployed in the cargo sheds. As they carry out their operational duties they will go through a regular quality assurance programme.
"The world leading standards that have been set by the government will make sure that a robust programme is in place which guarantees and maintains the animals’ detection capabilities."
It added: "In 2016, goods worth £178bn were transported by air between the UK and non-European Union countries. These detection dogs have the potential to play a vital role in helping to ensure such cargo is safe to fly.
Baroness Sugg, Aviation Minister, said: “Free Running Explosive Detection Dogs are the latest addition to the government’s multi-layered approach to tackling potential aviation security threats.
“The ability of these highly-skilled dogs to detect small amounts of vapour from explosives hidden in cargo will bolster our existing rigorous security methods, and I was really impressed to see them in action.
“The UK’s aviation security standards are already among the best in the world and we will continue to seek out new and innovative ways to ensure that passengers remain protected.”
Dogs are already used in a variety of ways at UK airports, for example, by helping police to identify criminals and prevent illegal activity.
Added the DfT: "The introduction of FREDDs will add to this capability and provide the aviation industry with a new way to fight the threat of terrorism.
In April 2018, the UK government published its aviation strategy next steps document, setting out its plans for the future of the industry. This involved a commitment to ensure that the UK is equipped to respond to changing threats.
Said the ministry: "The deployment of dogs in cargo sheds is just one example of how this pledge is being met, with knowledge and expertise being used to build on the highly sophisticated security interventions already in place across the aviation industry.
"While all cargo is made secure before it is allowed on to aircraft, the dogs offer the ability to detect minute traces of vapour from concealed explosives. This provides a high level of scrutiny as well as a highly mobile and time-saving way of screening freight, 2.4m tonnes of which passed through the UK’s airports in 2016.
"The dogs are already operating in multiple airports, and more will be deployed around the country as the number of approved canines’ increases."
Both the certification and quality assurance process that the dogs will need to go through is set by the DfT which will share oversight with the Civil Aviation Authority (CAA). The CAA will have a further responsibility ensuring those who operate the dogs do so in line with the standards set out by the DfT.