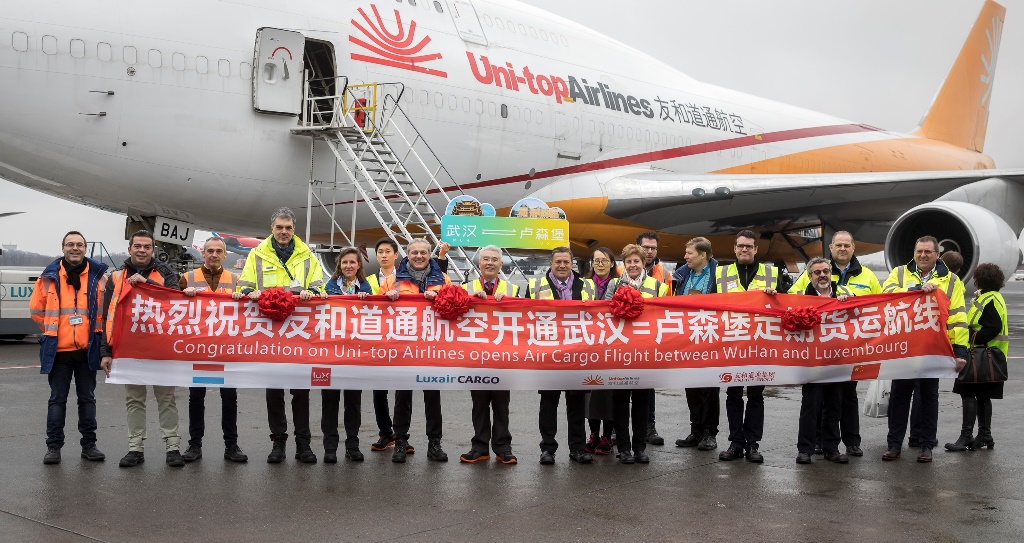 China-based Uni-top Airlines has launched a new scheduled freighter service between its Wuhan hub and Luxembourg.
The three weekly flights will be operated by a leased Boeing 747-400 freighter (ER-BAJ), which was previously used by the now defunct Centurion. The first flight took place on January 15.
"The flights will connect the busy capital of the Hubei province, located in Central China, to the European markets," the airport said.
"Uni-top Airlines will also benefit in LUX of the extended and efficient trucking network to connect to all major European hubs as well as to arrange direct deliveries to their major customers.
"The central location, the state of the art infrastructure as well as the renowned ramp and warehouse handling services by LuxairCARGO have been decisive arguments for LUX."
The airline’s European headquarters is based at Luxair Cargocenter and the airline has flown charter flights through Luxembourg using various carriers in the past.
It also utilises another B747-400F (ER-BBJ) for an international scheduled route to Liege via Turkmenbashi, according to Flight Radar 24 data.
The airline also offers domestic and regional freighter services using seven Airbus A300 freighters.
Read more freighter operator news
Click here for a free digital subscription