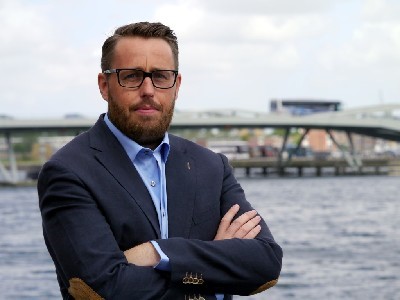 It is the second platform for the e-logistics tech start-up whose headquarters are located in Amsterdam Schiphol (AMS) airport.

The Liege e-Hub is “100% dedicated to cross border e-commerce,” said ViaEurope in a statement, adding: “Just like at Amsterdam Schiphol where ViaEurope’s first e-hub disrupted the logistics industry using big data and the latest available technology for Customs clearance and parcel handling”.

ViaEurope chief executive BJ Streefland said: “Cross border e-commerce is growing rapidly, with millions of parcels entering the European Union (EU) from China and the US every day.

“To create, from this tsunami of parcels, a seamless cross border experience for the consumer, technology will be key. Operating smart e-HUBs will be even more crucial in the e-commerce logistics supply chain considering the up-coming EU regulation whereby the VAT thresholds (de minimis) will be removed and each B2C parcel will have to be Customs cleared.”

Bert Selis, cargo and logistics manager at Liege Airport, said: “Liège Airport offers a great environment for an innovative company such as ViaEurope. Their decision to land here comes with the recognition that our airport is highly favourable to a fast-growing e-commerce sector.”

ViaEurope stated that it intends to “create and maximise synergies” between the two e-Hubs in order to ease the flow for both B2C and B2B2C parcels.

“With BeGate, similar to the VENUE in The Netherlands – which stands for simplified declaration e-Commerce – B2C parcels can be pre-cleared in bulk ensuring seamless processing.

“Also, the favourable fiscal climate makes the two hubs a great entry point for parcels coming from China and the US.”

Streefland said that having two e-hubs at e-commerce friendly airports makes ViaEurope a “unique partner” for international players, especially in the event of a ‘hard Brexit’ when the UK leaves the EU.

“Trying to get e-commerce freight through our borders will then become a massive administrative nightmare for whoever is using London as a hub today” he concluded.