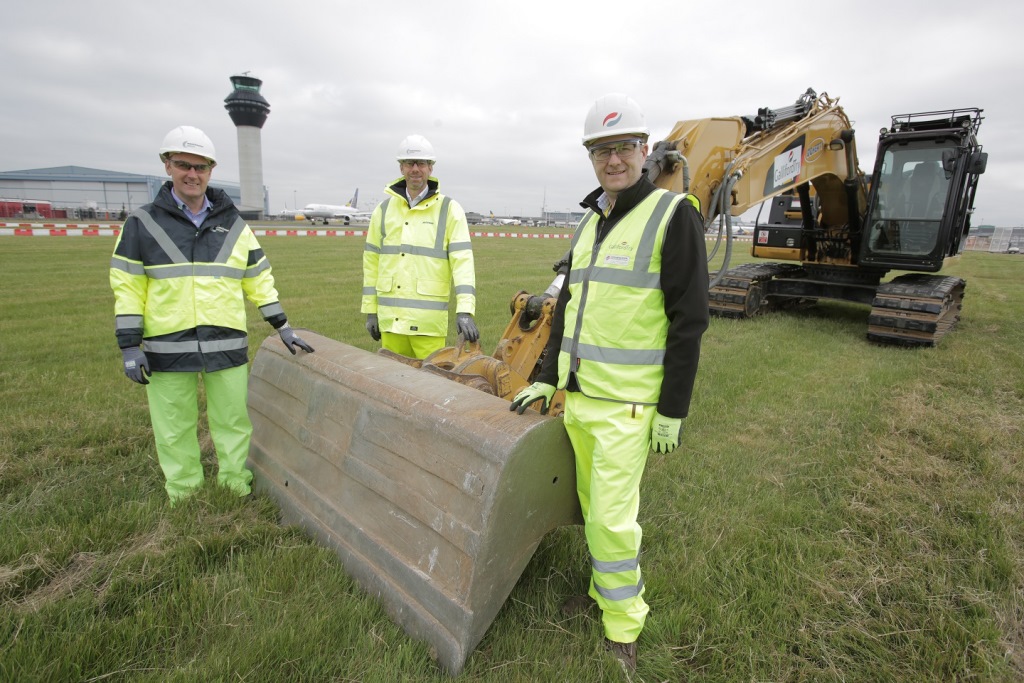 Manchester Airport has started work on a new taxiway as part of its £1bn transformation programme announced in July last year.
The building of Taxiway Delta Echo marks the start of the reconfiguration of the airfield at the Northern UK airport – the third largest in the country – to help feed the redeveloped Terminal 2.
Once finished, the new taxiway will improve aircraft access to the new terminal, with reduced taxi times and fuel consumption.
The works will be the biggest changes to the airfield since Runway 2 came into operation in 2001.
The ten-year transformation programme aims to increase the number of long-haul flights from the gateway, doubling the size of terminal two.
It is the largest single private sector investment in the north of England, says the airport authority.
Airport chief executive Andrew Cowan, said the work would “help to unlock the airfield capacity that will allow the airport to continue to grow. It’s another exciting milestone alongside the works already happening on the terminal building”.
Read more cargo airport news