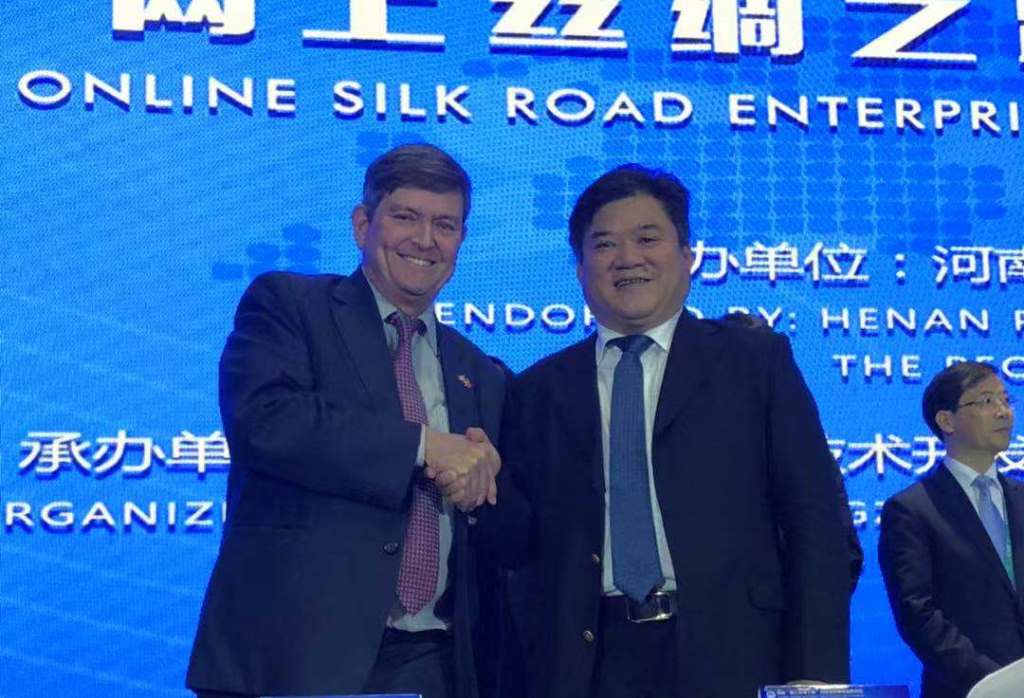 Chinese logistics firm EHL has selected Canada’s Edmonton International (EIA) as its North American hub.
The company will utilise the airport and nearby logistics facilities to transport and consolidate goods including e-commerce, moving between China and North America.
EHL will transport cargo between Zhengzhou and Edmonton, and continue to the US mainland
An airport spokesperson said that during the first phase of the plan, EHL will utilise existing warehouse facilities at the airport, before eventually establishing its own operation.
Test flights utilising Boeing 747F capacity have already been carried out. Phase one will see the company utilise one flight per week, although it is too early to determine which carrier will provide capacity at the moment.
The spokesperson said that flights are expected to start in December and all parties are currently working to ensure all requirements, such as ground handling and warehousing is ready ahead of the start of operations.
“Henan is a key link to China’s Belt and Road Initiative, and EHL is committed to develop trade links between China, Canada, and USA through our distribution centre in Edmonton,” said Ziqiang Ma, EHL president.
“We believe that through this, we can increase trade and co-operation between China and North America.
“EHL is grateful for the partnership with Edmonton International Airport and Maple Horizons, and the support of the municipal governments of Zhengzhou and Edmonton, the provincial governments of Henan and Alberta.”
“We welcome EHL to EIA’s Airport City and the new construction investment, jobs and trade opportunities it brings to the Edmonton Metro Region and Alberta,” said Tom Ruth, EIA president and chief executive.
“This significant agreement builds from EIA’s strong track record of driving successful trade and commerce between China and North America, solidifying EIA as a major international trade hub.”
The city of Zhengzhou is the provincial capital of Henan Province. Henan Province is the State Government of China’s pilot zone for cross border e-commerce.
Over 70% of China’s air-cargo perishables move through the province of over 100m, while  Zhengzhou is located within two hours of 1bn people.