Air cargo saw double digit year-on-year (YoY) demand growth in each of the months from April to August, but the rate of increase is declining steadily. However, rates continued to go up in the five weeks up to mid-September.

The latest statistics from analyst WorldACD show that in April the YoY change stood at 53%, in June at 31% and at 21% in August. Overall volume for the first eight months of 2021 is 22% above the level in 2020.

Following the trend in recent months, reported WorldACD, the volume pattern of 2021 is not very different from in 2019.

“Year-to-Date (YtD) 2021 compared with YtD 2019 (Yo2Y) shows only a 0.6% difference, as illustrated in the chart below. One would almost think it is business as usual, or business as we were used to pre-Covid, but the reality is quite different for many cargo players.” 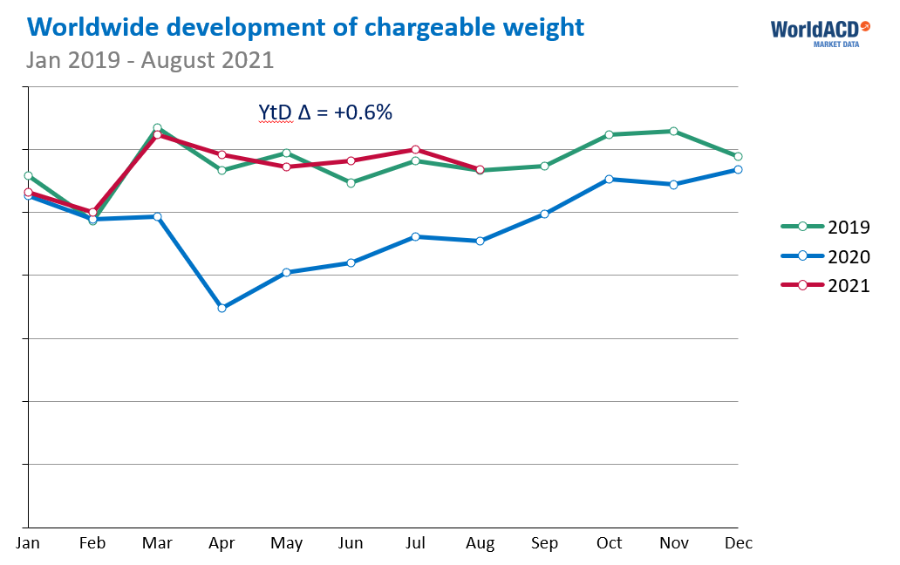 Origin regions Africa, Europe and Middle East and South Asia were below 2019 volume levels in July and this has not changed, while those businesses in Asia Pacific, Central and South America or North America experienced high single-digit growth.

There were regional differences. The top-5 cities per region, based on Yo2Y development of chargeable weight for outbound plus inbound, saw airports, handlers, forwarders, airlines and GSAs affected differently.

General cargo, pharma/temp and vulnerable/high-tech are performing close to the Yo2Y average rate increase, whereas perishables and DGR have seen lower rate increases. The chart below also illustrates the difference in weight changes over the last two years for the different product categories.

Rates continued to go up in the five weeks ending on September 19, with the worldwide average USD rate up by 10%. In the same period in 2019, the average rate went up by less than 1%.

But, said WorldACD, there were very large differences reported from one market to another, “bringing to mind the old saying that the devil is in the details”. 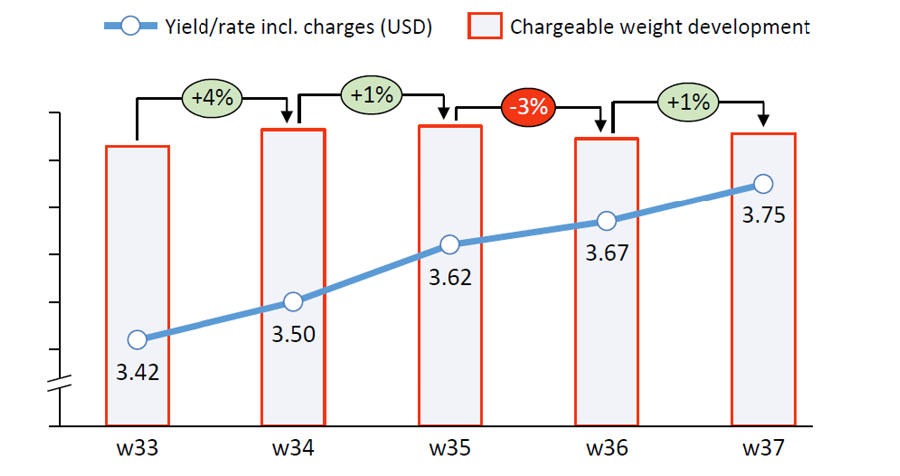