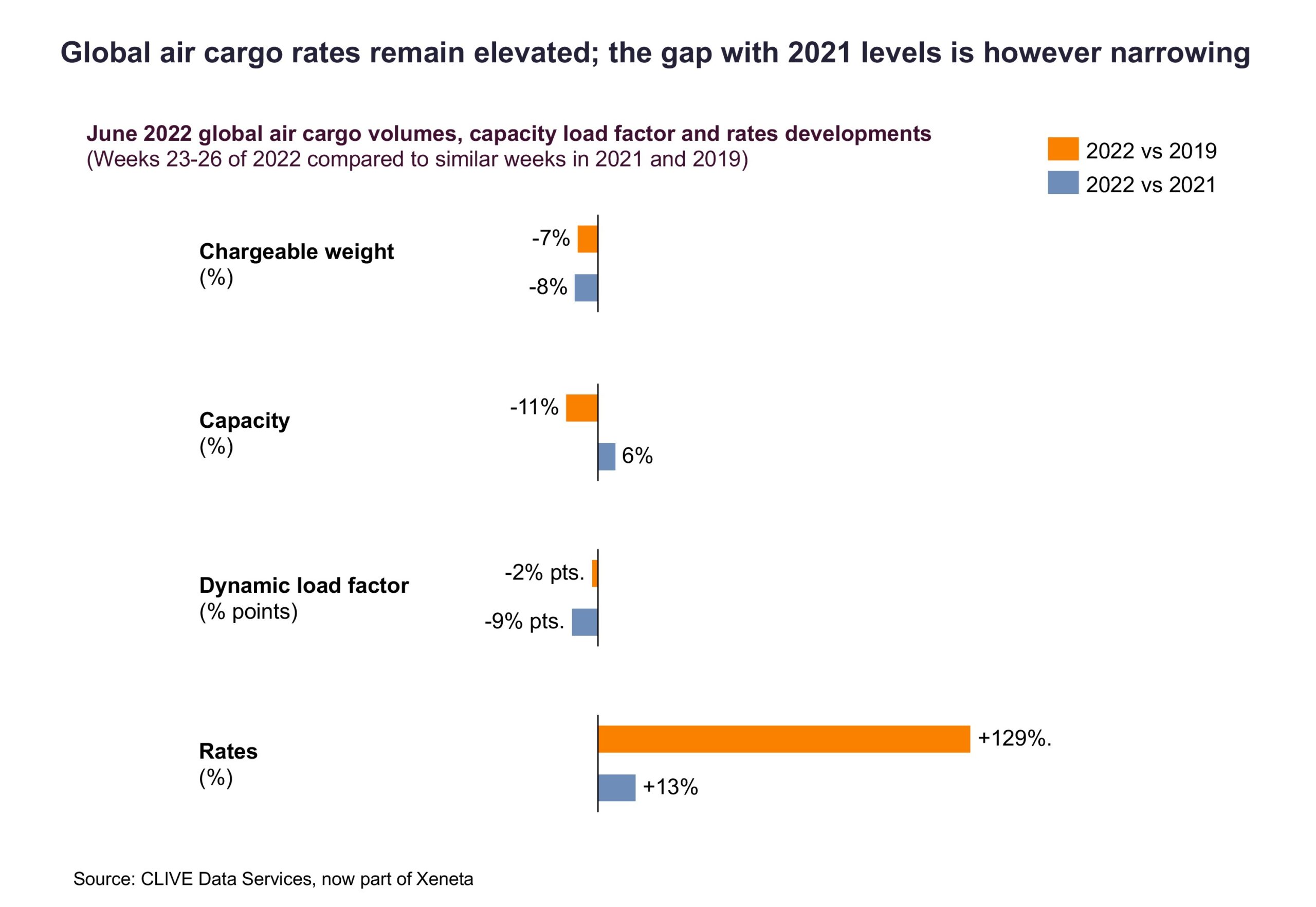 Air cargo demand declined compared with a year ago for the fourth month in a row in June, according to the latest statistics from CLIVE Data Services.

Figures from the Xeneta-owned data provider show an 8% year-on-year decline in chargeable weight in June, following on from drops in March, April and May.

The dynamic cargo load factor – taking into account weight and volume – for the month was nine percentage points behind last year at 59%.

The load factor decline comes as demand fell and carriers continue to add capacity – up 6% on last year – to cater for returning passenger demand.

Despite the weakening supply and demand conditions, rates for the year were up 13% compared with the same month last year, although there was a decline compared to May. 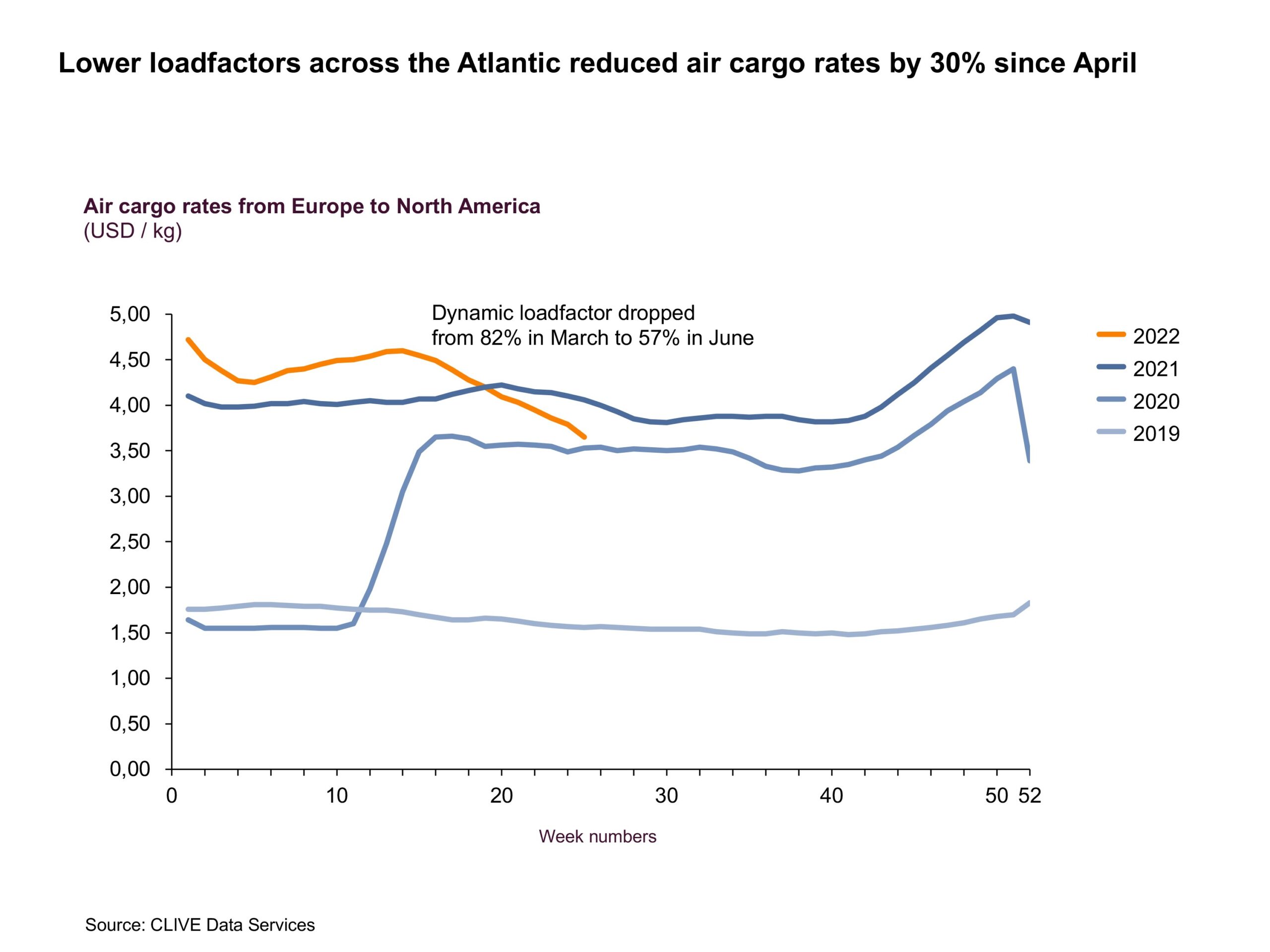 This caused June’s rates on the trade to drop by 30% over the last three months with rates now very close to 2020 levels.

He warned that this could have knock-on effects on other trade lanes, while inflation could also impact market demand.

“While flights ex Asia to the US and Europe remain relatively full, we are seeing a subdued North Atlantic market, largely due to more capacity,” van de Wouw said.

“We have to consider what will be the knock-on effect of a softening air cargo market? Will carriers deploy their freighters to other markets in Asia Pacific, Africa, or South America?

“We are already seeing some freighter redeployment in the market. It will also be interesting to see the reaction of forwarders that have secured air cargo capacity directly with airlines or through charter brokers or ACMI providers because, in a softening market, more options are available.

“They were willing to pay a price for reliability and their own control, but they may now be considering how much cheaper it could now be to use commercial airline capacity.

“And, has the ‘cost of living’ crisis even started to kick in yet?”

Rising cases of Covid will be another market concern, he said, as is the continuing struggle to tackle the people drain in the aviation and logistics industries.

He pointed to reports of restrictions on freighter operations at Frankfurt Airport due to labour shortages as well as the recent study by the International Road Transport Union, which shows 2.6m truck driver vacancies went unfilled in 2021 and forecasts a worsening situation in 2022.

Airfreight volumes fall again in May