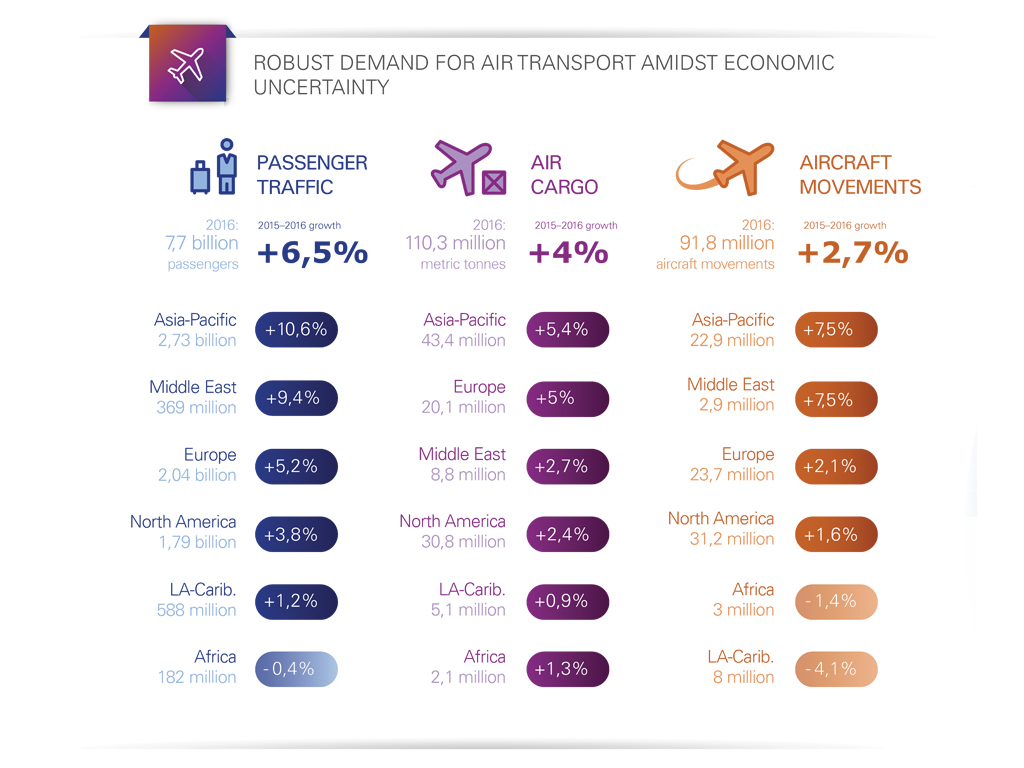 There has been a decisive eastward shift in world aviation, says Airports Council International (ACI) in the latest edition of its Emerging Aviation Market Index, which tracks 19 high growth emerging markets that have a significant critical mass of passenger and air cargo throughput, showed that countries such as India, Indonesia and Vietnam have achieved double-digit growth on an annualized basis since 2006 and are poised to grow even more in the future.
Similarly, countries like the United Arab Emirates, Qatar and Turkey, home to global connecting hubs, have experienced exponential growth in under a decade.
Meanwhile, in the latest edition of the World Airport Traffic Report, representing over 2,400 airports in 170 countries, ACI found that the top three contributors to global air cargo volume growth were China with a 986,000 tonne rise, representing a share of 23.5% of the global rise); the US (671,000 tonne, or 16% of the global increase); and, Qatar (303,000 tonne rise, or 7.2% of the global increase).
Airports located in emerging markets and developing economies continue to make robust gains in passenger and air cargo with year over year growth of 8% and 5.3% respectively in 2016. The latter figure is around 4.7% on an annualized basis from 2006 to 2016.
Airports in emerging and developing Asia are among the fastest growing in the world, with cargo volumes increasing 5.6% on an annualized basis from 2006 to 2016.