Intra-Asia airfreight rate data could indicate a surge in cargo from China over the coming weeks.

The latest figures from TAC Index show that airfreight rates on services between China and Singapore, and from China to Korea dramatically spiked over the last few weeks.

Prices from Singapore to China reached just over S$4.50 per kg last week, while in the opposite direction they stood at around CNY16 per kg (see charts below).

Both of these rates exceed the amount being paid this time last year.

From China to South Korea rates are above CNY10.5 per kg compared with CNY8 per kg last year.

South Korea to China peaked in week five at above KRW2,600 per kg, before easing off in the following weeks.

Prices on these routes began to take off in week six and week seven of the year.

Meanwhile, prices from China to Europe and China to the US have only recently started to show signs of improvement.

This has led to speculation that the intro-Asian spike in prices was down to semi-conductor companies ramping up production ahead of the re-opening of factories in China following the extended New Year holiday break due to the coronavirus.

Peyton Burnett, managing director, TAC Index, said that this could be a lead indicator for what might happen on inbound/outbound China once production ramps up again.

Meanwhile, Peter Stallion from derivatives broker Freight Investor Services said that prices on services from China to Europe and the US were beginning to increase as per expectations.

“Finally, and what the entire market at this point was expecting, prices rise as freight volumes hit air transport,” he said. “Capacity still remains low, passenger traffic has yet to resume however full freighter schedules have restarted with a number of notable airlines (Lufthansa, Qatar, Emirates, Cargolux to name a few).

“Although supply disruption is providing healthy load factor ex.Asia for Freighter operators, the core business airlines rely on still remains under significant pressure. Cathay has parked half of its entire fleet, and slashes three quarters of its scheduled flights, Air Cargo Global goes into restructuring, and CargoLogicAir tragically [suspends] operations.”

“China outbound freight capacity is getting congested while production is gradually resuming to the market. Volumes have been ramping up since mid of February and expecting a heavy quarter-end in Q1’2020.” 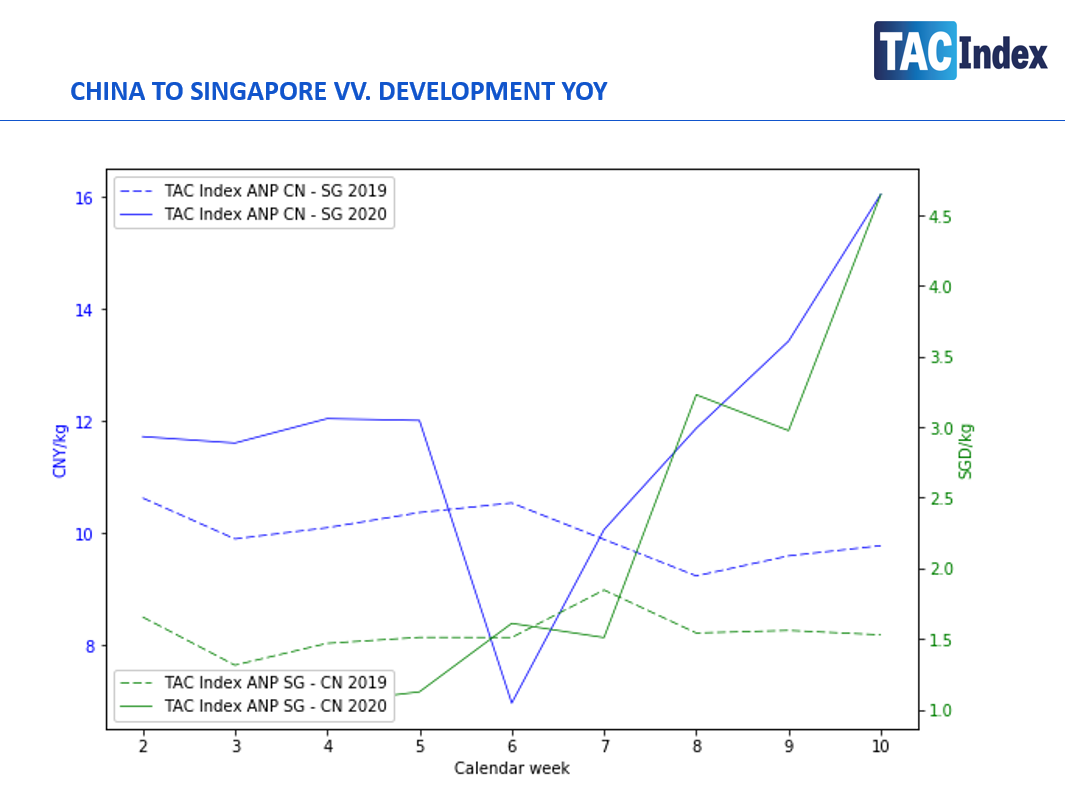 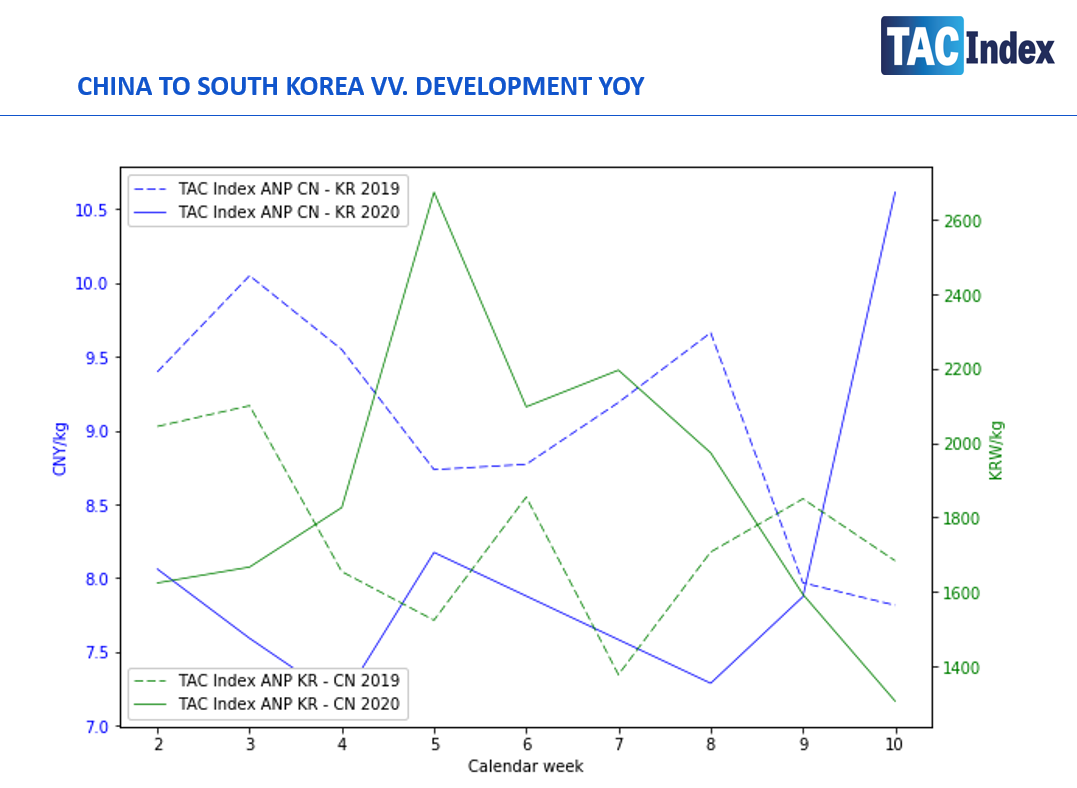 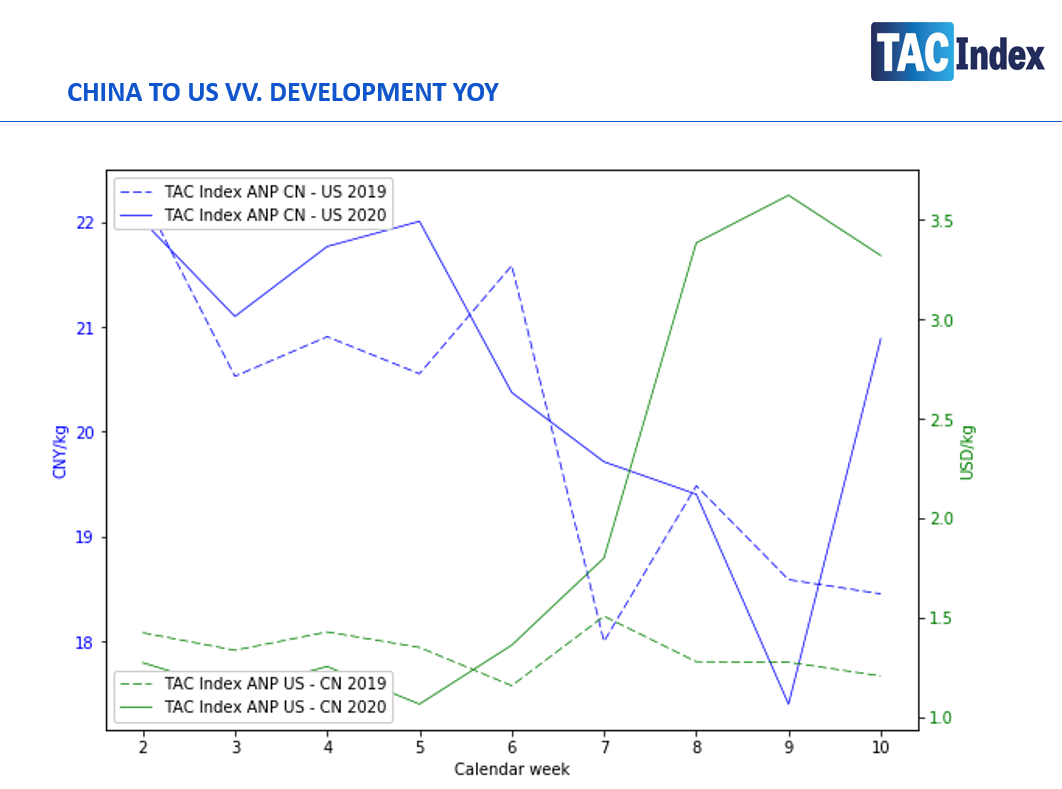 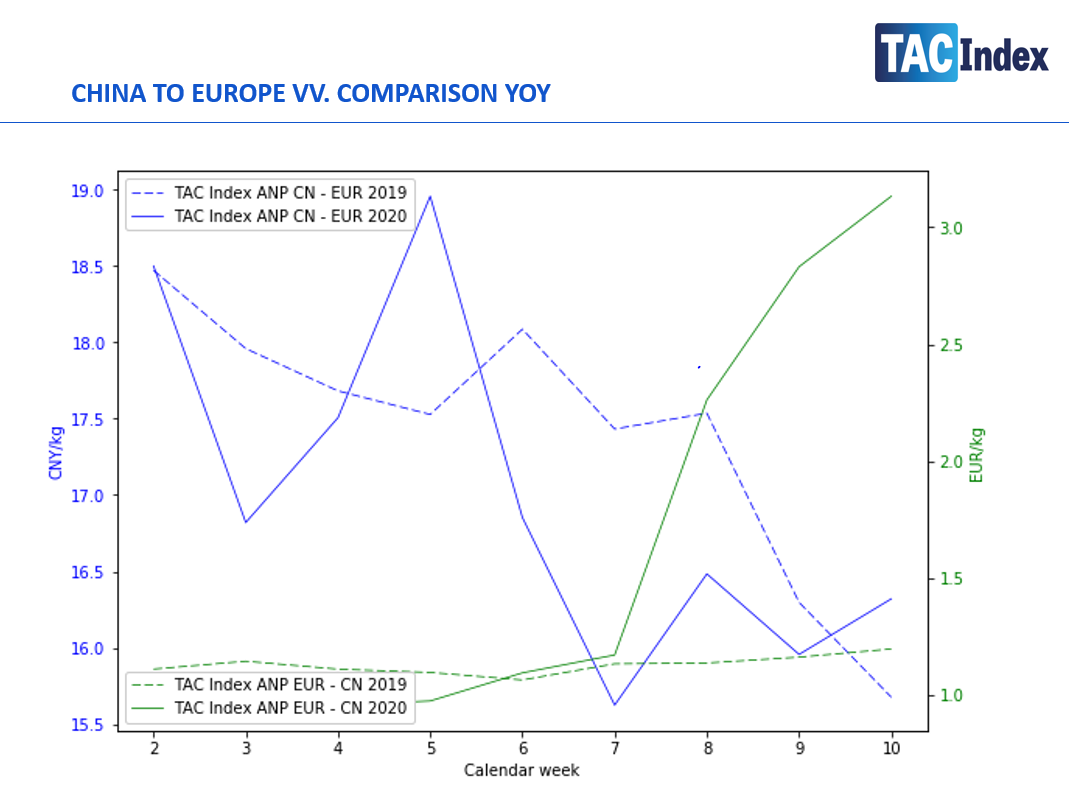