American cargo carriers monthly: Air cargo declines across the board in March 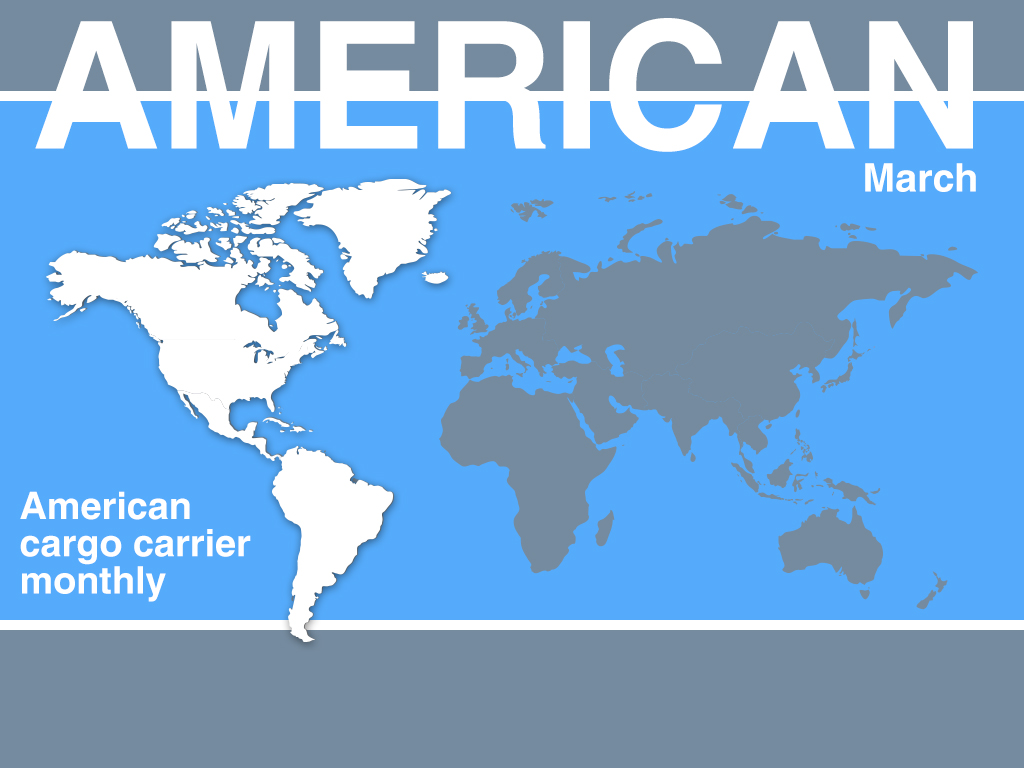 March was another tough month for the leading America-based combination carriers as all three recorded declines in air cargo demand, while the Latam Group continued to suffer from the weak economic performance of major South American countries.
The largest decline registered amongst the three US airlines came from Delta Air Lines, which suffered a 17.5% year-on-year decline in cargo volumes to 153m cargo ton miles (CTM).
It is the 13 month in a row the airline has recorded a year-on-year decline and follows on from a 7% decline last year.

January and February year-on-year comparisons were skewed by one-off gains in 2015 due to US west coast port strikes but the industrial action came to an end towards the end of February.
A backlog of cargo at seaports remained in March and this may have had some impact on air cargo volumes during the month but not to the extent recorded in January and February.
The timing of the Chinese New Year can also affect year on year comparisons.
When asked in January why its cargo volumes were declining ahead of the market, a company spokesperson said that volumes had declined as it worked to right-size passenger capacity on certain routes as it looked to improve profitability.
Delta is also a user of Brussels Airport and its closure because of a terrorist attack during the month would have had an impact on services.
During the first quarter, volumes declined by 13.3% to 475m CTM.
United recorded the next largest drop with volumes declining by 5.9% year on year to 226m CTM. Its first quarter volumes were down by 6% as volumes declined to 622m CTM.
March represents the second month in a row that cargo volumes at the airline have declined on a year earlier, although comparisons are once again skewed by the west coast port strikes.
American Airlines recorded the smallest decline in demand for March, with volumes dropping by 1.4% year on year to 203m CTM.
Over the first quarter, volumes were 1.8% behind a year earlier at 543m CTM. American appears to have benefitted less than its US rivals from the west coast port situation.
For the Latam Group it was the same story as weakness in some major South American economies – Brazil is in its worst recession in 25 years − continued to take its toll.
Demand at the airline group declined by 11.2% year on year in March to 302m revenue tonne km (RTK). For the first quarter, there was a 9.8% decline to 875m RTK.
The airline is responding to the weaker demand and has withdrawn some freighter capacity. However, this was not enough to stop its March cargo load factor declining to 52.4% from 56.8% a year earlier.