CLIVE: Airfreight industry is slowly getting back on its feet 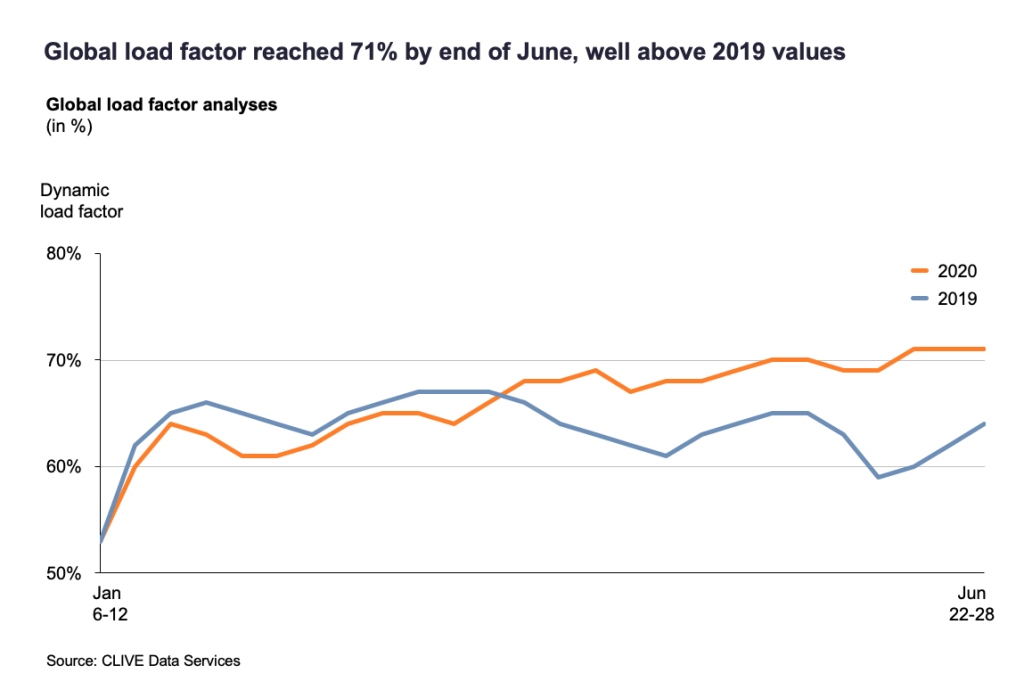 Airfreight market analyst CLIVE Data Services has said the industry is “slowly getting back up on its feet” after reporting that volumes in June this year were 6% higher than in May.

The analysis also showed that airfreight volumes in the last week of June were 12% higher than in the final week of May.

Additionally, the year-on-year performance gap closed. Global airfreight volumes in May 2020 were 31% lower than in May last year, while June 2020 volumes were 25% lower than June 2019.

Available capacity in June “remained flat” but in the last two weeks of the month, capacity crept up by around 1.5% per week.

Meanwhile, at 71% in June, CLIVE’s dynamic load factor was the highest it had ever been since it was first calculated in 2018. 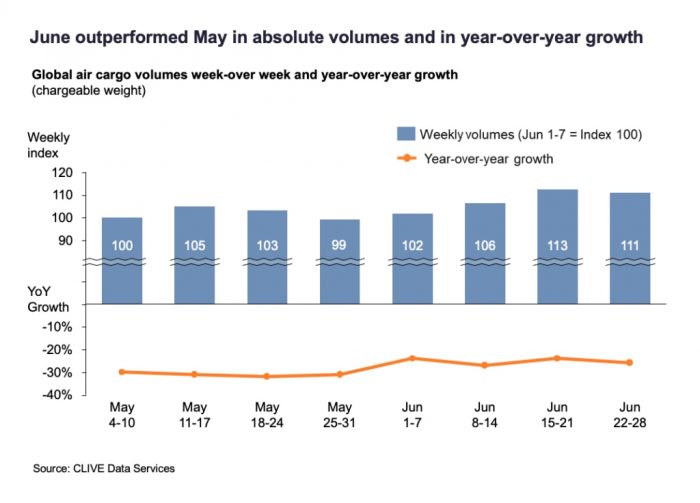 “As governments around the world acted to protect their societies, they became unlikely (price-insensitive) customers of international air cargo capacity for urgent supplies of PPE,” he said. “While our data for May and now June has shown month-on-month improvements, and airlines have been reporting peak weeks and months for cargo, the big question has been ‘what happens when PPE volumes dry up?’.

“Our June analysis seems to suggest the first steps towards a structural market recovery. Despite the decreasing demand for PPE in June, we still see that the volumes increased over May. We are starting to see a more recognisable airfreight market following more logical economic principles and more logical rates.

“The dynamic load factor in June was at a level we did not even see during normal peak Christmas periods, resulting in yields that are still well above the 2019 levels.”

Considering whether returning air cargo volumes are a consequence of lower airfreight rates or production starting up again, van de Wouw said only time will tell.

He added: “In July, we would traditionally expect to see an influx of belly capacity for the summer holiday season, but that’s not there at the moment. The next test will be how an influx of ‘normal’ passenger flights, which are not driven by cargo demand, will impact dynamic load factor.”