CLIVE: The only way is up for air cargo load factors 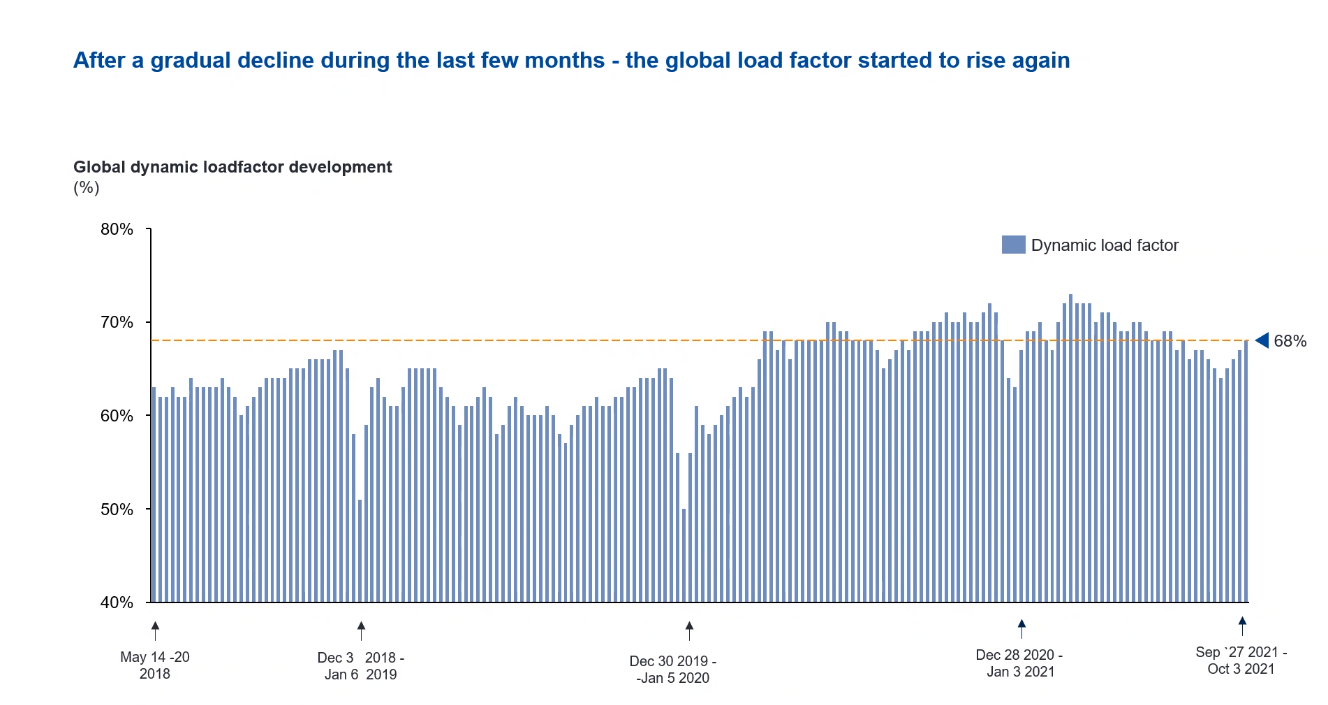 Air cargo load factors began their peak season rise in September and are expected to continue to increase for the rest of the peak.

The latest figures from CLIVE Data Services show that the global dynamic load factor, which draws from both weight and space, reached 68% in the last week of the month.

This is higher than any pre-Covid level since CLIVE’s records began in May 2018, but the jump over the last few weeks is “significant” by any standards, according to the data firm’s managing director Niall van de Wouw.

Dynamic load factors on major trade lanes were even higher.

For instance, dynamic load factors on services out of Guangzhou, Hong Kong, Osaka, Beijing, Inchoen and Hanoi were all over 90% in the last week of September (see chart below).

Shanghai, Ho Chi Minh, Singapore and others were not far behind. 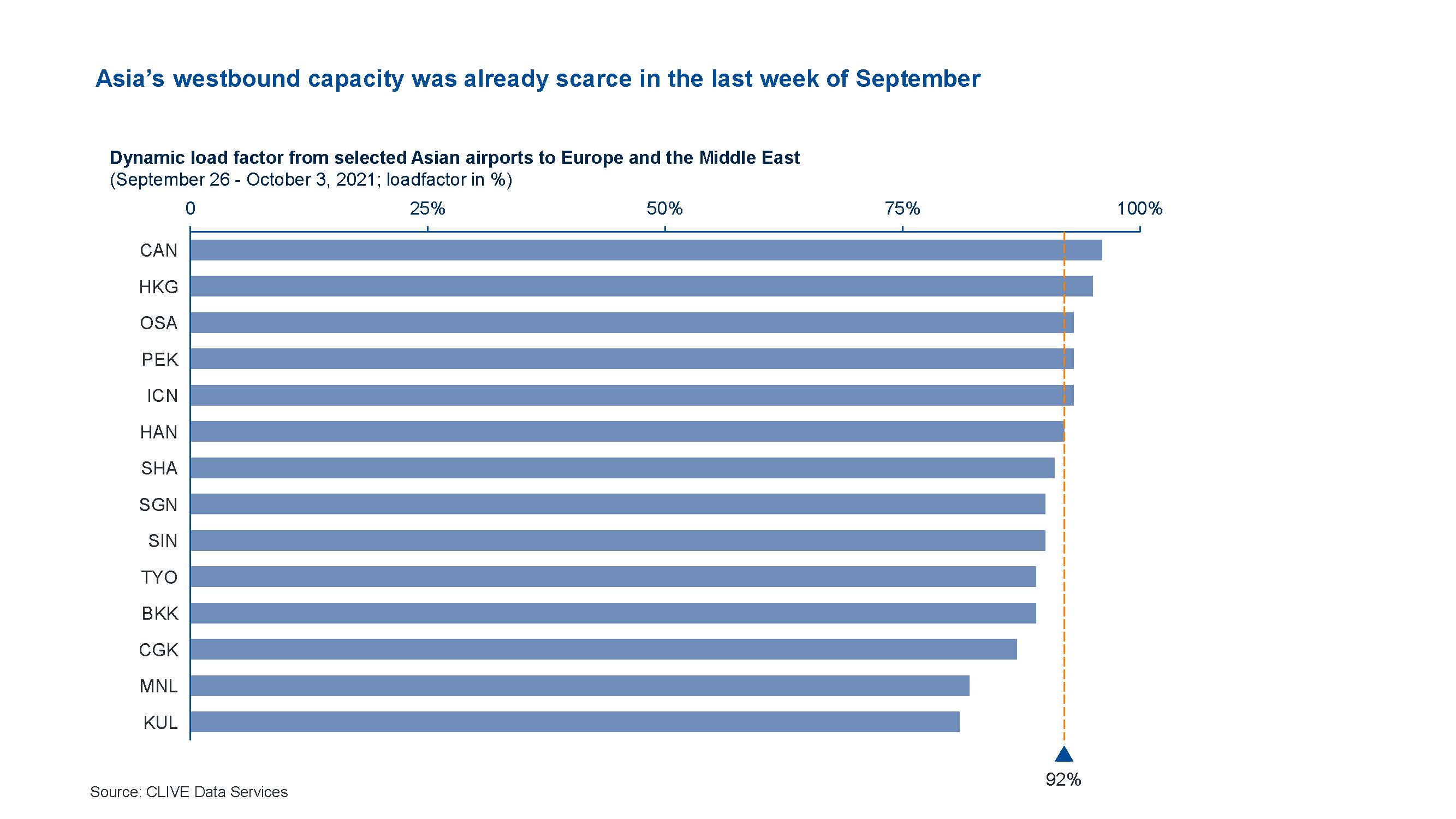 Van de Wouw said: “A dynamic load factor of 68% was not seen in pre-covid peak seasons and the fourth quarter had not even started when we saw these numbers which tells you how constrained and tight capacity is at the moment.”

He added that last year the dynamic load factor reached 72% during the peak season and he pointed out that it should max out at 80% on a global level because of trade imbalances.

“We are already getting close to that 80% and we are only at the start of the peak season. If you look at market commentaries, we don’t think it will be a typical peak season.

“It could get pretty messy pretty soon if this climb in the load factor continues in the next few weeks and we see no reason why it should not at the moment.

“Demand tends to get stronger towards the end of the year and we see very little relief from a capacity point of view.”

He explained that when dynamic load factors breach the 80% mark the market tends to switch from a buyers to sellers market.

“With such a tight market, people buying capacity, such as shippers or freight forwarders, they are jumping and rates could increase quite rapidly which does not reflect the increase in demand. People get nervous when flights are so full and they need to get their goods to the consumer.”

Elsewhere, CLIVE data for September showed that demand increased by 1% compared with September 2019 (used to mitigate Covid impact) which is line with recent months.

Capacity was down 13% in September compared with two years earlier. The overall dynamic load factor for September stood at 66%.

Van de Wouw: “The recent week-over-week increase in load factor is a significant jump by any standards and shows the pressure on the air cargo supply chain is clearly further heating up.

“If airlines are micromanaging their capacity right now, they can benefit from it quite substantially.

“Currently, air cargo capacity is still largely controlled by cargo departments of airlines, and I see no reason why this will change in the immediate term. We might, however, not be too far away from this starting to change as certain lanes traditionally dominated by passenger flights begin to open up again for passenger travel, like the transatlantic.

“This is obviously extremely important to the long-term health and survival of passenger airlines, but it will also be a bittersweet moment after the heroics of the cargo industry.

“The role of air cargo within the airline boardroom will likely start to recede and impact the demand vs. supply ratio once again.” 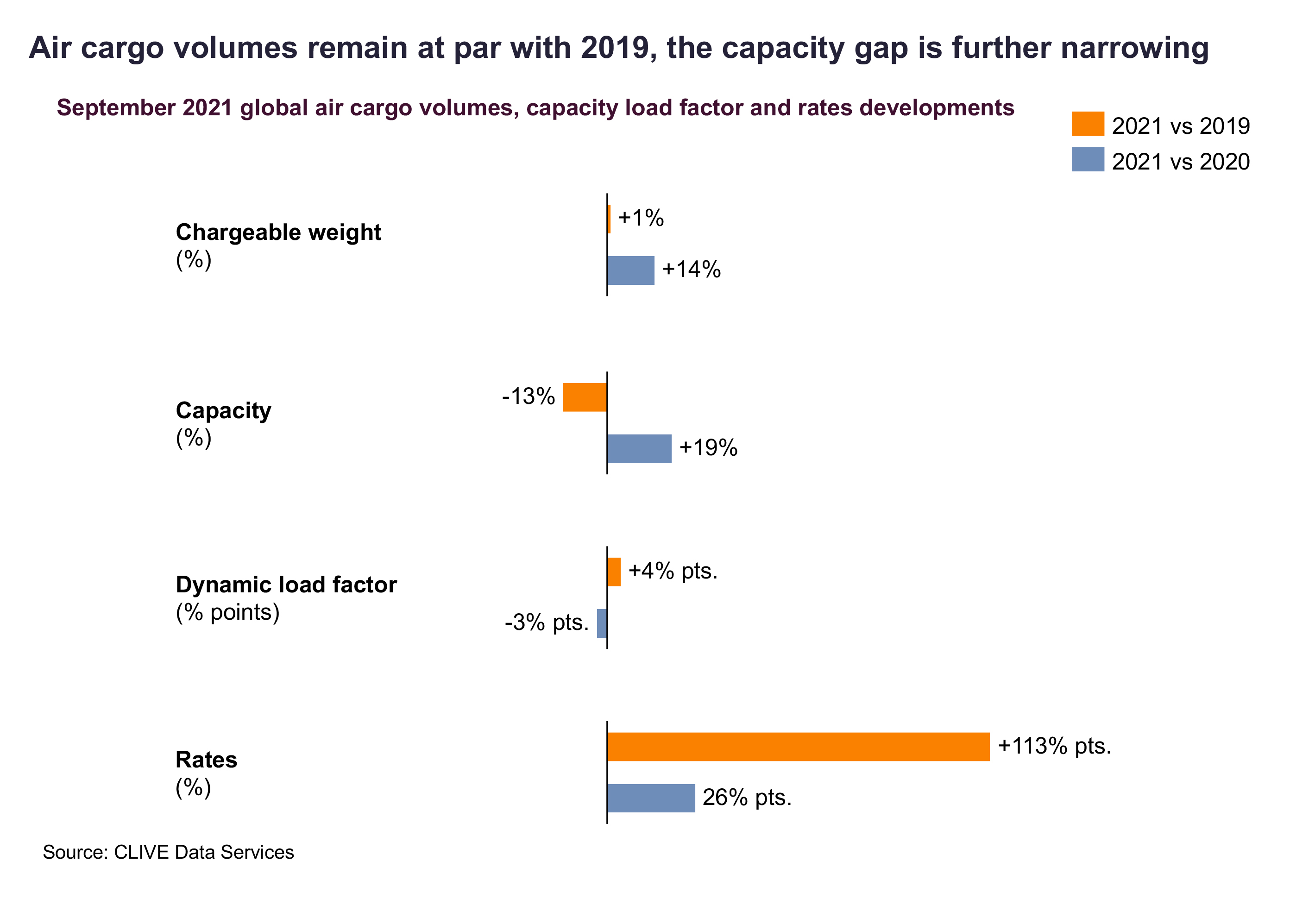