CLIVE: Did the air cargo recovery stall in May? 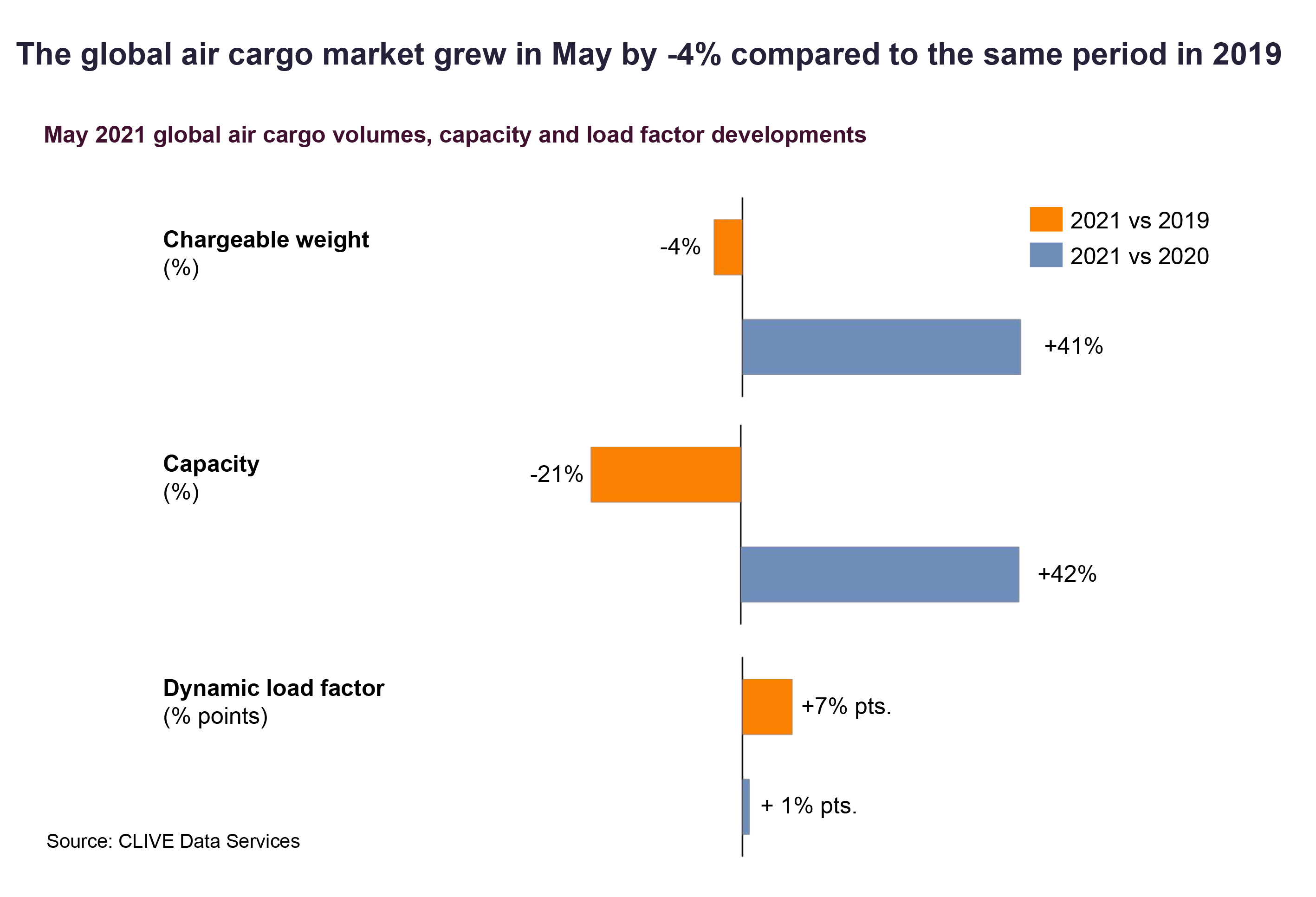 The recovery of the air cargo market appeared to stall in May, the latest figures from CLIVE Data Services suggest.

The data provider’s figures show that air cargo demand dropped by 4% in May compared with the same month in 2019 (2019 is used for comparison purposes given last year’s volatile market).

Airfreight rates, which peaked in early May, fell away towards the end of the month.

CLIVE questioned whether this could be the start of a market cool down, or whether external factors had an effect.

CLIVE Data Services managing director Niall van de Wouw said: “There were several (extended) public holidays in May which were not present in May 2019 (China, Russia and Eid al-Fitr at the end of the Ramadan) which will have impacted the monthly growth rate in a negative manner.

“By how much is hard to tell — so May 2021 is more complex to qualify than to quantity. The monthly data leaves us with a question mark that is likely to go unanswered until we see June’s level of demand.

“There are signals in May’s data that may be a cause for concern — particularly the -9% decline in air cargo volumes ex Europe versus May 2019 — but it’s certainly far too soon to tell if we are seeing a structural change in the recovery of the last few quarters. Nonetheless, there are several indicators in May that the path of growth may be slowing.”

While rates weakened as the month progressed, they are still far above 2019 levels as a result of higher aircraft utilisation levels.

“The BAI (Baltic Air Freight Indices) increased by 3% in May over April, but this is marked slowdown on the 17% growth seen in April-over-March.

“Pricing strength continues to be seen ex China and Hong Kong to the US and Europe and from Europe to the US with all three trade lanes seeing price increases in May over April, although prices peaked in early May and have fallen away in recent weeks.

“Even so, the airfreight market continues to be strong, particularly CN/HK to US, and is likely to continue for some time as demand in several markets continues to outstrip supply as eCommerce traffic increases and economic activity strengthens in many markets.”