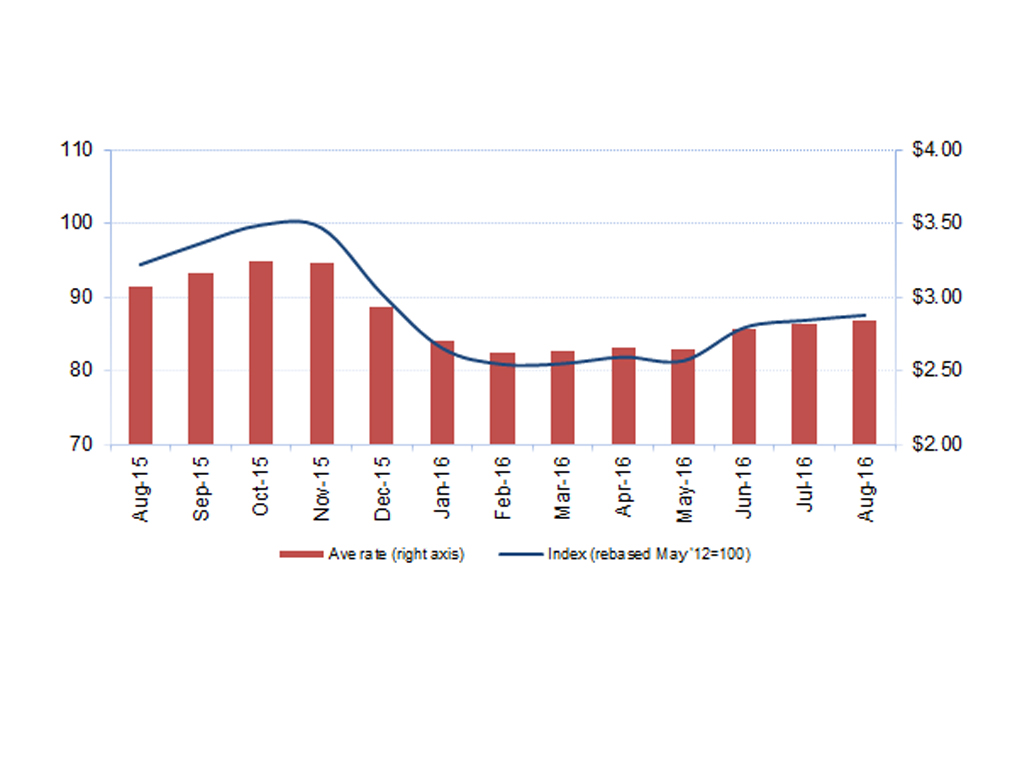 Drewry’s East-West Airfreight Price Index reached a figure of 87.5 for August (the index was based at 100 in May 2012). This compares to a figure of 94.3 a year previously, in August 2015, but a 0.7 point increase on the month previously (July 2016).
It continues a 6-month trend of generally rising rates, and brought the index level up to its highest point of this year.
However, it was also the lowest August figure since the index was launched in 2012.
According to Drewry Sea & Air Insight, pricing is expected to further improve this month (September), airfreight rates likely to have benefited from the loss of sea shipping capacity caused by the collapse of Korean shipping giant Hanjin.
Nevertheless, Drewry said that it expects airfreight pricing to “remain under pressure for the rest of the year as air cargo capacity continues to expand at a faster pace than demand”.
Drewry’s East-West Airfreight Price Index is a weighted average of all-in airfreight ‘buy rates’ paid by forwarders to airlines for standard deferred airport-to-airport airfreight services on 21 major East-West routes for cargoes above 1,000 kg.