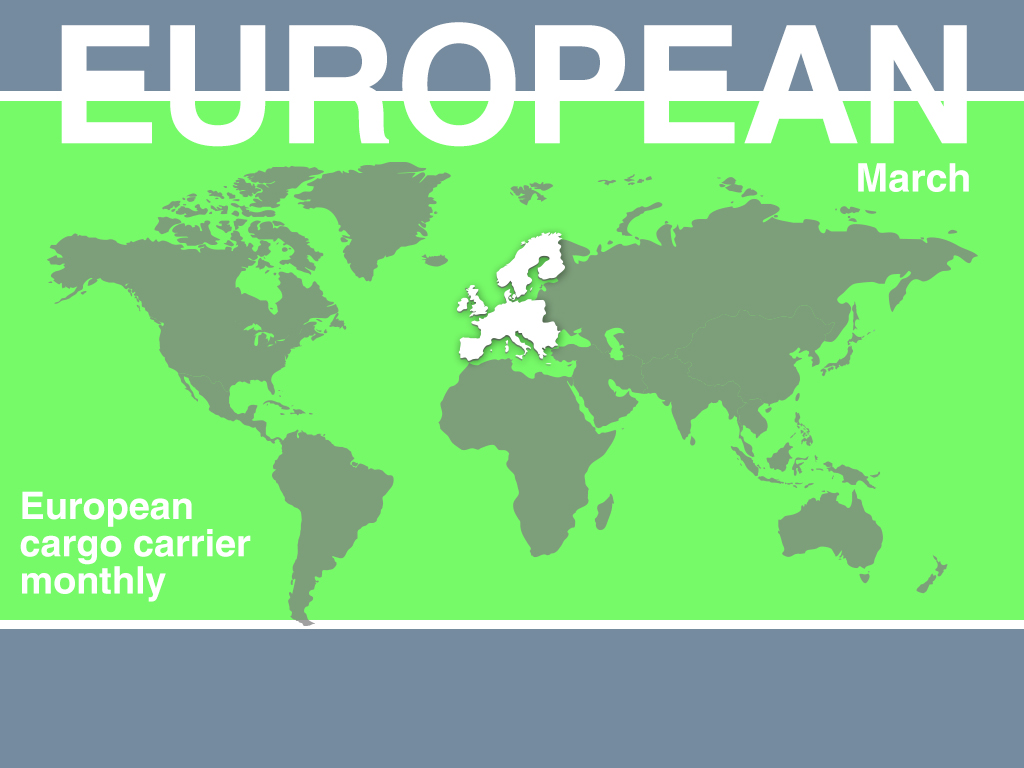 March proved to be a bumper month on the cargo front for European airlines, with Lufthansa, Air France KLM, IAG Cargo and Finnair all registering improvements in traffic.
The largest of the carriers in cargo terms, Lufthansa, saw demand increase by 13.3% year on year to 980m revenue cargo tonne km.
This is the airline group’s largest monthly percentage improvement registered since Air Cargo News records began back in 2012. It is also the ninth monthly year-on-year improvement in a row.
Click here to access the data hub or an the chart below to view an interactive version 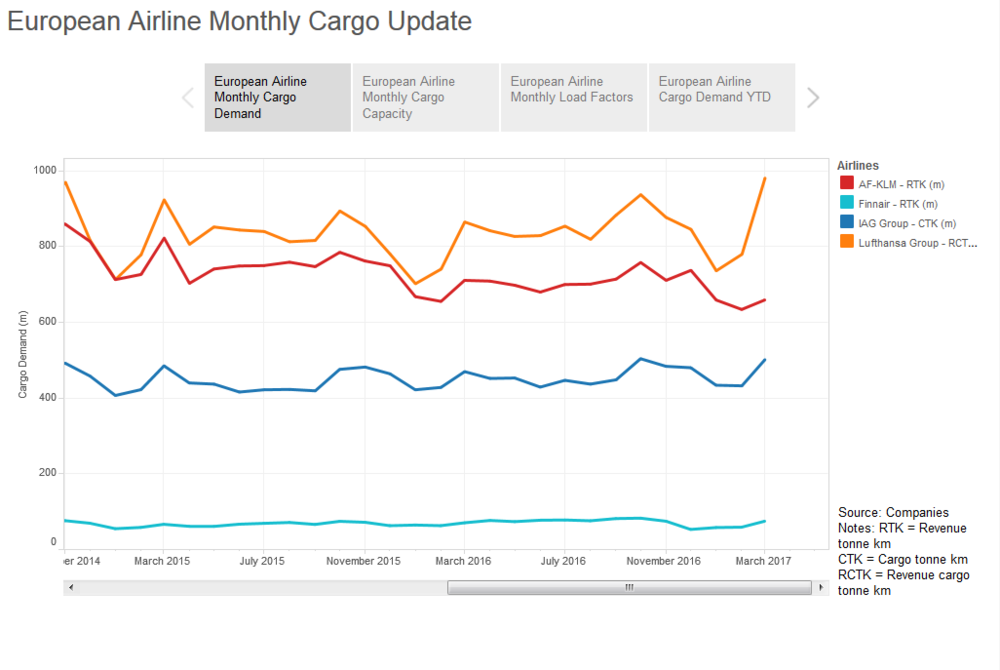 Demand increased ahead of supply and as a result the airline group’s cargo load factor reached 73.8% compared with 69.5% during the same month in 2016. In fact, this is Lufthansa’s best monthly cargo load factor since November 2014.
For the first quarter, Lufhansa saw cargo traffic improve by 8.1%.
There was also good news at Air France KLM as it registered its first monthly demand improvement since April 2016.
The Franco-Dutch airline group saw demand increase by 5.6% year on year in March to 659m revenue tonne km. The Air France part of the business saw demand improve 10.6% and KLM by 2%.
Its cargo load factor for the month improved to 63.4% from 60.4% a year earlier.
Over the first quarter traffic was up by 0.5% − the group’s first quarterly improvement since the first quarter of 2014.
IAG Cargo also continued its run of traffic growth as it registered a 6.6% year-on-year improvement to 501m cargo tonne kms. Its Aer Lingus subsidiary registered an improvement of 36.4%, Iberia was up 3.3% and British Airways increased by 6.5%.
It is the airline group’s biggest jump in monthly year-on-year demand since September last year and the twelfth increase in a row.
Finally, Finnair registered its first improvement in air cargo demand of the year as traffic increased by 5.9% to 74.9m revenue tonne km.
“The cargo volume grew markedly both in Asian and European traffic but decreased in North Atlantic and domestic traffic,” the carrier said.
Its cargo load factor for the month climbed to 64.7% against 58.8% in March 2015.
During the first quarter cargo traffic was 3.3% down on a year earlier.
At the end of last year the carrier experienced issues with a new cargo system while this year it reduced widebody capacity in Asia as it suspended flights to Chongqing as planned due to pilots’ A350 training.
US carriers also recorded strong growth in demand during the month.