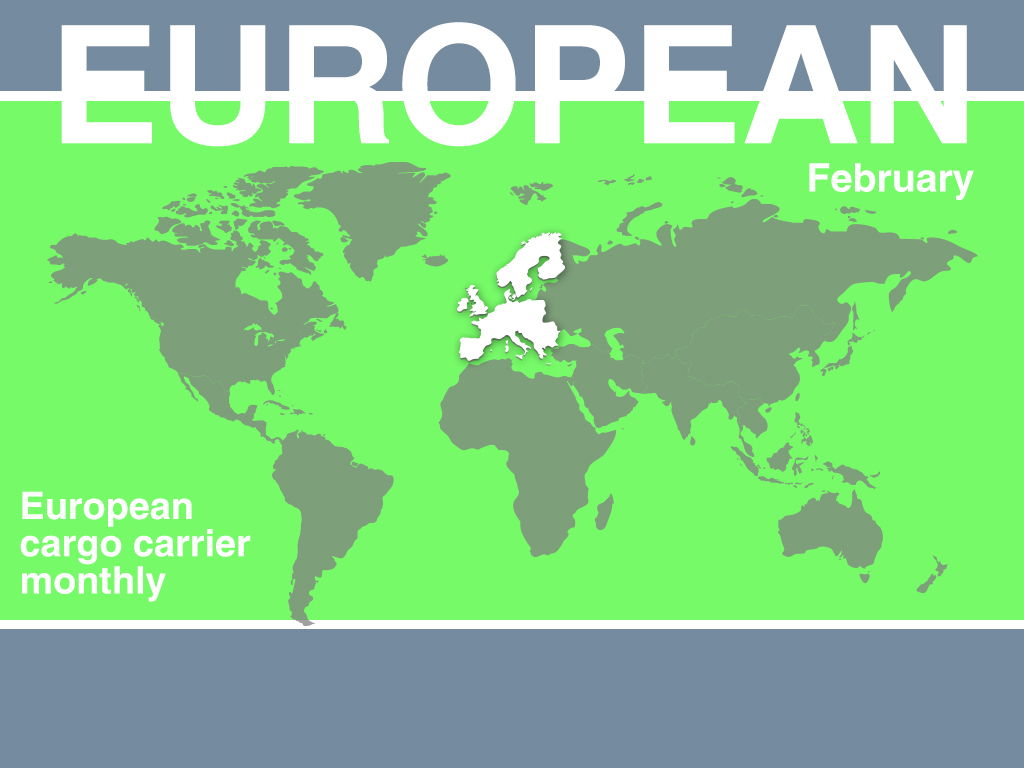 Cargo demand at European airlines seemed to plateau in January, with only Lufthansa reporting a demand increase of note.
The latest monthly figures show that IAG Cargo registered a decrease in traffic, there were small improvements at Finnair and Air France KLM (AF KLM) and Lufthansa registered a larger improvement. Performance during the month was affected by winter conditions.
The Germany-based carrier group saw cargo traffic increase by 6.3% year on year in February to 828m revenue cargo tonne kms, following on from a 9.3% improvement in January.
Meanwhile, capacity increased by 6% and as a result its load factor for the month edged up to 71.1% compared with 70.9% last year.
Click on image for interactive chart

AF KLM, meanwhile, saw cargo demand increased by 0.7% year on year in February to 637m revenue tonne kms. This is in line with performance in January
Growth at the Franco-Dutch airline group has tended to lag behind its European rivals in recent years as it undergoes a restructuring of its freighter fleet.
While that process is now complete, it is also retiring its fleet of B747-400 combi aircraft. The airline currently operates nine combis, down from 16, and all of them are expected to be retired by 2020-2021.
February’s figures were also affected by strike action. Its cargo load factor was the same as the February 2017 figure at 60.5%.
IAG Cargo registered its second decrease in cargo demand in a row as traffic slipped by 1.1% to 427m cargo tonne miles.
For the year-to-date demand is down by 0.9% on a year earlier.

A spokesperson from IAG Cargo said:  “A later Chinese New Year combined with unseasonably cold weather across North America and Europe has had a marginal effect in the first two months of 2018 versus the previous year.
“These are short term effects on our industry. Our long-term investment plan continues to focus on investing in the products and services our customers need, such as increasing capacity to key markets through a new daily Madrid to Tel Aviv service and new partnerships with MASKargo and Air New Zealand which have opened up previously unserved markets.
"Our focus on premium products also continues and we are encouraged by the strong Constant Climate volumes we have seen throughout the beginning of 2018.”
At Finnair, cargo demand improved by 0.6% year on year to 59.5m revenue freight tonne kms. This improvement lags behind growth last year and a January improvement of 5.2%.
“Cargo flight volumes decreased from the comparison period, when Finnair rented cargo space from Japan Airlines,” the airline said.
“Difficult winter conditions at Finnair’s home hub Helsinki-Vantaa and in many other European hubs caused several delays and cancellations in the beginning and end of the month,” it added.
Read more air cargo data news