Freight forwarders are continuing to opt for short-term airfreight deals as volumes and rates continue to decline.

The latest statistics from Xeneta-owned CLIVE Data Services show that in November air cargo volumes declined 8% year on year and were down 2% on October, while the dynamic load factor – based on weight and space – was down five percentage points on last year at 61%.

It is the ninth month in a row that demand has fallen.

The declines have resulted in forwarders taking a ‘wait-and-see’ approach before committing to long-term capacity deals in case prices continue to decline, said CLIVE.

In total, just 2% of contracts were for longer than six months (see chart at end of article), CLIVE data showed. 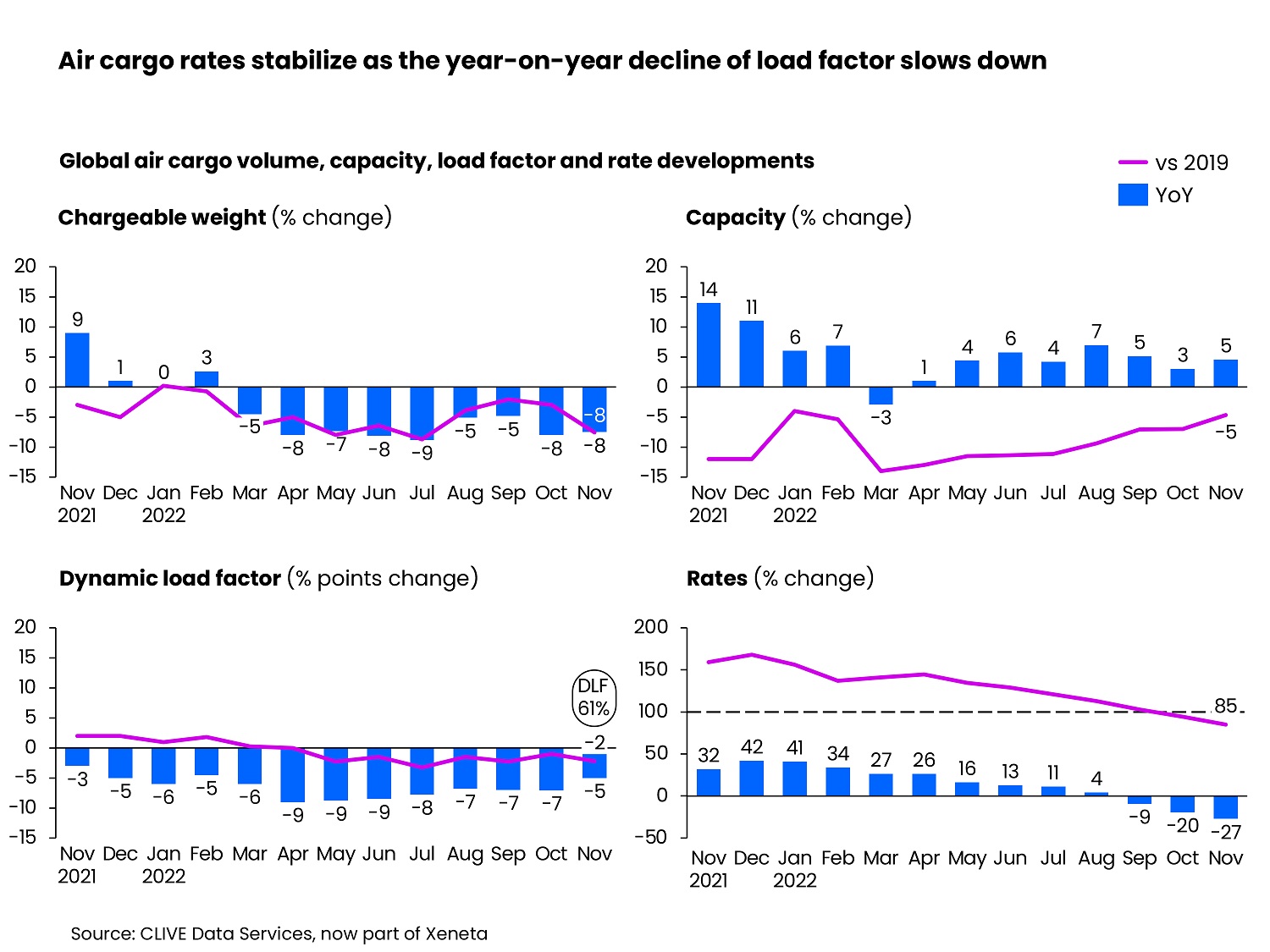 Xeneta chief airfreight officer Niall van de Wouw said: “What we are seeing is a lot of uncertainty still. After such a big drop of -8% in air cargo demand in October, we saw a little stability return in November, so the market is not worsening, it’s just very hard to read longer term.

“This is reflected in the rise in short-term contracts, with forwarders unwilling to commit to long-term deals.

“Shippers should see some benefit from this in terms of their air and ocean budgets, and falling rates may provide one glimmer of hope for cash-strapped consumers that potentially lower shipping costs in 2023 will make some goods more affordable.

“There are still so many influencing factors to consider, including the depreciation of the US dollar and its impact on trade.”

The data provider added that falling ocean rates could fuel some modal shift back to ocean.

The average November air cargo spot rate on the transpacific corridor of $5.82 per kg was down 32% in comparison to last year, but still 139% above the 2019 level.

CLIVE said that ocean rates had fallen 79% year on year on the trade, only 30% above the 2019 level, which will “likely trigger further modal shift from air cargo to ocean as the sea freight market chaos eases”.

“Impacted by the persistent war in Ukraine, this represented a 16% year-over-year decline. Again, the ocean market witnessed a far greater fall as container freight rates fell 78% over the last year,” CLIVE said.

“Lastly, the air cargo spot rate from North Europe to US East stood at $3.23 per kg in November, down 37% from last year’s level

“In contrast, ocean freight rates climbed 10% from the same period of 2021, nearly 3.5 times the 2019 level, making this the only routing among the top three volume corridors where the air cargo market remains somewhat competitive.” 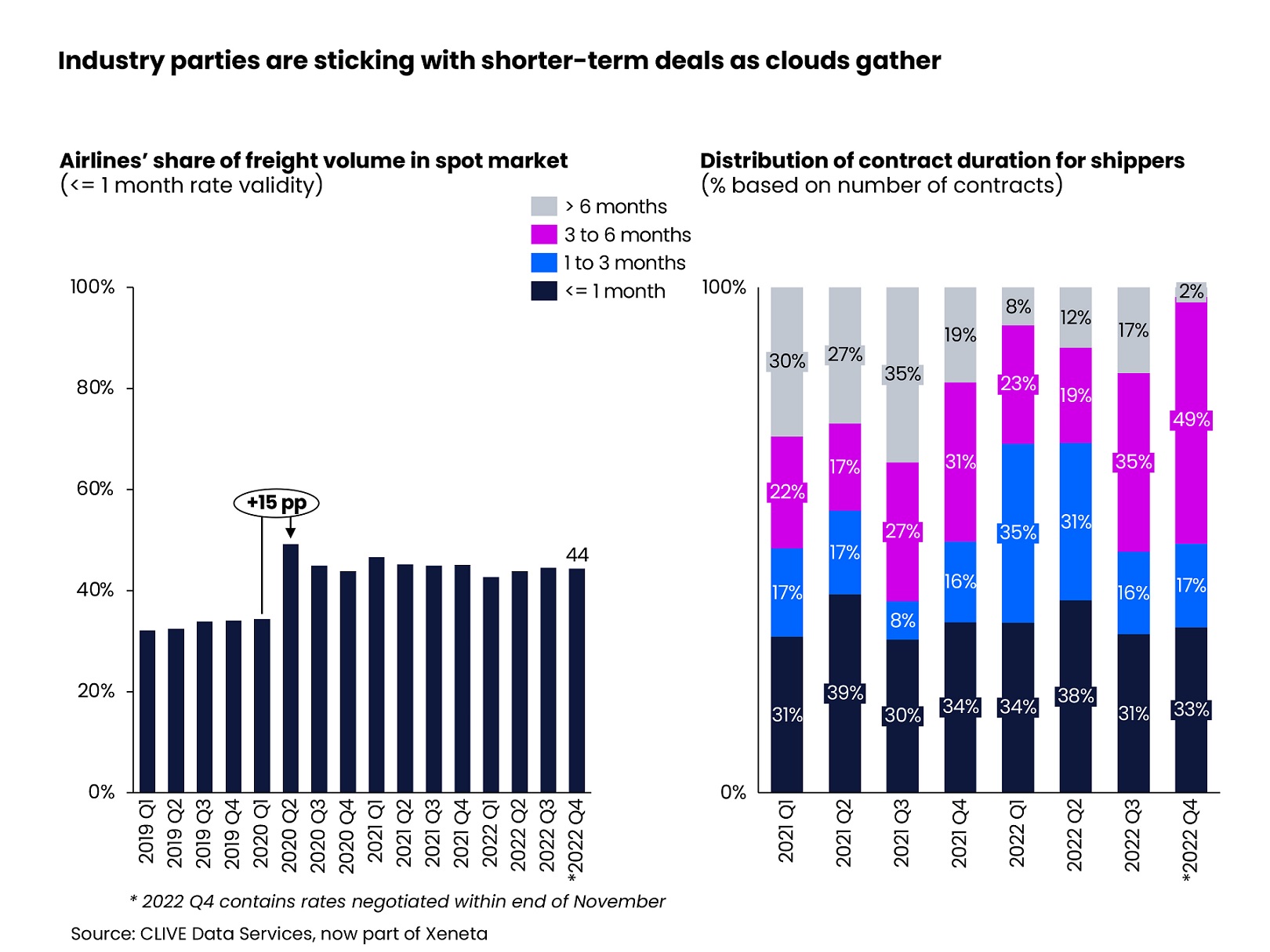