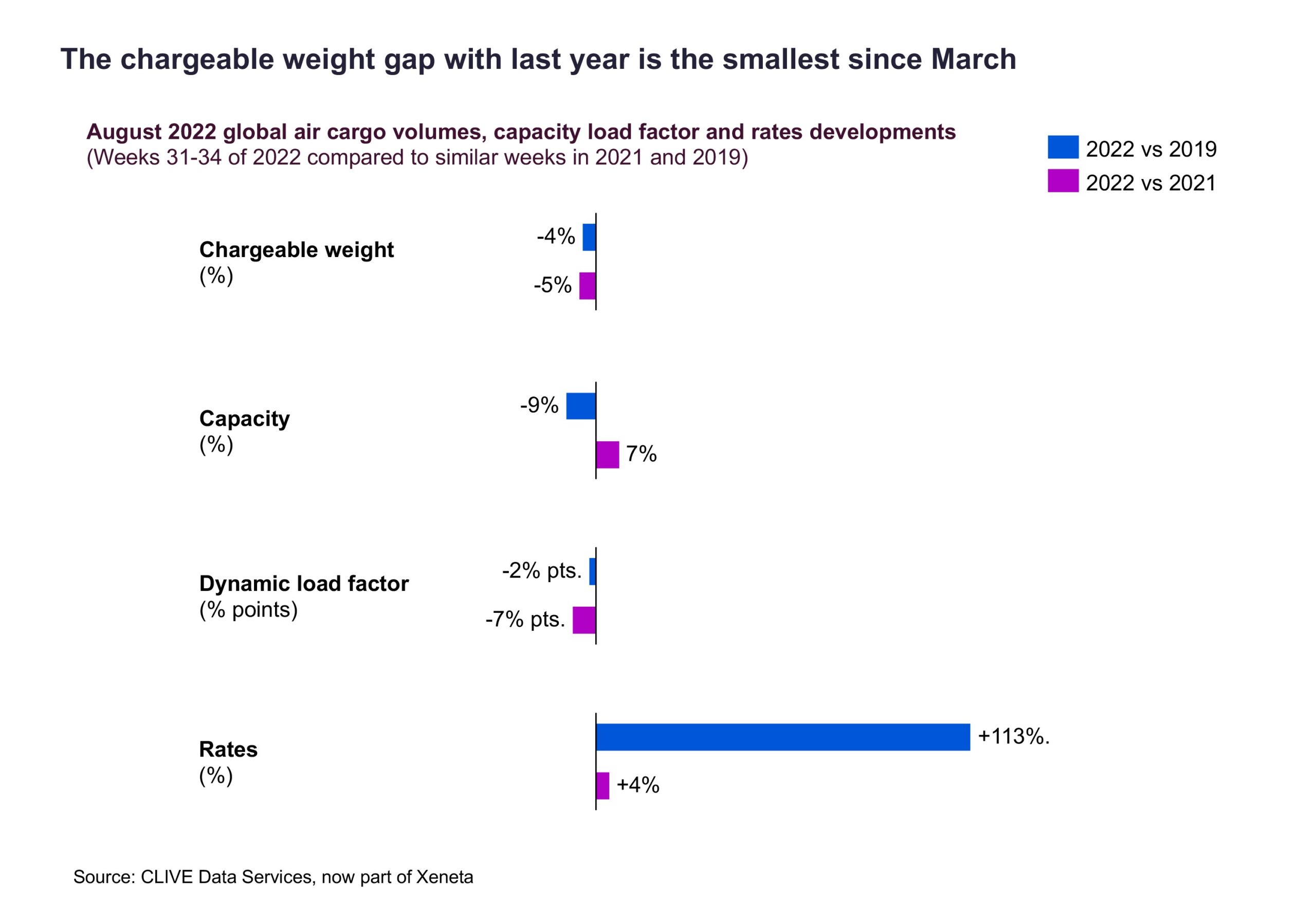 The air cargo demand figures for August could signal a better-than-expected end to the year, according to data provider CLIVE Data Services.

The latest figures from Xeneta-owned CLIVE show that in August air cargo demand was 5% down on a year earlier, a more modest decline than the 8% and 9% drop-offs registered for June and July respectively.

Xeneta chief airfreight officer Niall van de Wouw said the August figures could be an early signal of volumes and rates starting to pick up again.

Although he still expects a muted peak season due to supply chain disruption, it could be “better than expected”.

“In many respects, this latest data is quite remarkable relative to the two previous months because volumes in August – traditionally the quietest summer month due to the holiday season – levelled out and out-performed June and July when compared to last year’s volumes,” he said.

“The strong dollar and its parity with the euro clearly boosted demand from Europe to North America, with westbound load factor remaining above average for the month at 61% and rates stabilising on these lanes.”

While demand was down on a year ago in August, capacity increased by 7% and as a result the dynamic load factor – taking into account both weight and volume – was down seven percentage points on last year at 58%. 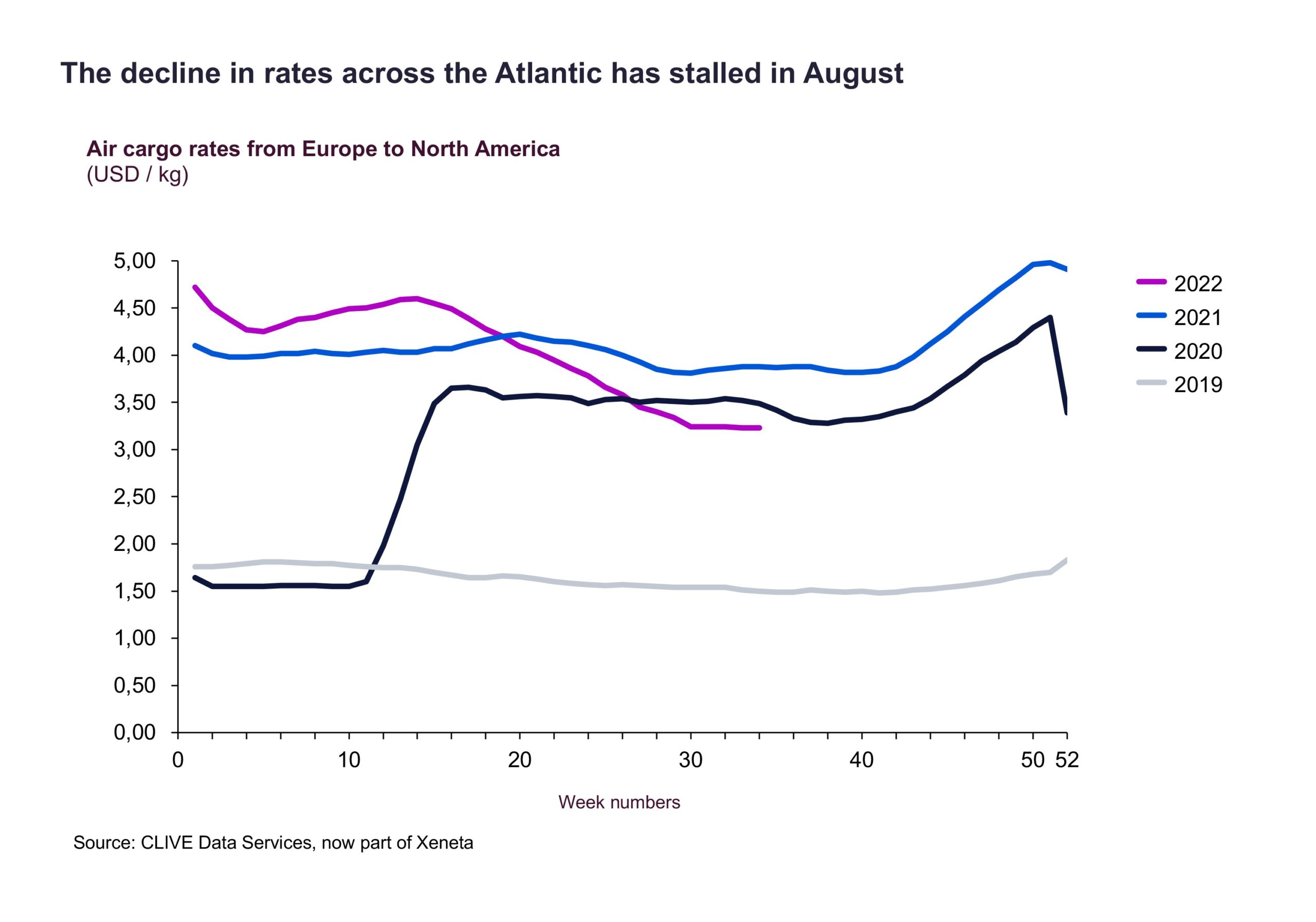 Looking ahead, van de Wouw is expecting capacity to come back out of the market in the coming months, which could push prices higher.

“With a slowdown in global economies expected in the near term, airlines are reporting reductions in their winter schedules, and we are likely to see continued capacity constraints on popular air cargo trade lanes, such as outbound Asia to Europe and North America, and Europe to North America,” he said.

“If the fall in demand is easing, however, as August indicates, that capacity shift could see us return to a seller’s market again and load factors return to the mid 70% to 80% range. It is fair to assume volumes will be higher in November than in August.”

However, he cautioned the air cargo market remains “chaotic and difficult to predict”, name-checking staff shortages, the war in Ukraine, natural disasters, record US inventories, inflation and Covid lockdowns in China as all having the potential to bring “more air cargo market volatility over the rest of the year”.