Airfreight volumes fall again in May

General air cargo market volumes fell again in May as the pandemic, Ukraine-Russia war and economic turbulence continued to take their toll.

According to Xeneta’s CLIVE Data Services, general air cargo market volumes fell 7% year-over-year in May, following on from declines in April and also in March.

Airfreight demand for May was also down on pre-Covid 2019 figures for the month, declining by 8%.

Capacity, meanwhile, was up by 4% year on year in May and dynamic load factors – taking into account both weight and space – were down by nine percentage points on last year to 60%.

Air cargo market performance in May was affected by the continuing war in Ukraine, the ‘cost of living crisis’ causing consumers to reduce spending, stock market declines, higher interest rates, Covid-related restrictions in China, and more warnings of global recession.

However, continued oceanfreight and port congestion and disruption will benefit air cargo.

Niall van de Wouw, founder of CLIVE and now chief airfreight officer at Xeneta, said North Atlantic air cargo data in May 2022 may provide a test case for the direction of other markets once they also return to their pre-Covid levels.

He said the Europe to North America market has “changed profoundly in the last 8 weeks from load factors of 82% in March to 64% in May”.

“So, this is not just seasonality, it is the capacity coming back into this market. In March it was 44% higher than in 2021 and in May around 82% [up]. This is a big swing, and it emphasises the jump in the cubic capacity on these routes.”

One “light on the horizon” for air cargo volumes might stem from the outcome of the current labour negotiations at US west coast ports and any potential future disruption to the ocean market across the Pacific, which van de Wouw describes as “another example of an external event that has nothing to do with airfreight that could still have a profound impact on the market.” 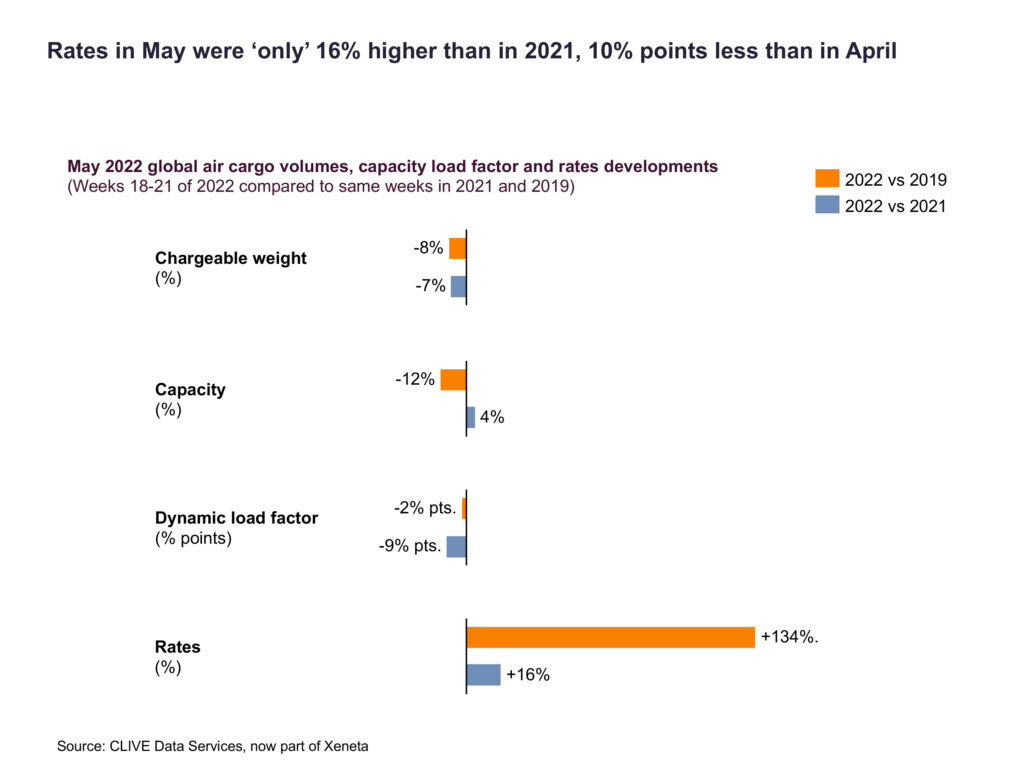 Airfreight rates have continued to drop since the return of more passenger flights and the introduction of airline’s summer schedules. In the last week of May 2022, rates from Europe to North America showed negative year-over-year growth for the first time in two years.

“The Atlantic market is interesting to follow to see how rates shift in the coming months, as it might be a bellwether on how other markets will develop when the capacity of passenger flights returns to it former level and beyond. We sense an anticipation of a slower summer market, followed by hope for growth in Q3 as is traditionally the case, but the market does not look great right now. There are more clouds on the horizon than there were two months ago,” van de Wouw said. 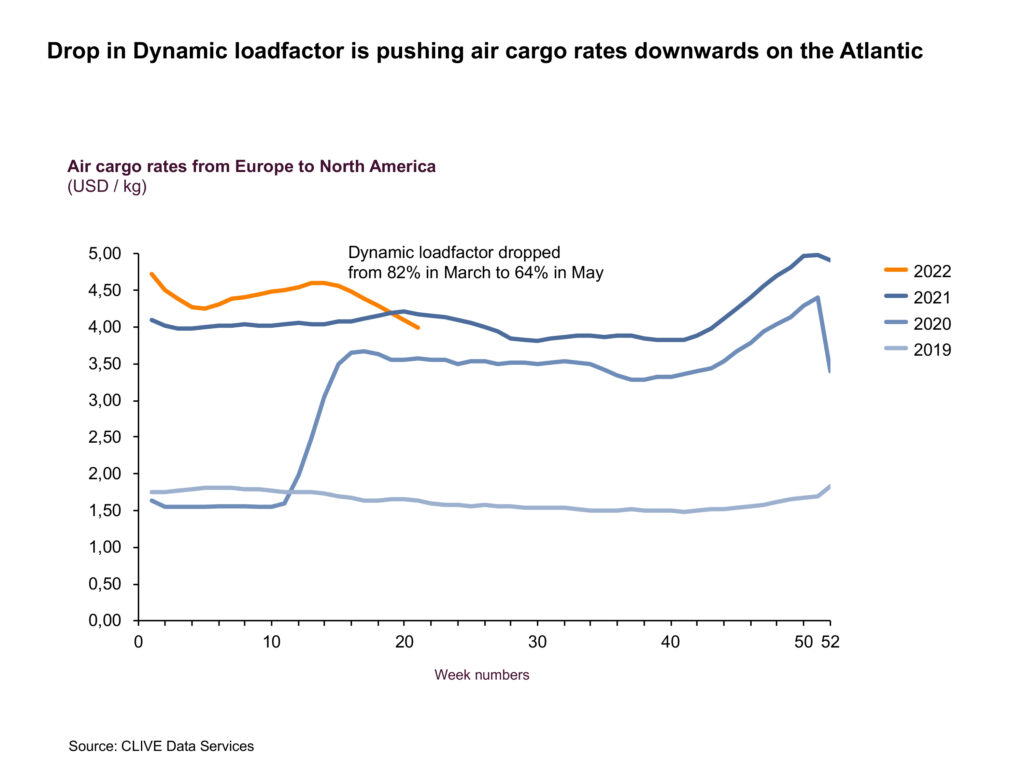