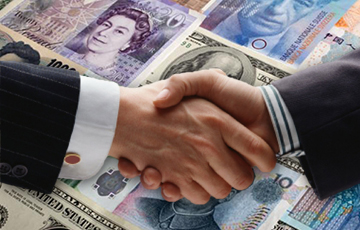 A lower oil price looks set to fuel 2015 mergers and acquisitions (M&A) activity in the transport and logistics sectors.
Global consultancy PwC believes that one key driver of improved M&A across modes “will likely be the decline in fuel costs globally, as oil prices have fallen to their lowest level since 2009.
"We expect these prices to improve profitability and shore up balance sheets, thus providing additional capital for more inorganic growth through M&A.”
PwC’s latest quarterly round up of M&A in the transport and logistics arena found that a “lacklustre” 2014 ended weakly, with the fourth quarter accounting for the lowest deal value and the second lowest deal volume of the year. M&A volume and value remain near ten-year lows.
But 2015 has kicked off with two deals totaling nearly US$8bn, both involving Japanese logistics companies seeking to improve their global footprint.
Added to that, Danish logistics player DSV says it has $1bn to spend on acquisitions to grow outside Europe. DSV was involved in failed talks late last year to take a strategic stake in US forwarder UTi.
DSV chief executive Jens Bjoern Andersen told news agencies: “We want something that could give us a larger presence in North America, South America and Asia.”
The DSV comments  came just a few days after Toll Holdings, Australia’s largest international logistics company, announced that it is to be sold to the Japanese post office in a deal worth A$8bn.
The Toll takeover announcement came 24 hours after another giant of the Japanese freight industry, Kintetsu World Express, said that it was paying around US$1.2bn for APL Logistics from Singapore-based shipping operator NOL Group.
Did you find this article of interest, if so why not register for a FREE digital subscription to Air Cargo News? – Find out more