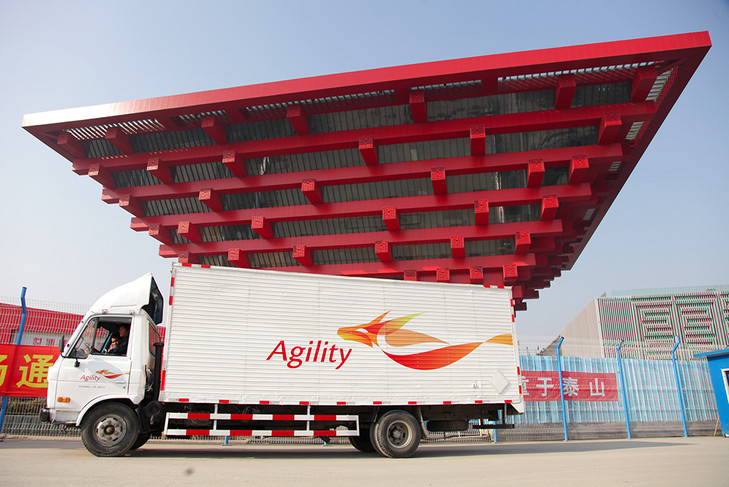 Logistics firm Agility Global Integrated Logistics (GIL) reported a 4% decrease in revenues during the second quarter and a softer airfreight market.
The Kuwait-headquartered company said that second-quarter revenues slid to KD259m largely as a result of currency volatility.
With currency effects stripped out of the result, it would have recorded a 1% decline in revenues.
“This slight revenue decline is a result of the general logistics market performance and also the planned end of some large contracts,” it said.
“The freight forwarding market showed mixed performance in the second quarter of the year relative to the beginning of the year, with a softer airfreight market and consistent ocean freight market.
“The contract logistics market, especially in emerging economies, continues to grow, however. This growth in contract logistics demand, coupled with improved yields in Agility’s airfreight business, and better commercial disciplines, has resulted in margin expansion within GIL.”
The overall Agility group, which also includes an infrastructure division, recorded a 4% year-on-year decline in revenues to KD328.4m but net profits were up by 5% to KD13.5m.
Agility chief executive Tarek Sultan said: “The global logistics market is a mixed bag in terms of growth, with continued sluggishness in China and Europe; and ongoing pressure on rates.
“In this environment, we are pleased to report that Agility continues to post steady growth in profitability. Agility’s GIL business continues to drive margin expansion through commercial transformation, financial discipline, and productivity improvements powered by technology.”