Agility on a growth trajectory despite market slowdown 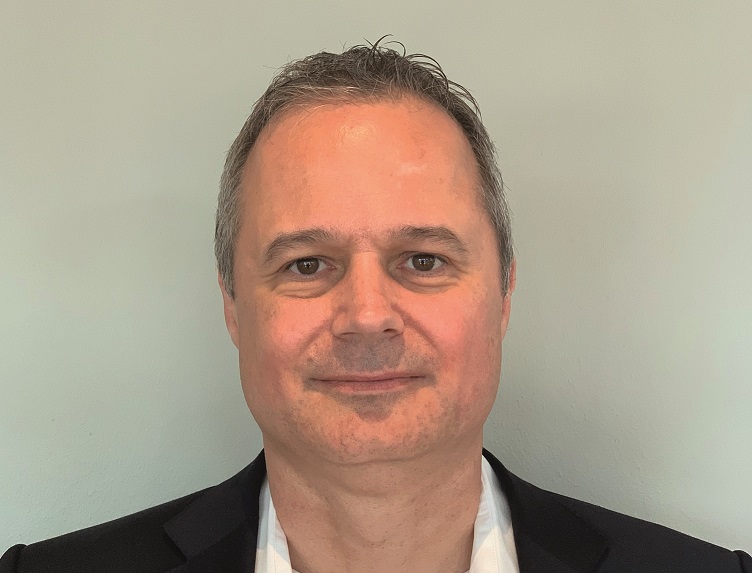 Michael Blaufuss’ CV reads like a Who’s Who of the freight forwarding industry over the last 30 years, but surprisingly he has only really worked for two different companies.

Blaufuss is currently Agility Global Integrated Logistics (GIL) senior vice president of airfreight but began his career in logistics in 1989 at a US-based forwarder called AEI.

He worked for the company in Frankfurt, where he grew up, starting out as a trainee, before becoming a clerk, export manager, gateway manager and then operations manager for the whole of Germany.

It was around then that AEI was purchased by Deutsche Post-owned Danzas.

Blaufuss initially maintained his position in Frankfurt before moving to Danzas’ head office in Basel where he worked in the airfreight department until 2003. Around this time the forwarder was renamed DHL Danzas Air and Ocean before eventually becoming DHL Global Forwarding.

“There was a lot of renaming in the first part of my career,” he explains. “It was at this point [2004] that I moved to a company called GeoLogistics, which I knew was soon going to be sold, but I wanted a bit of adventure.

“In 2005 the company was taken over by Agility and then rebranded. My first position there was European director for airfreight and then in 2006 I was promoted to my current role.

“I think it’s fair to say that since 2005 Agility has changed considerably as a company, so I wouldn’t say my job today is the same as it was in 2006, even though the title is the same.”

The rapid expansion Agility has seen during the last 13 years is borne out by the numbers.

Increasing revenues
In 2005, the overall company, including its infrastructure business, reported revenues of KD453m ($1.4bn) and employed 18,000 people. Last year revenues reached KD1.5bn and the number of employees stood at 26,000 people.

On airfreight alone, Blaufuss says that revenues reached more than $1bn last year, compared with around $300m when he first joined GeoLogistics.

However, it has not all been plain sailing during that period. The company — as well as the overall industry — was buffeted by headwinds following the global financial crisis, and it entered a period of prolonged litigation over a US government contract.

The legal dispute began in 2009 and was not resolved until 2017. During that time, the company could not pursue new US government contracts.

“In the beginning, Agility grew through acquisitions and then there was organic growth,” says Blaufuss.

“However, then we had the global financial crisis in 2008-2009 and at the same time we were in dispute with the American government on the billing of a supply contract.

“So we had to work through that period as well which was obviously not a period of growth. It was more a period of maintaining the numbers by getting new business.”

Over the last couple of years, however, Agility has been enjoying buoyant airfreight growth.

Last year, volumes were up by 9.2% year on year and in the first quarter of this year the company reported an increase of 5.2%, despite the overall market declining by around 2%.

“In the fourth quarter of 2016 the air cargo market enjoyed a very strong comeback — and that was the case until last December,” Blaufuss says.

“Since then the market has declined, but that has not been the case for us. We were still growing at 5% in the first quarter in volumes and that is, I think, simply an outcome of all our work we did in 2017 and 2018 with customers and with the offers and services we provided to them, which allowed us to grow, even in a market which is not so nice anymore.”

He says that the growth comes mainly from customers shipping from Asia and from customers located in the Middle East and across various sectors, including fashion and high-tech.

Looking ahead, Blaufuss is cautious about how the market will progress in the remainder of 2019 given the China-US trade dispute, but he adds that Agility hopes to maintain the 5% growth it reported in the first quarter.

He adds that the trade dispute is causing some customers to re-think their sourcing strategy, while others have already started to move manufacturing away from China.

“[If companies move manufacturing to Southeast Asia] they are still going to have to move between the original manufacturing site in China and the new one, and then from there they will still use airfreight.”

He says that airfreight has benefitted from a rush to move cargo ahead of the tariff increases, and could gain again if there are further increases.

However, he adds that these are short-term gains and over the longer term the tariff increases are not good news for air cargo.

Another challenge faced by forwarders in the current market, says Blaufuss, is lower revenues as rates have declined.

However, he says the company does not need to change its approach to the market in response to this: “We just manage the business as we usually do. There’s no special activity or guidelines to our Agility Network.”

On the peak season, forwarders are not expected to see the capacity shortages that they have faced over the last couple of years because of the weaker demand situation.

Blaufuss says that while it is a little early to judge how the market will progress, the expectations of lower demand will not affect its approach to the market.

“We will probably get different responses from customers this year [in terms of their volume requirements], but our approach and the way we manage it, no, that won’t change,” he says.

“We will talk to the customers, and we’ll do that because that’s what our customers are expecting from us, and we will listen to their feedback and see what they are advising us. And then we’ll do the planning according to our needs.”

Looking to the future, the company will continue to invest in its digital offering. Agility is already considered to be ahead of the curve in terms of its online capabilities.

Last year, online rate portal Freightos carried out a study that examined the digital services offered by the top 20 forwarders.

While most on the list were found to be lagging, Agility was highlighted as a good example of how a forwarder’s online portal should function as it was one of only two (at the time) that was able to offer instant less-than-container load quoting.

Keeping connected
Agility offers digital booking through its Shipa Freight service. Development work on the platform started in 2016 with a soft launch for selected customers in mid-2017 and full launch in March 2018.

The platform targets small and medium customers, as larger players are able to connect using Electronic Data Interchanges (EDI). It is designed to be as simple and quick to use as possible with no registration process necessary.

Blaufuss says that the company is now working on a new operating system.

“We will continue to invest generally into digitalisation because that is a big subject for us,” he says.

“In the short term, the biggest headline for us is the roll-out of our own new operating system which is in-house developed.”

Blaufuss says the new operating system will allow Agility to get closer to the customer and also improve shipment visibility with real-time status updates.

He is not able to reveal timelines for the project, but explains that it will be launched “sooner rather than later”.

The importance Agility places on digital development was highlighted in its first-quarter results.

“GIL’s digital strategy involves the development of systems and technology that will improve productivity, differentiate its products, and position it as the industry’s leading innovator,” a company spokesperson said.

The industry has been going through a consolidation phase over recent years and Agility found itself at the centre of one of the biggest merger deals of recent years when it began talks with Panalpina over a coming together.

Blaufuss is not able to comment on this area of the business directly, but analysts have suggested that Agility could examine other targets.

“[If Agility were to make an acquisition] my bet would be another European player to strengthen ties between Europe, Asia and Africa/Middle East connections further,” Roberson says.