AGX and Knot Global Japan respond to call to action 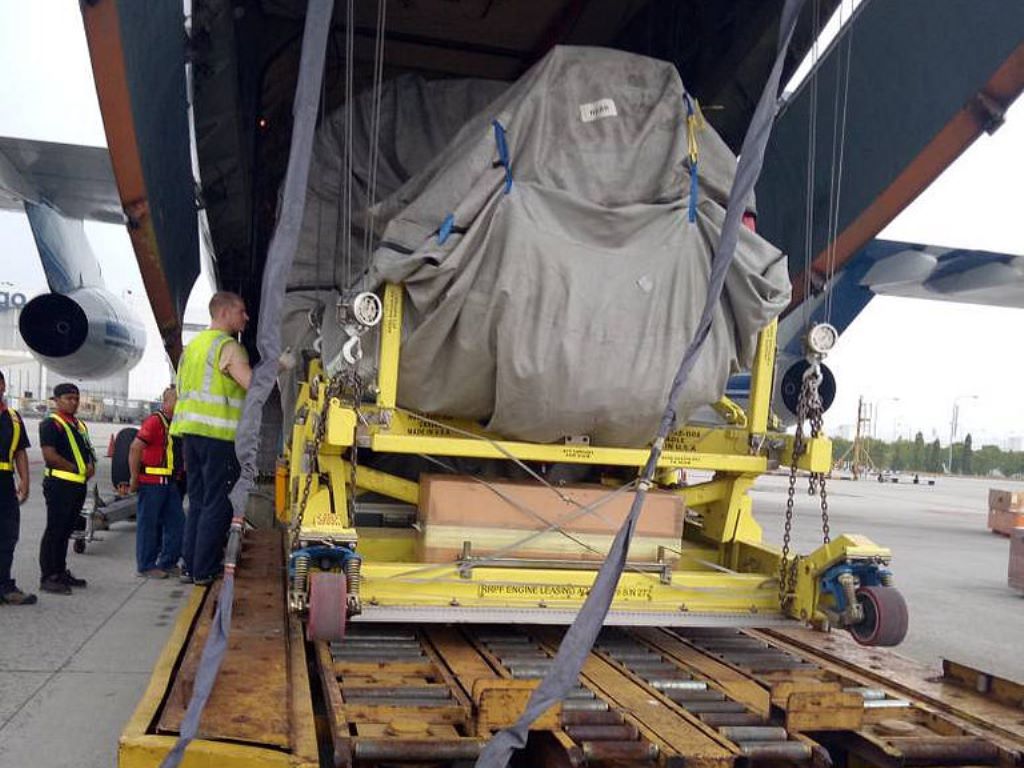 Freight forwarders AGX and Knot Global Japan have co-operated on a critical aircraft on ground (AOG) logistics shipment after an aircraft made an unscheduled landing as a result of engine trouble.
The aircraft, en route from Kuala Lumpur to Honolulu, made the unplanned stop at Naha Airport on the Japanese island of Okinawa on February 27 and was then forced to wait for a replacement engine.
At 04:00 AM that day, the AGX AOG desk received a call just 1 hour and 45 minutes after the first indication of engine trouble.
The AGX team was tasked with delivering a 40-tonne Rolls-Royce Trent 700 aircraft engine with associated tooling and equipment to Naha.
Within four hours, AGX had chartered an IL-76 aircraft for the move. However, in order to secure the required Japanese clearance permissions, it turned to fellow X2 Logistics member Knot Global (X2 Logistics is a freight forwarding network headquartered in Bangkok, Thailand).
The necessary clearance was acquired and the IL-76 aircraft carrying the replacement engine was cleared for landing on 1 March, just two days later.
The Trent 700 engine was handed over to engineers at Naha Airport and within hours the aircraft was back in the sky.
Read more freight forwarder news