Airbus on board for the US 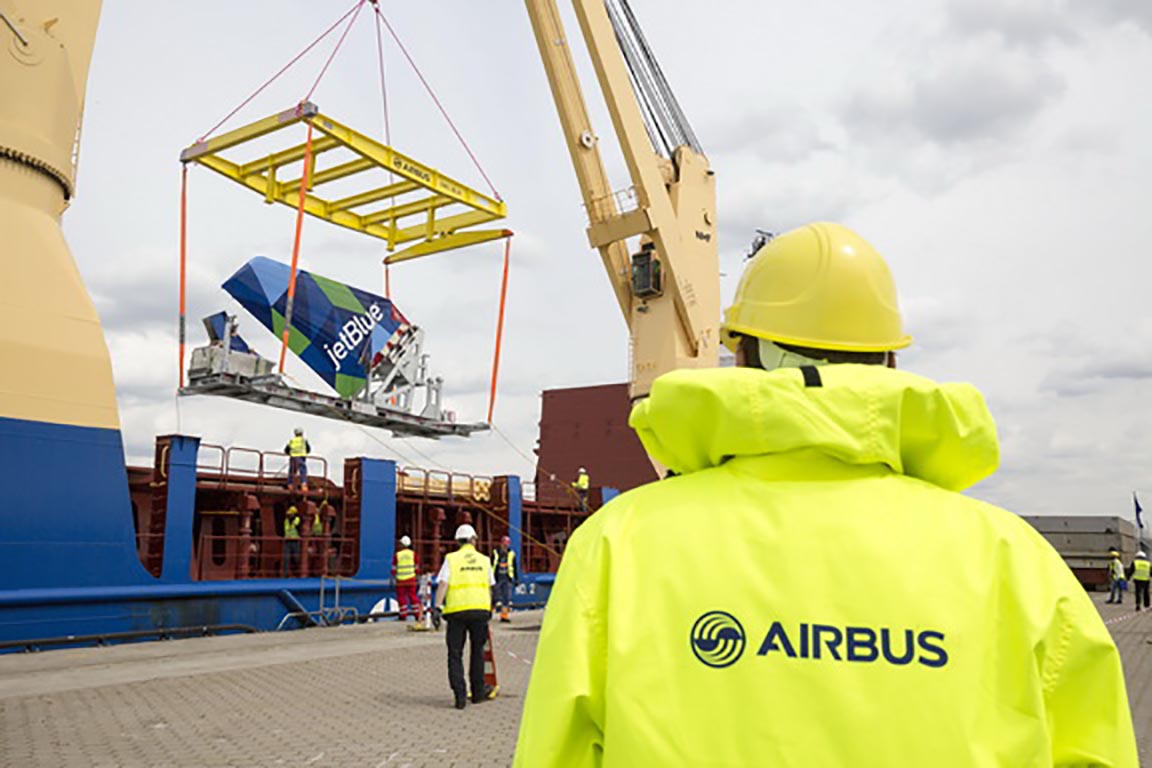 Airbus components for the first US-produced A320-family aircraft have left German port Hamburg, bound for Mobile, Alabama.
The major component assemblies (MCAs) consist of the wings produced in the UK, the rear fuselage section produced in Germany including the tail cone (produced in Spain), and the forward fuselage section, including the cockpit, produced in France.
The first US-manufactured aircraft is an A321ceo destined for delivery to JetBlue in 2016.
Airbus established the Airbus US manufacturing facility in Mobile to assemble and deliver A319, A320 and A321 aircraft to meet the growing needs of its customers in the US and elsewhere.
It is the company’s fourth production facility, including Toulouse in France, Hamburg in Germany, and Tianjin in China.