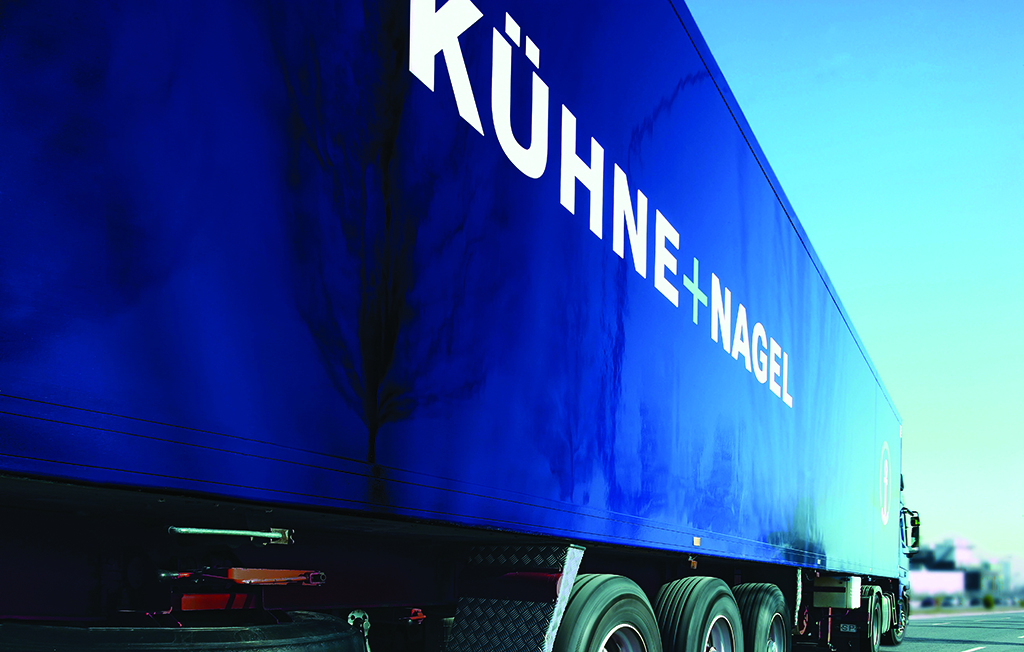 An airfreight surge at the start of 2015 helped freight forwarder Kuehne + Nagel (K+N) to a two per cent improvement in group earnings to SFr153m for the first quarter of 2015.
Airfreight volumes were up 6.7 per cent to 304,000 tonnes compared with the same period last year, said the Swiss-based company.
K+N gained a significant share of the strong European export business and, at times, bucked the market in increasing its export volumes from North America and Asia. Airfreight volume from South America, the Middle East and Asia also developed at the same rate as in the previous year, it added. 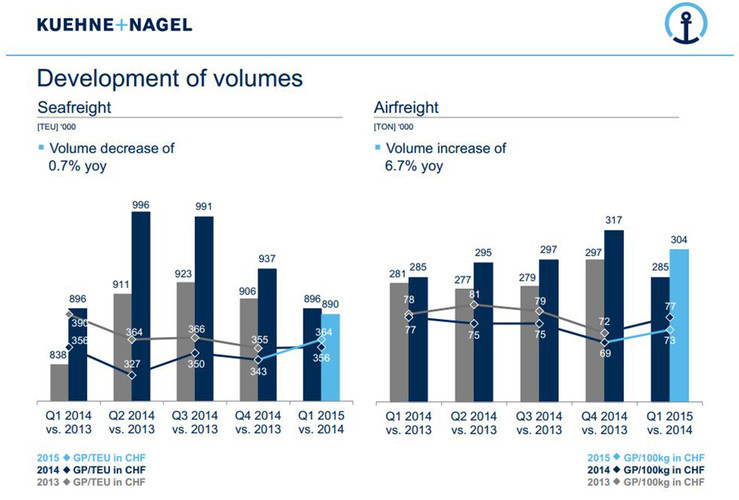 Despite adverse currency factors, net group quarterly turnover was flat at just under SFr4.1bn and gross profit fell compared with the same period last year to SFr1.5bn.
Seafreight volume was down, although profit per container was up. Earnings from the overland business were up, despite a 15.2 per cent fall in net turnover while the momentum gain in 2014 in the contract logistics business continued into 2015, although it later slowed due to volume reductions by major customers in western Europe.
Overall, said chief executive Detlef Trefzger, the results were “remarkably positive, considering the decreasing import flows of goods to Europe due to the weakness of the Euro (and)…the strong Swiss Franc.”