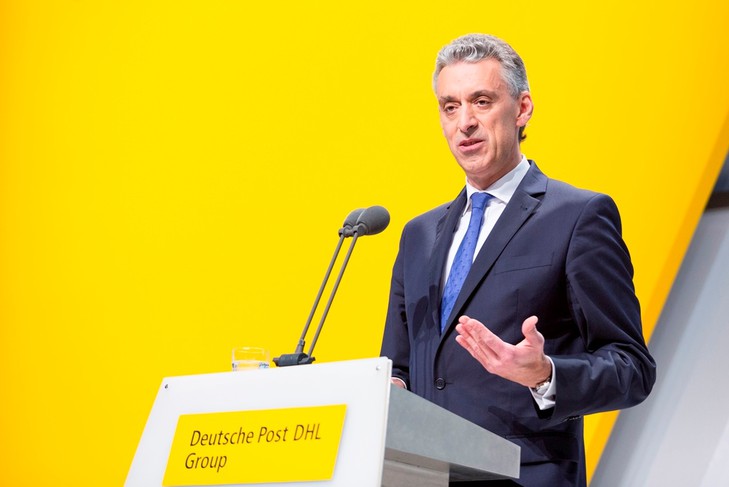 Deutsche Post DHL Group chief executive Frank Appel has outlined the company’s financial targets for the year ahead and also voiced his optimism that the rise of protectionism will not hold back trade growth.
Speaking at the company’s annual general meeting in Bochum today, Appel said the company would aim to increase operating profits to €3.75bn in 2017 from €3.5bn last year.
He also confirmed that in the medium term it would increase earnings before tax and interest by an average of 8% per year between 2013 and 2020.
On protectionism he said: "World trade drives prosperity, and prosperity promotes peace. We therefore don’t need less globalization, but more – and we need it now and sustainably.”
He added that countries should invest more heavily in education and infrastructure in the interests of long-term growth.
Looking to where the company would invest in the future, he identified: creating environmental efficiencies, rethinking logistics in a digital world, investing in e-commerce services and promoting electromobility-based logistics.
On the environment, the company intends to increase its carbon efficiency by 50% against 2007 levels.
"Local air pollution emissions will be reduced by using environmentally-friendly pick-up and delivery solutions, including bicycle delivery and e-mobility options, for 70% of first and last mile services," DP DHL said. "More than 50% of sales will incorporate green logistics solutions."
In addition, the group will engage 80% percent of its approximately 510,000 employees around the world on environmental issues with special GoGreen training sessions and will collaborate with partners to plant 1m trees each year.
For digital development, the company is investing in its parcelcopter delivery system while the supply chain business has used robots to reduce the workload of warehouse staff.
Also, the freight division had launched Saloodo!, a virtual market place that brings shippers and transport providers together.
The company has also invested in electromobility through the use of 2,500 street scooter vehicles and it operates the largest commercial electric fleet in Germany. DP DHL plans to double the number of self-produced electric vehicles it uses to 20,000 by the end of the year.
Appel re-affirmed the group’s goal of being the market leader in e-commerce-related logistics. To this end, the company was continuing to invest steadily in the expansion and modernisation of its infrastructure in this area. It would be establishing a further “parcel center par excellence” at the former Opel site in Bochum with a capacity of up to 50,000 items per hour.
The group had already launched a similarly sized parcel center in Obertshausen in the Frankfurt region in June 2016, also creating 600 new jobs there.
Last year, DP DHL saw revenues decrease by 3.2% year on year to €57.3bn, but earnings before interest and tax (Ebit) increased 44.8% to €3.5bn and net profit increased by 61.8% to €2.8bn.