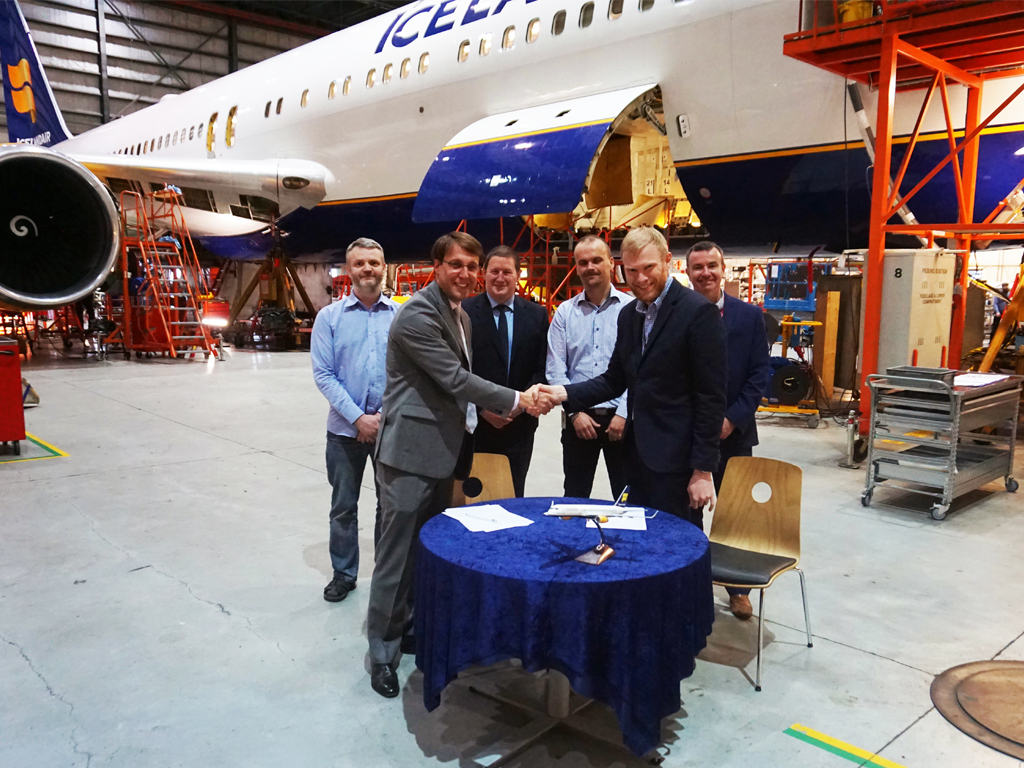 Icelandair Group has awarded B&H Worldwide a three-year contract to handle its urgent aircraft spares, with an option for two further years.
The aerospace logistics specialist will move parts from vendors in Europe, North America and Asia on behalf of all three Icelandair Group companie – Icelandair Technical Services, Icelandair and Icelandair Cargo.
B&H Worldwide chief executive Stuart Allen said the contract would use the logistics company’s London based time critical logistics centre and Cloud-based OnTrack system, adding: "We are implementing a thorough programme of end to end systems integration and supply chain improvements that will include complete visibility of all of shipments, improved transit times and ongoing cost reduction.”
B&H’s Los Angeles and Hong Kong regional offices will also play a key role in the contract and the Los Angeles hub will consolidate where multiple parts are destined for Icelandair’s Chinese maintenance facility.
B&H’s Miami and Singapore offices will also operate as regional support centres for Icelandair.
A number of test shipments have already taken place, including urgent engine movements.
Icelandair’s vice president technical operations, Jens Thordason, commented: "While price is always an important factor in choosing a partner, it was B&H’s continuous improvement process and their focus on how we can reduce costs and at the same time do things smarter which sold us on their services.”