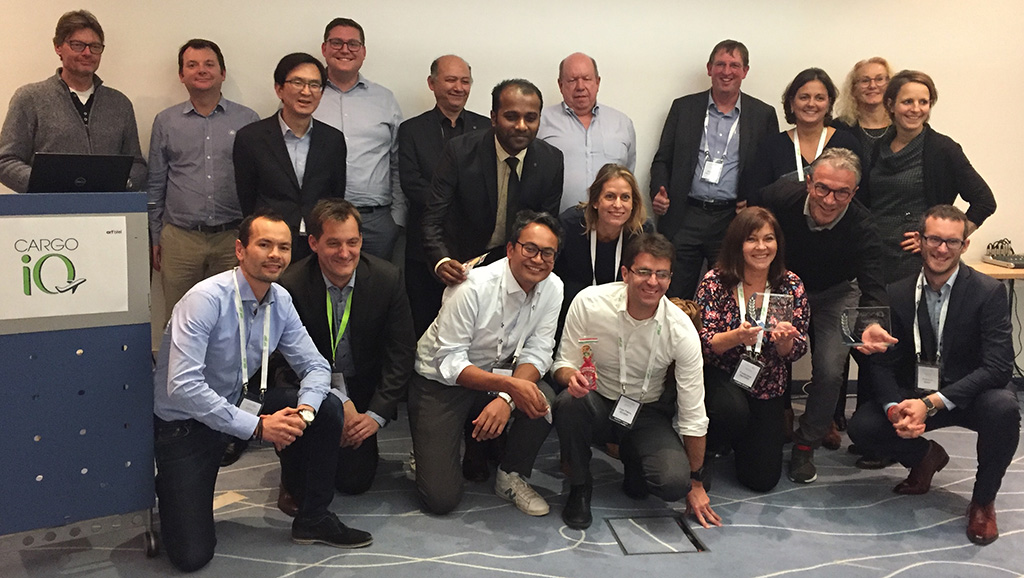 Freighter airline Cargolux and global forwarder Panalpina have won the first stage of Cargo iQ’s Q Rally challenge after working together to boost data quality and performance at Luxembourg Airport.
The Cargo iQ initiative by the IATA quality standards interest group challenges its members to work together in collecting data which focuses on improving quality in the industry, to create tangible benefits for their organizations.
Cargolux and Panalpina, two of 14 members taking part in the first challenge, identified that Ready for Carriage (RCS) notifications were being sent before Freight Waybill transmissions were received, "resulting in process inconsistencies or delays in the supply chain at Luxembourg Airport," said Cargo iQ.
By ensuring RCS notifications were correct, the Cargolux and Panalpina team was able to improve the quality rating at Luxembourg Airport from 69% to 94% in just six months, beating the target that they set for themselves by nine percentage points.
“The result of the first Q Rally shows that different organisations can work together to produce tangible outcomes,” said Franco Nanna, director – global logistics services at Cargolux.
He added: “Cargo iQ can be compared to a well-functioning family, where every member respects each other, because it doesn’t just benefit one or two members, it benefits the entire cargo industry.”
The collaborative nature of the Q Rally has been applauded by the participating members, with representatives from Cargolux and Panalpina preparing to join forces again, in early 2019.
“The advantages of working with Cargo iQ members are that definitions and standards are known, and the Q Rally is about identifying the root cause of problems to eliminate them,” said Marie Seco Köppen, corporate air freight business process and integration manager at Panalpina.
She added: “In the next stage, we will work with Cargolux again to find a solution to triggering Freight Status Updates in a timely manner, which is crucial for our customers.”
Ariaen Zimmerman, executive director at Cargo iQ, said: “The Q Rally is a Cargo iQ member project that identifies inconsistencies in air cargo processes with the aim of finding innovative solutions through collaborative problem solving.
“The first stage was successfully completed by outstanding teams from Panalpina and Cargolux and resulted in the Freight Waybill quality at Luxembourg Airport significantly increasing, which is another example of how Cargo iQ membership is beneficial for air cargo organizations.”